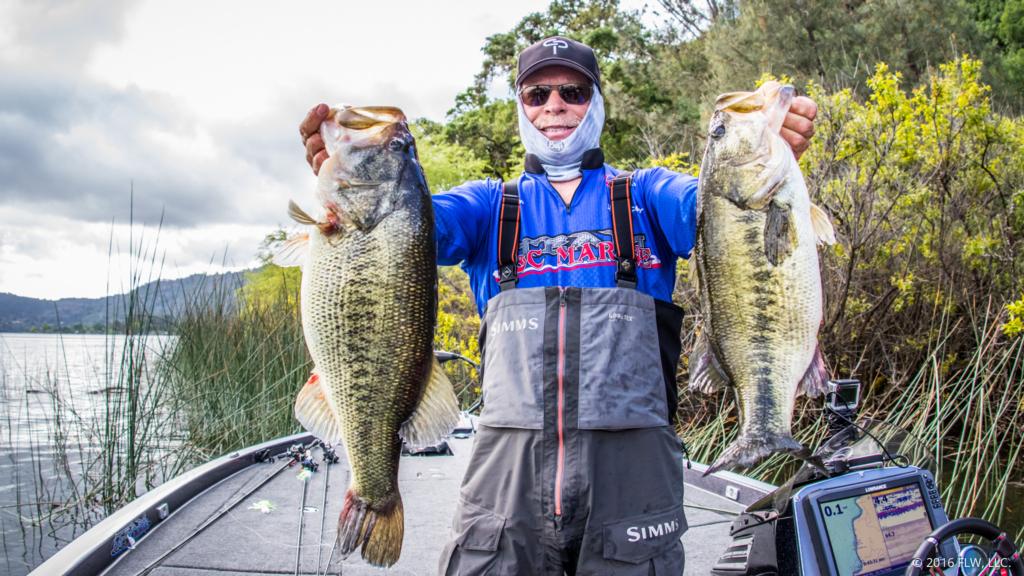 Changes are afoot at Clear Lake, and watchful anglers will be hoping that fall’s onset will counteract potentially tough conditions as the Costa FLW Series Western Division concludes on this California powerhouse fishery Sept. 28-30. 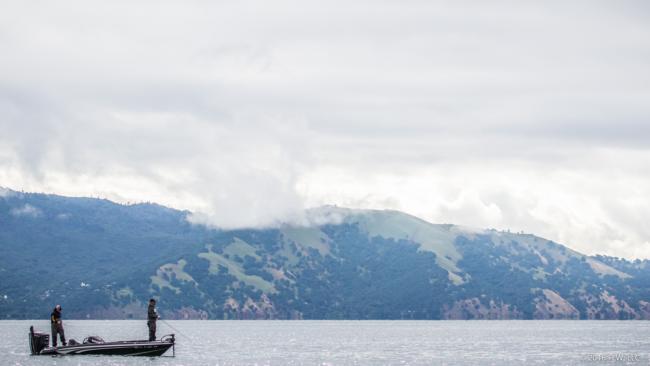 The grass common to Clear Lake’s shallow upper end has been greatly reduced this year, according to California pro Jared Lintner, who, during a recent scouting trip, also found heavy algae staining throughout much of the north end. The staining, he says, lightens as you head south, but he estimates no more than a foot of visibility anywhere on Clear Lake.

Another change anglers will encounter is the weather. A cool-down earlier this month brought relief from sweltering heat and high water temperatures, though highs climbed back into the 90s late last week. This week’s forecast is for another cool-down. Not only might the cooling water diminish the algae levels, but as divisional points leader Joe Uribe Jr. notes, it’s likely to kick off the early fall transition.

“As air temperatures drop into daytime highs of upper 70s to low 80s, with overnight temperatures in the low 50s, the fish should start schooling up on shad in the early mornings and late evenings,” Uribe says. “The shad should start moving to the mouths and backs of the creeks, coves and shallow docks.

“The weather will really dictate how good the bite will be as it either gets colder or warmer before the event,” Uribe adds. “Typically the colder it gets the better at Clear Lake, as the fish will really start to move up during the colder nights, and they’ll school up in the early brisk mornings around shallow cover to feed on shad.”

In normal years, Uribe would lean more toward the lake’s north end, but given the grass situation, he thinks the entire lake will be in play, with bait and bass broadly scattered.

“The south end offers deeper water and more rock, and the north end offers lots of shallow docks and sloughs,” Uribe says. “The mid-lake will probably be the most crowded as anglers will tend to group up on community areas with deep water and bigger boulder-type rock. Fishing there will come down to luck of the draw and a matter of posting up on the right sweet spots.”

Lintner says that high water could also impact the scene. The water was a couple of feet high early last week, and though it’s dropped a few inches, according to the USGS, it’s still about 1 1/2 to 2 feet above normal for fall.

“You put 2 more feet of water in the lake and that obviously opens up the shallow spots like the tules, docks and laydowns, along with little sloughs and creeks,” Lintner says. “But it also puts more water on those rock piles and corners of seawalls.” 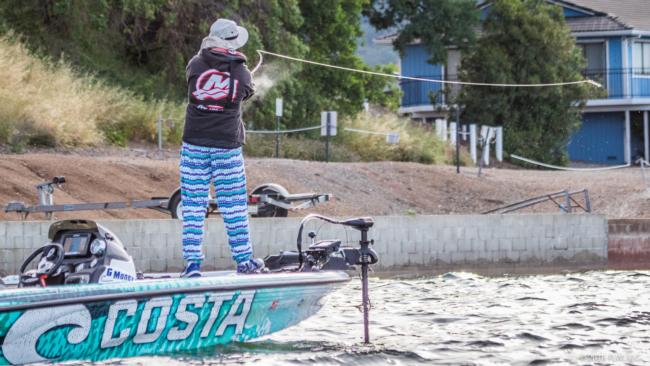 If the onset of fall patterns can outshine the lake’s conditions, anglers could see a wide-open playing field with something for just about any style. That said, Uribe warns against inflexible game plans.

“You really have to keep everything honest this time of the year by fishing shallow and fast one day and then slow and deep the next,” he says. “You can catch them really good on a drop-shot and jig around rock piles and docks, but then you can also catch them good shallow on topwater and crankbaits.

“The one thing I really like about Clear Lake is how diverse it fishes. For example, the top 10 anglers on the final day will all be doing something different, or they may all be fishing deep or shallow but with different baits catching good ones. In my opinion this is one of the best lakes in the country. You can literally catch a 10-pounder on a drop-shot, jig, crankbait, swimbait or any other reaction bait.” 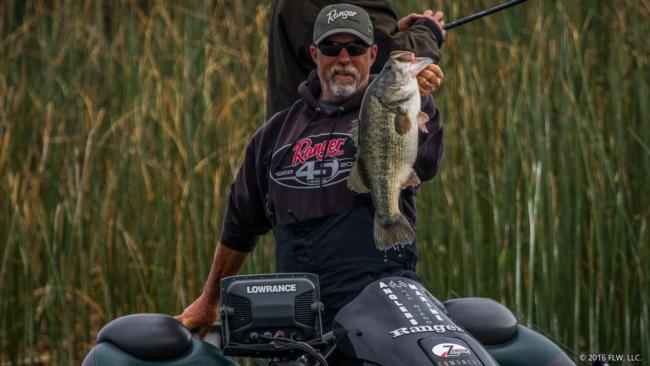 Concerned that the lack of grass could impact even the fall spike, Lintner says it’s going to be even more critical than ever to maximize those big bites.

“A lot of guys might expect this to be your typical Clear Lake where you can catch a bunch of big fish, like it’s always been,” he says. “So, know that those 4 1/2- to 6-pound bites are precious.

“There have been years when you weigh 22 to 23 pounds and you’re in the middle of the pack. Now, you have to figure out how to get one of those big bites each day. That’s going to separate you from the majority of the field.”

“This time of year, the key has typically been to find several schools of larger fish holding in areas and rotate on those spots throughout the day,” Uribe says. “Usually if you catch a few 4- to 5-pounders in one area there are more.

“There are lots of smaller fish showing this time of year, but certain areas you find will have quality,” he adds. “The bigger fish are usually caught in deeper water from 10 to 20 feet. The schooling fish will be shallow in 3 to 5 feet of water. You have to find quality on Clear Lake and fish for 20 to 25 pounds a day, versus 10 to 15 pounds a day.”