Go Time at Lake of the Ozarks 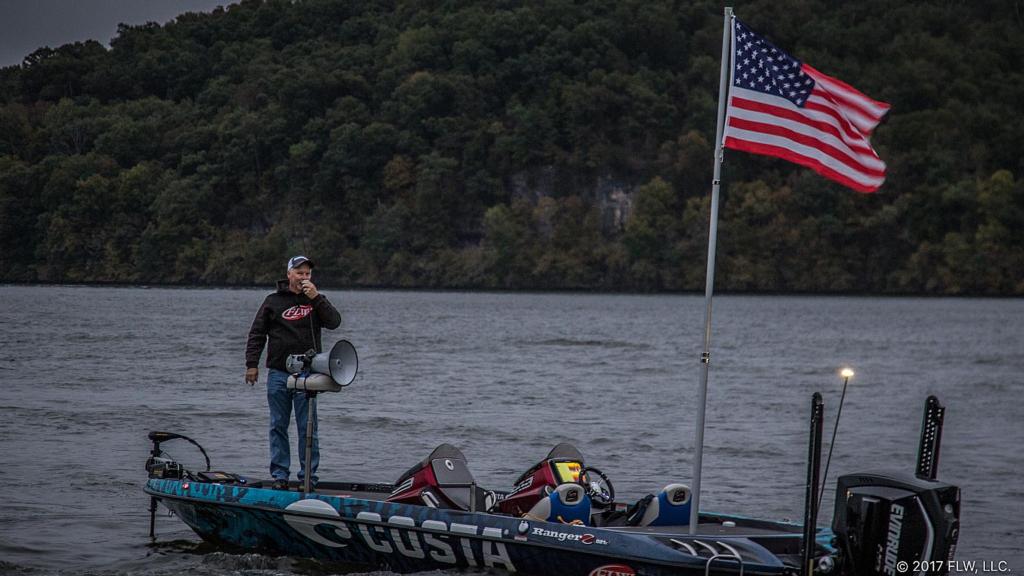 Day one of the Costa FLW Series presented by Evinrude on Lake of the Ozarks dawned cool and misty, but not cold and foggy as many anticipated. Taking off on time, 155 pros and co-anglers look to have a beautiful day ahead of them for the start of the final event in the Central Division.

Created in 1931 with the damming of the Osage River, Lake of the Ozarks is huge.  Running more than 90 miles long with over 1000 miles of shoreline, it offers everything an angler could want outside of grass. About 100 feet deep at the deepest, Lake of the Ozarks is a fairly steep lake, with hundreds of creeks and pockets off the main lake to choose from, with the vast majority being upward of 20 feet deep in the middle. Located in the northern part of the Ozark region, Lake of the Ozarks isn’t exactly similar to lakes like Beaver and Table Rock on the White River. It’s more developed and the water color is more brown and not quite the bright, clear blue that the lower reaches of Beaver and Table Rock are. The primary forage in the lake is shad (threadfin and gizzard), but there are plenty of crawfish as well as a few bluegill in the mix. Docks are the defining feature of the lake, but there is plenty of brush available offshore, along with rock and all the usual non-grass options up shallow. 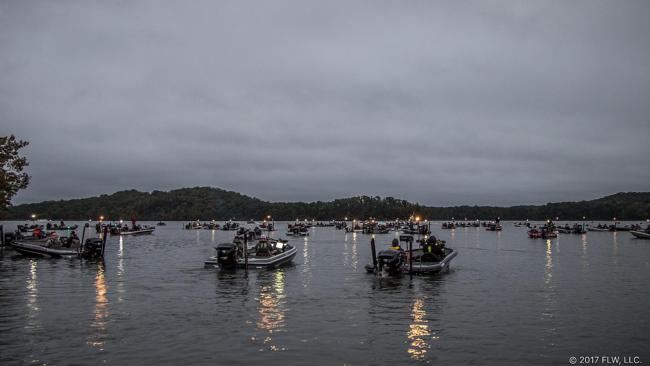 Up until Wednesday, anglers have labored under unseasonably warm conditions, but a cool front rolled in for the final day of practice and it’s in the 50s to start things off. Unfortunately, the colder weather might be a little late to truly ignite a fall bite.

Brian Maloney is a Lake of the Ozarks local and finished sixth in last year’s FLW Series showdown here (held October 6-8) after leading the second day. Like Sykora, he thinks the fish are even closer to summer patterns than they were last fall.

“Right now we’re warmer than we normally are this time of year, so they’re still transitioning back to the flats,” says Maloney. “The shad have made their move, and the bass are right behind them. If this cold front had come in last week and we could have gotten two or three days of cold it’d be lights-out.”

Though the water temperature has fallen a bit with the cooler weather, and should continue to drop for at least day one of the tournament, it’s still in the 70s. Because of the cool front, we might see a dramatic shift from practice, but it isn’t probable. 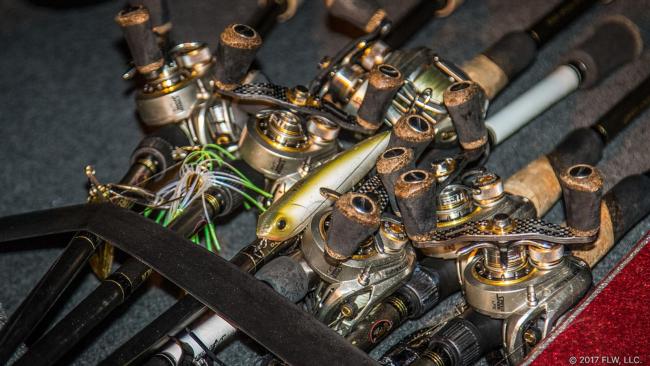 There’s likely to be a pretty good variety working this week. Because the bass haven’t totally committed to the fall, there will almost certainly be some caught deeper off brush and drops with jigs and worms. Those same baits will work shallower and around docks, but some topwaters and shaky heads might get in the mix shallow as well. Finally, it wouldn’t be a shocker to see someone make hay with a squarebill crankbait or a spinnerbait in the right situation, particularly shallow around the plentiful shad. 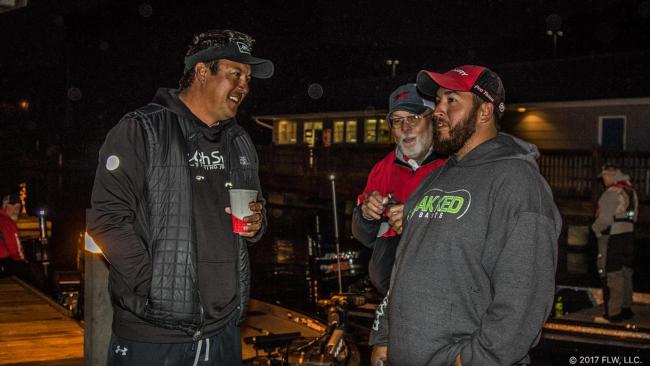 Anglers seem to agree that it’ll take between 50 and about 53 pounds to win, but it seems like the event won’t necessarily be a catch-fest.

“I know this lake is slap full of fish, but it’s not been great for me,” says Brandon Hunter, who is currently 16th in the points and looking to secure his spot in the Costa FLW Series Championship on Kentucky Lake. “Every time I catch one it’s fat and healthy, but I’m not catching a lot. I was hoping it was going to be closer to fall, and there would be that good topwater bite going. But I’m going to go running and gunning and try and get a few and get back to Kentucky.”

Leading the points and also looking toward Kentucky Lake is Cole Floyd.

“Bites have been far and few between. I did so many different things trying to figure out different patterns and nothing ever clicked. I’d catch one fish on a place and then fish 20 places like it and then never get a bite. I’ve caught some big ones, but I don’t know.”

“There are a lot of different ways to catch them right now, but the question is if guys can catch them the next day,” says Maloney. “I don’t think the consistency is here right now. Everything is moving every day. I’m curious to see what happens, I think I’m dialed in pretty good, but you never know.”