What to throw in the fall on the Tennessee River 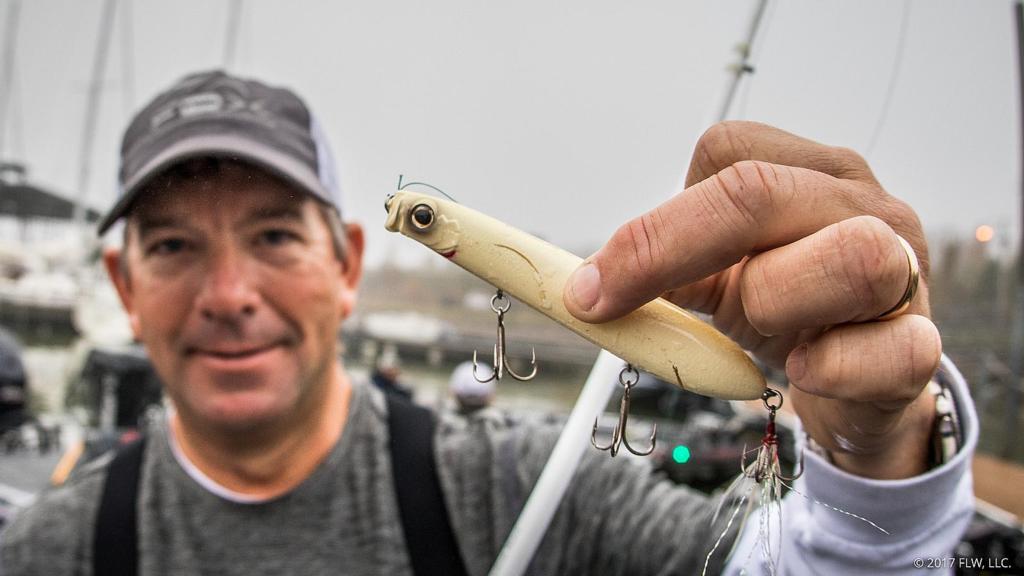 Kentucky Lake was unusually stingy for the anglers who fished the Costa FLW Series Championship, but the techniques used by the top 10 pros were certainly typical of the time of year.

Topwater baits thrown on main-lake bars, flats and points, and umbrella rigs thrown in deeper areas, primarily on the main lake, were the go-tos. A few anglers also targeted shallow flats in the backs of creeks, and they mostly kept topwater in their hands when they did it. Otherwise, a few single swimbaits and vibrating jigs saw some work.

Here are more details on the baits you should have at hand if you’re on the Tennessee River in fall. 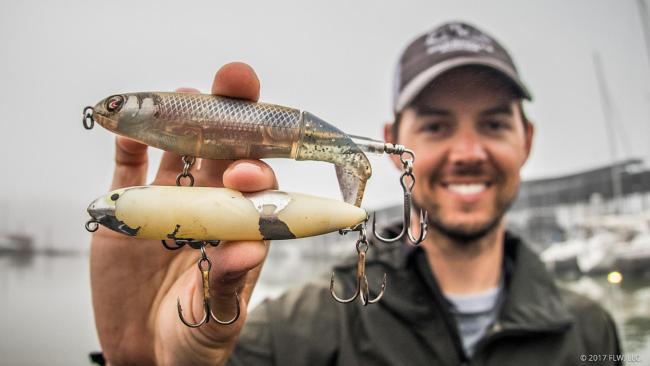 1. Bradford Beavers played the topwater game for three days, using a Heddon Zara Spook, Heddon Rattlin’ Spook and River2Sea Whopper Plopper in colors ranging from bone to silver. He says the walking baits were most productive. On the last day, he struggled early but salvaged his day by switching to a Zoom Magnum Super Fluke. Then, once the wind started blowing later in the day, he was able to catch three more on topwater. 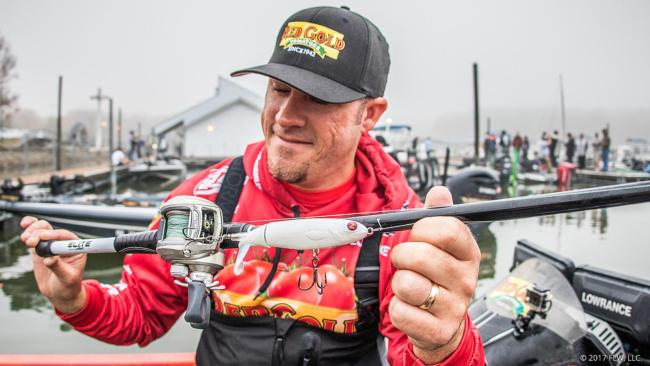 2. Targeting a combination of deep and shallow nearly won it for Todd Hollowell. Up shallow, he rotated through four topwater baits, but a River2Sea Whopper Plopper was his main choice for covering water. Out deep, he used an umbrella rig, a single swimbait and a Carolina rig. 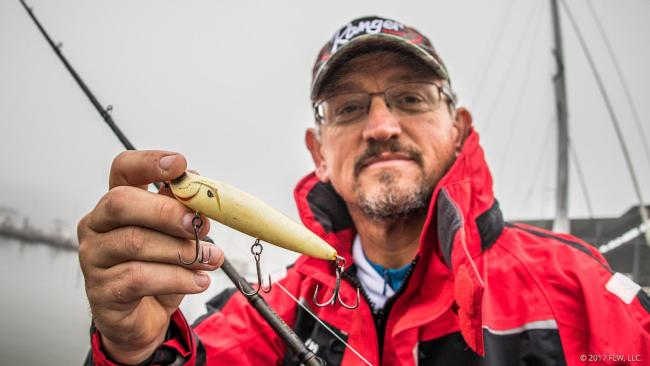 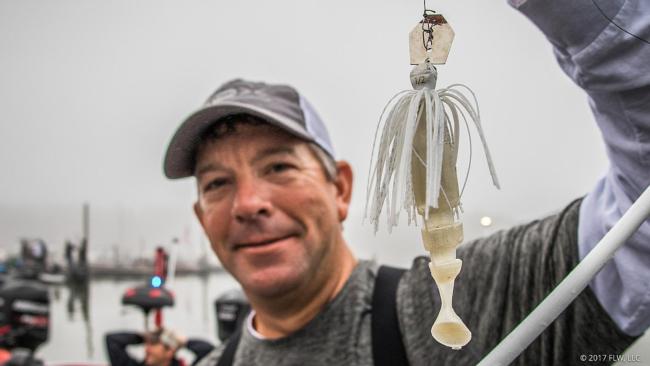 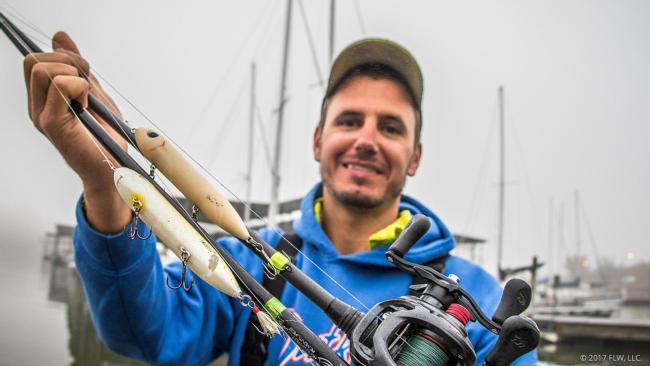 5. In practice, Chad Foster struggled to get bites on topwater, so he located most of his fish with a YUM YUMBrella Flash Mob with the blades removed. He rigged it with Bass Pro Shops Speed Shad swimbaits and Outkast Tackle Goldeneye Swimbait Jigheads. In the tournament, he primarily used walking topwaters baits, the main player being a bone-colored Heddon Saltwater Super Spook. 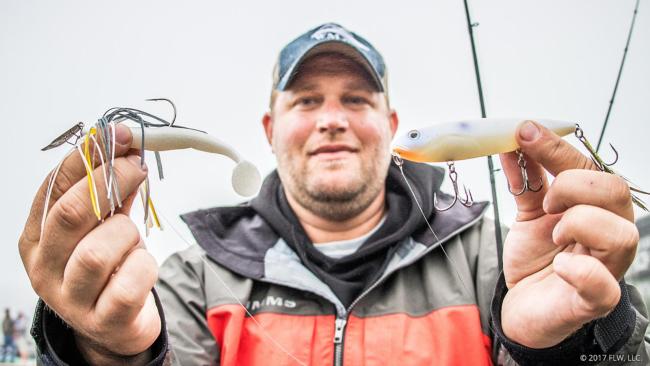 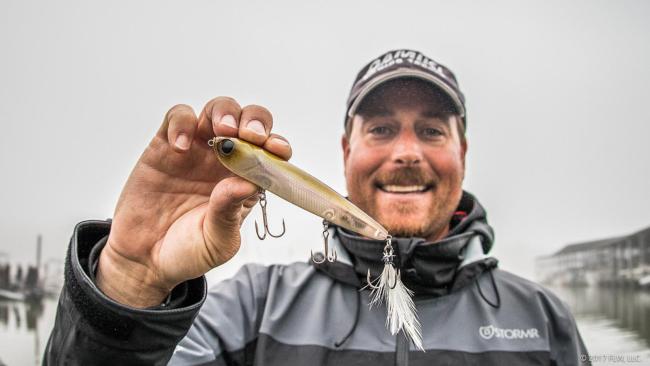 7. Though he threw several topwater baits, Bryan Thrift credits most of his success to a Damiki Rambler 120 topwater walking bait in a new color called baby rainbow. 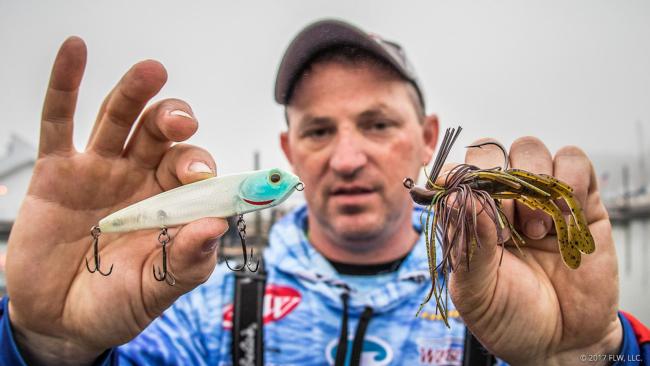 8. Fishing a milk run of spots with vertical structure was the key to Jason Abram’s success all week. He walked a barely legal-sized Reaction Innovations Vixen (chartreuse and white) and flipped a 3/8-ounce homemade jig with a rootbeer and brown flat rubber skirt and a green pumpkin Zoom UV Speed Craw trailer. 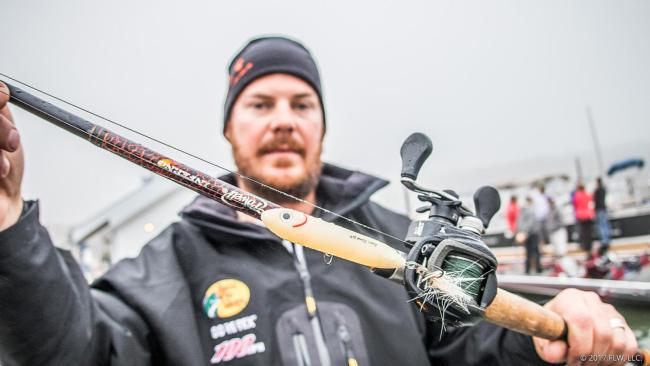 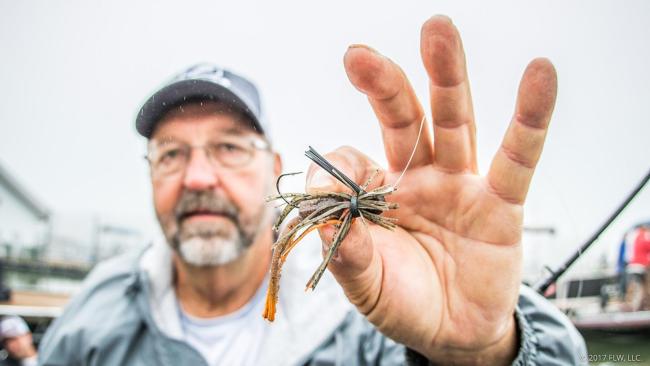