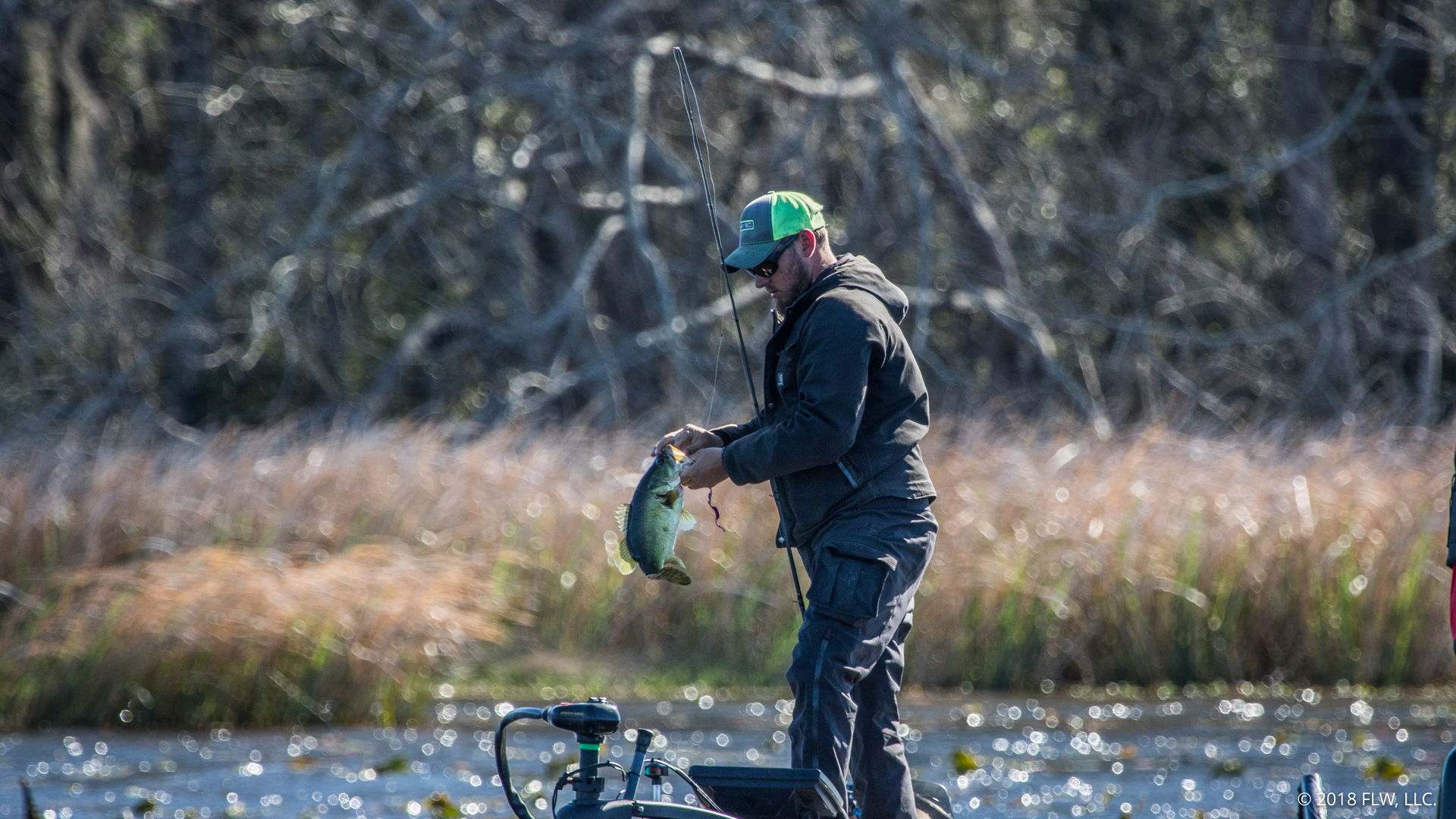 The cold front that blew through Southwestern Georgia Thursday night has slowed the bite on Lake Seminole and anglers largely seem to be struggling during day one of the Costa FLW Series Southeastern Division event presented by T-H Marine.

With a sustained warming trend prior to the tournament raising water temperatures and a full moon perfectly timed for this week’s competition, the stage seemed set for a big-time spawn event. We may yet see some of that, but with air temperatures dropping about 10 degrees in 24 hours and the dreaded post-frontal bluebird skies dominating the day, the bass seem in no hurry to move shallow.

Even in stable conditions, spawning events typically see the fish moving up later in the day, after the sun has had time to warm the shallows. That’s even more important today, as the fish have a greater temperature deficit to overcome.

Water clarity is a big issue, as the front has turned much of Lake Seminole to chocolate milk. Finding areas with clear water and good sunlight penetration will yield promising afternoon conditions. Also, a lot of fish will spawn in deeper hydrilla and throughout the stumps and standing timber scattered across flats like those of lower Spring Creek.

Despite the overall sluggish morning, we saw pockets of activity with a couple of anglers getting off to a strong start. Matt Baty had an estimated 20 pounds, while Jeff Sprague reported 16 — both by around 11 a.m.

Buddy Gross, who won this event last year, was grinding through a slow morning, but about 8:30 a.m., his co-angler Josh Martin stuck a solid 3-pounder that momentarily wrapped the line around a tree before coming to the net.