Tools to survive a slugfest in the swamp 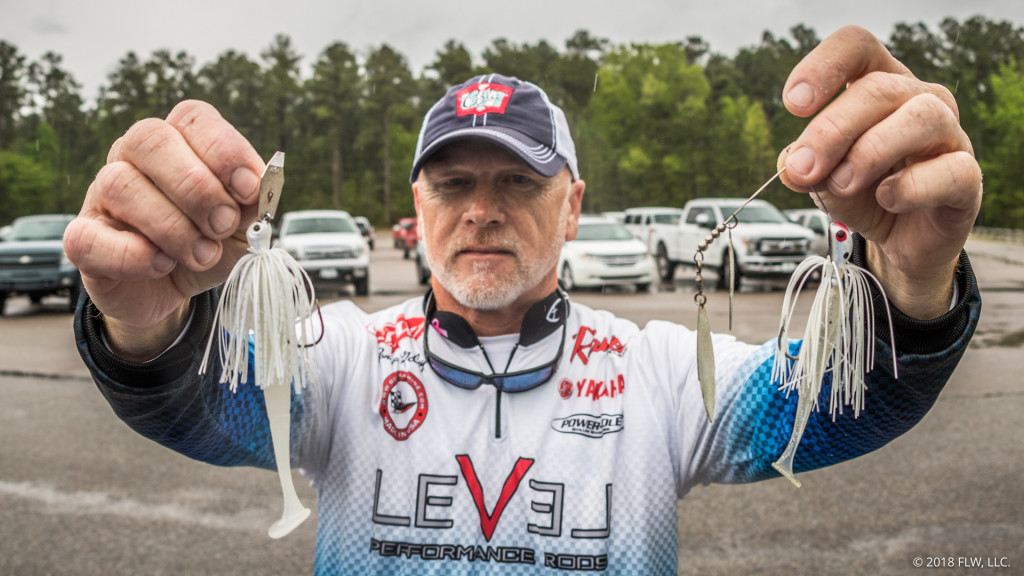 The tournament, which was presented by Bass Pro Shops and hosted by the Clarendon County Chamber of Commerce, was the season finale for the division.

Here are the full details of the baits used by the top finishers.

1. Ronnie McCoy (shown in lead image) brought home all the marbles with a 1/2-ounce double-willow-leaf spinnerbait teamed with either a Zoom Tab Tail Grub or a 4 3/4-inch Black Flagg Slikk Shadd swimbait, and a 3/8-ounce Z-Man/Evergreen ChatterBait Jack Hammer teamed with the same Slikk Shadd trailer. 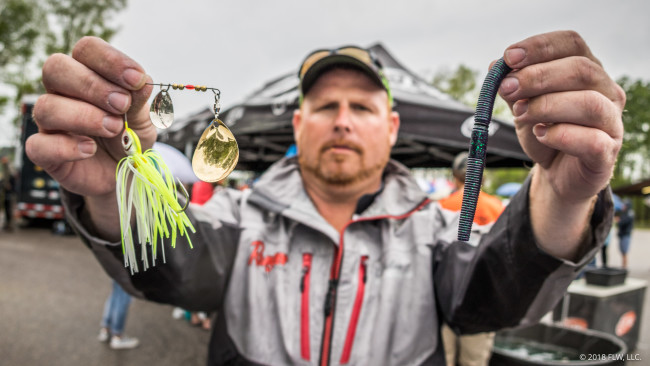 2. Daniel Howell caught his big bass on day one with a BOOYAH Pad Crasher frog. He also caught a few on a Gambler Fat Ace. When targeting fish foraging on the shad spawn he used a 1/2-ounce spinnerbait. 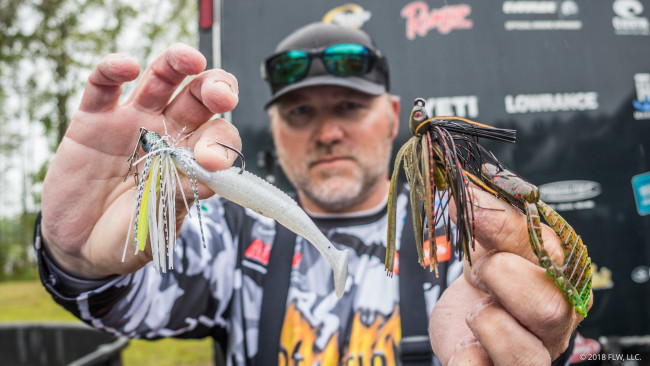 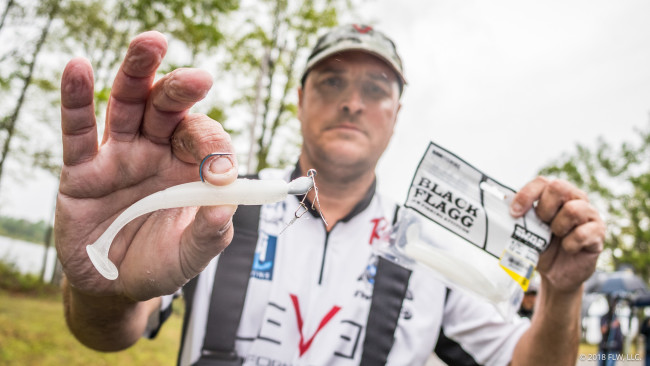 4. Joey Sabbagha’s primary shad spawn lures were a 1/2-ounce spinnerbait with a Zoom Split Tail Trailer and a 3/8-ounce ChatterBait, with no skirt, trailed by a 4 3/4-inch Black Flagg Slikk Shadd swimbait. 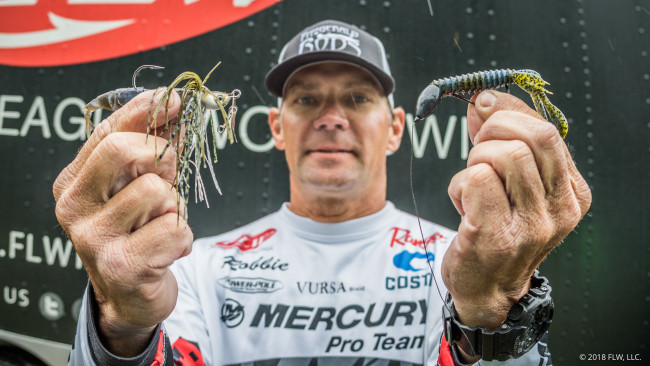 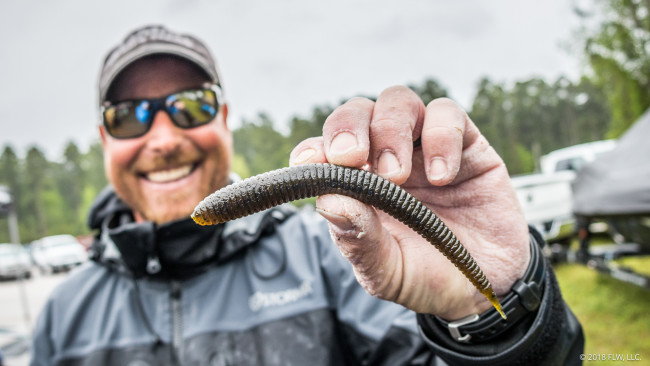 6. Bryan Thrift did all his tree skipping with a Damiki Hot Dog wacky rigged on a 3/0 Berkley Fusion19 Weedless Wide Gap Hook. 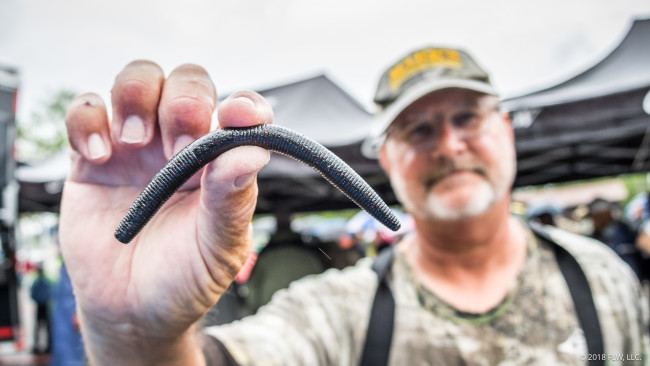 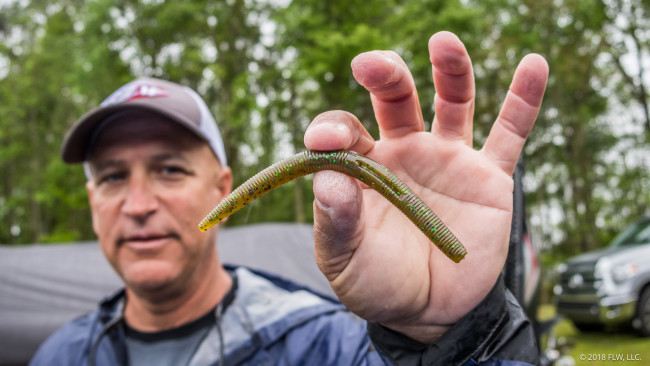 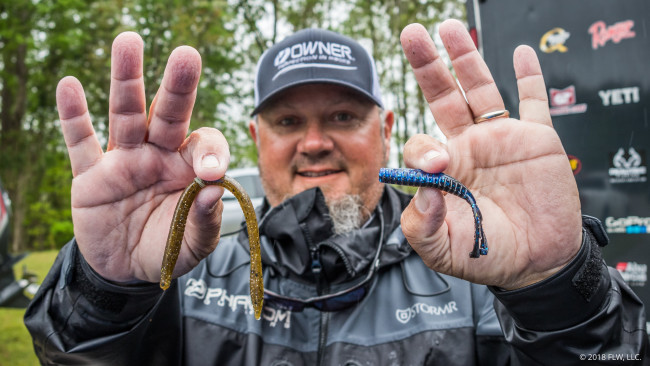 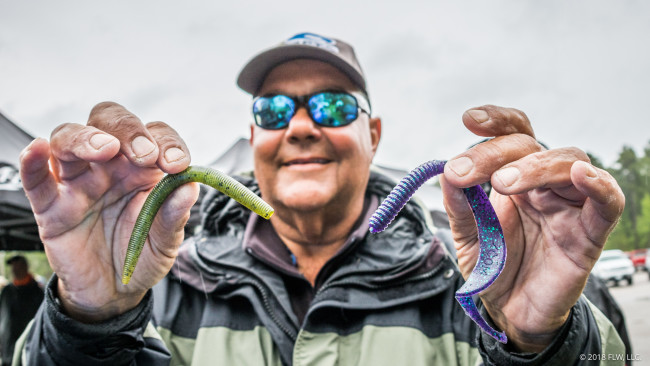