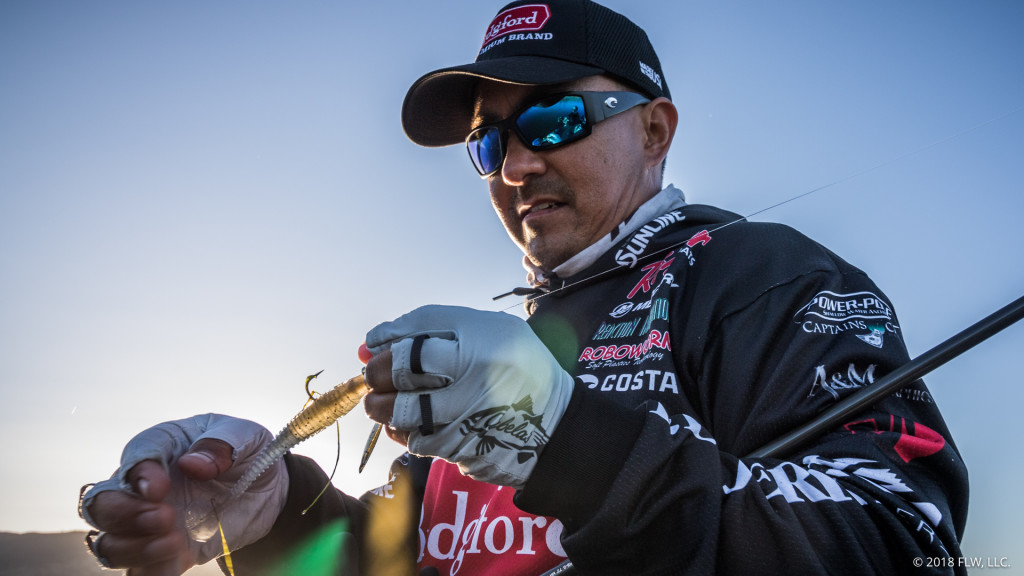 The shad spawn and the bass spawn produced plenty of action for the pros in the top 10 at Clear Lake, who relied on a mix of California staples and some other power and finesse baits to make the cut in the Costa FLW Series Western Division event presented by Evinrude. Here's what they used. 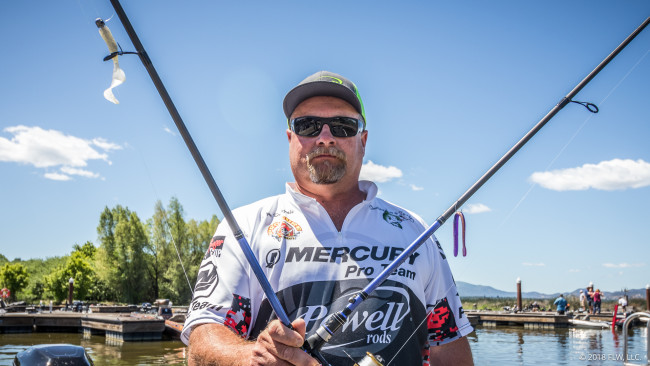 1. Tournament winner Wayne Breazeale caught his fish on a drop-shot with a Roboworm and a Yamamoto Single Tail Grub on a 1/4-ounce ball-head jig. 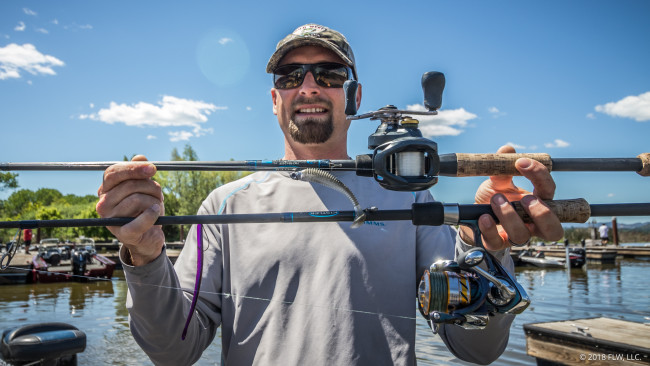 2. Finishing second, Nick Nourot rigged a Roboworm on a drop-shot and wacky-rigged a Daiwa Yamamoto Neko Fat worm. He also fished a swimbait. 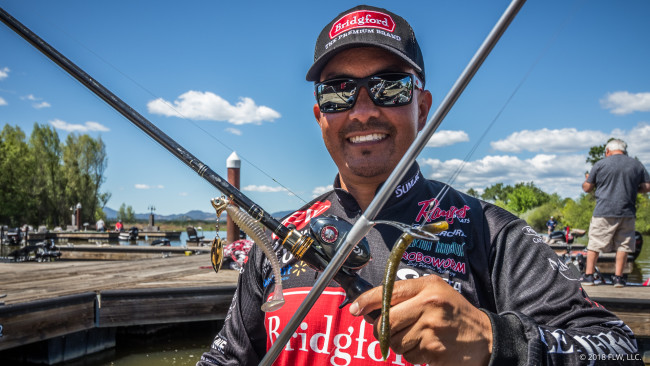 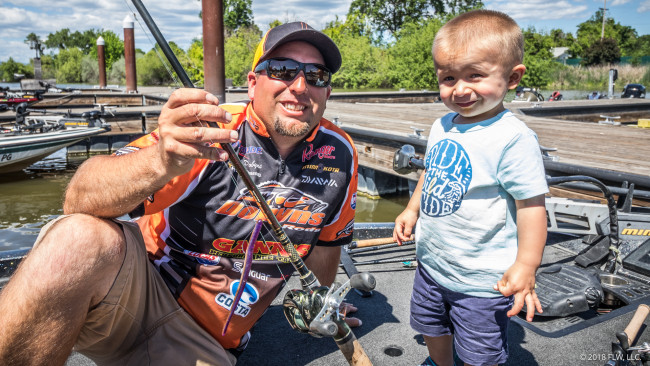 4. Targeting docks, tules and various shoreline structure, Richard Dobyns caught all of his fish on a drop-shot with a Roboworm in margarita mutilator. 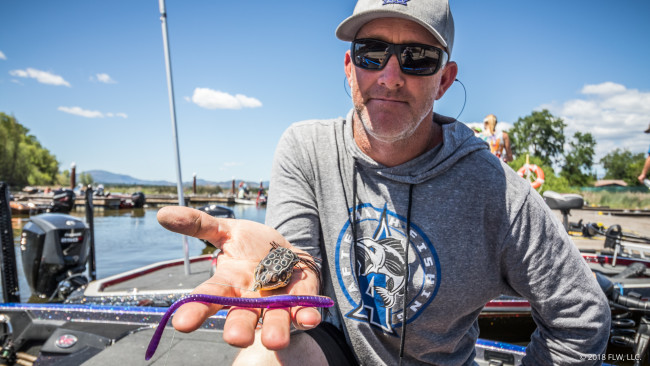 5. In fifth place, Benjamin Byrd relied on a LIVETARGET Hollow Body Frog and a drop-shot with a Roboworm. 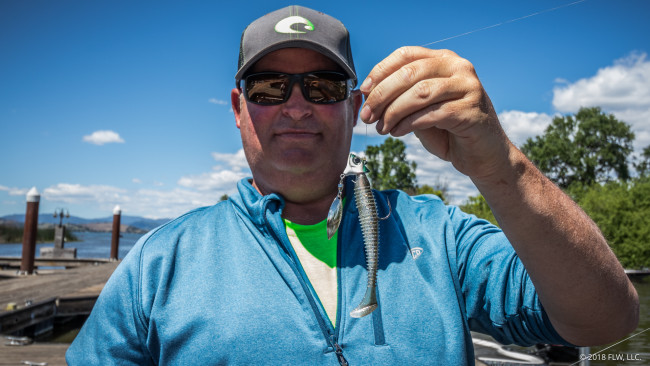 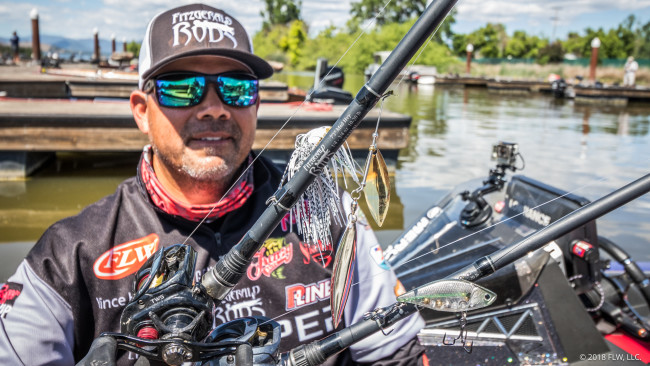 7. Vince Hurtado spent his mornings throwing a Lucky Craft LV 500 lipless crankbait, a spinnerbait and a boot-tail swimbait for prespawn and postspawn fish, but when his bite stalled on day three, he turned to flipping a Strike King Rodent. 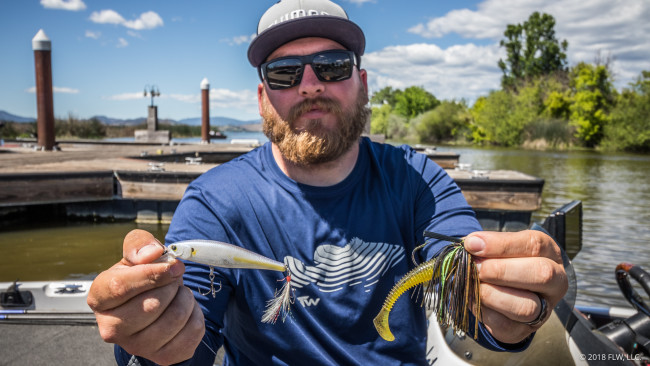 8. Matt Dal Porto split his time between a Lucky Craft Pointer 100 in chartreuse shad and an All Terrain Tackle Swim Jig with a Keitech 3.8 Swing Impact FAT trailer. 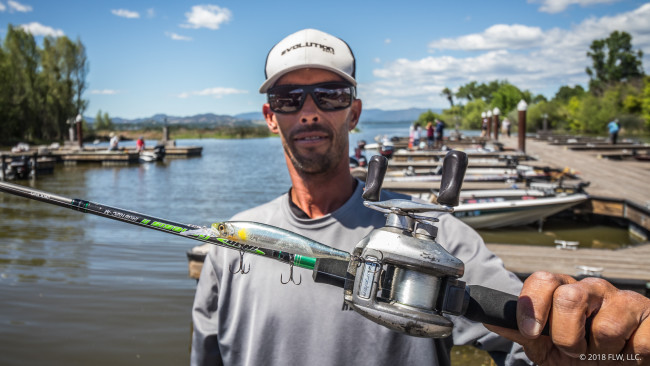 9. Spending most of his time offshore, Paul Bailey’s main bait was a Gan Craft Rest 108 jerkbait in the blueback herring color, but he also caught keepers on an under-spin. 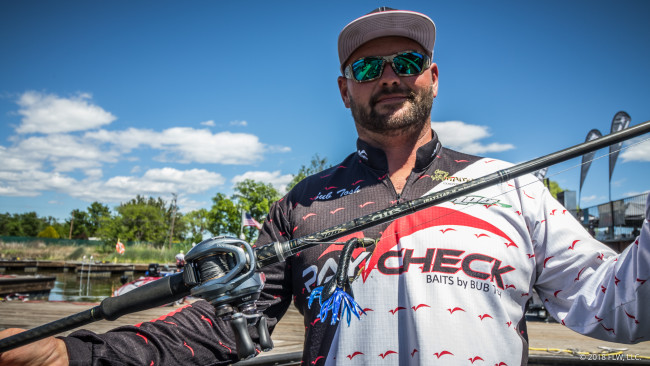 10. Flipping a Yamamoto Sanshouo or a Yamamoto Kreature was the main technique for 10th-place pro Bub Tosh.