Lawrence All the Way 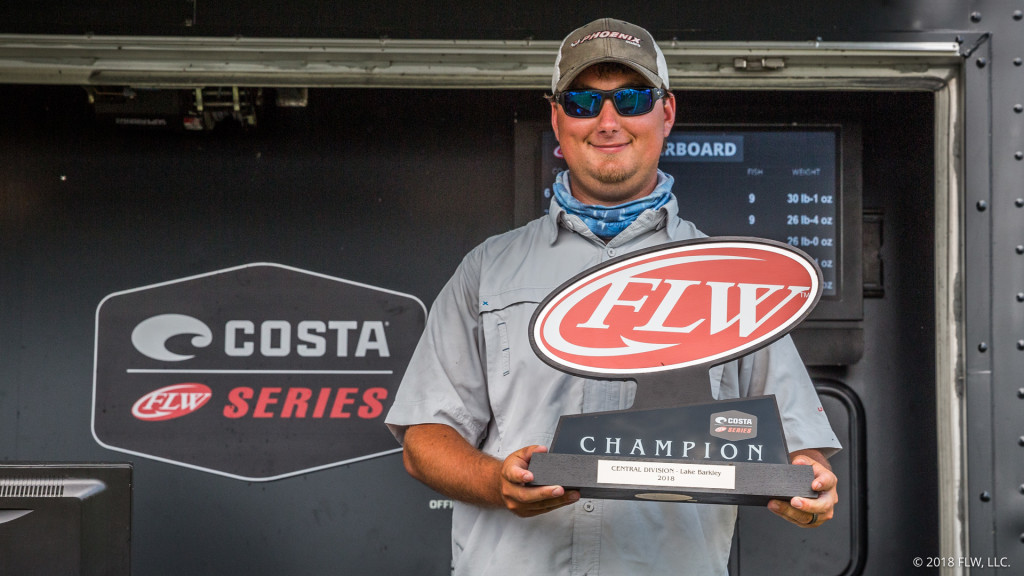 In the weeks leading up to the Costa FLW Series tournament on Lake Barkley presented by T-H Marine, Jake Lawrence saw a pattern developing that he knew from experience would put a few bass within relatively easy reach.

How long the conditions would last, however, was anyone’s guess.

Fortunately for Lawrence, they lasted through Saturday, when he topped off two spectacular days with an easy 19 pounds, 11 ounces to win with a total of 72-4. Fishing in just his second FLW Series event, Lawrence claimed the trophy and the $48,300 prize package that went with it. 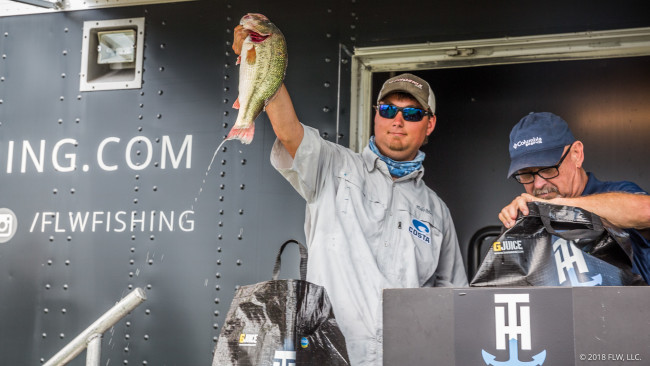 “We had a ton of rain,” the 27-year-old married father of two says. “Then with all the rain TVA sucked the bottom out of the lake.”

Early June typically means ledge fishing for bass on Kentucky Lake and that is where most of the field focused their efforts, although a couple of top 10 finalists – Ramie Colson Jr. and Andy Morgan – exclusively fished Barkley. Lawrence knew most of the bass would be located offshore on the deeper ledges, where they would be easy to locate but challenging to catch. He also knew the early combination of heavy rain and high water coupled with the strong current would send some fish seeking shallower cover. That’s where he trained his efforts; specifically an area near the mouth of a small creek south of the Highway 79 bridge.

During practice he noticed that “very, very few people” were scanning the shallower zones. He plotted his strategy and hoped the conditions would hold.

“Just because you can see them doesn’t mean you can catch them,” he says, noting that bass holding on deep ledges can’t hide from today’s electronics. “The shallower I found them the easier they were to catch.” 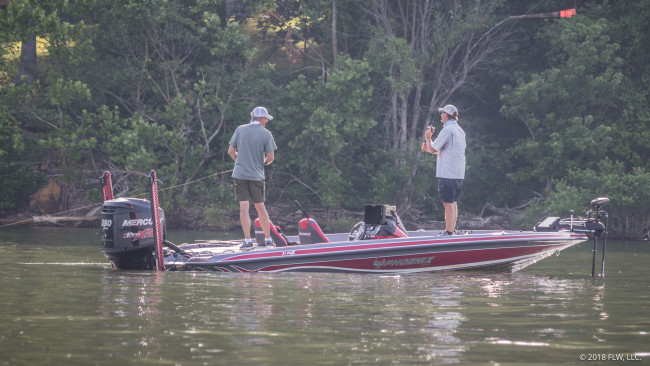 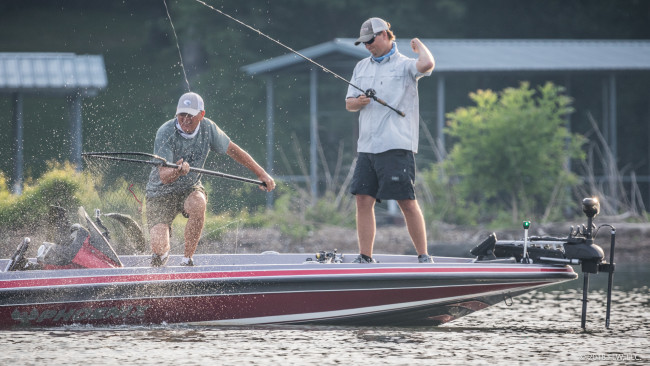 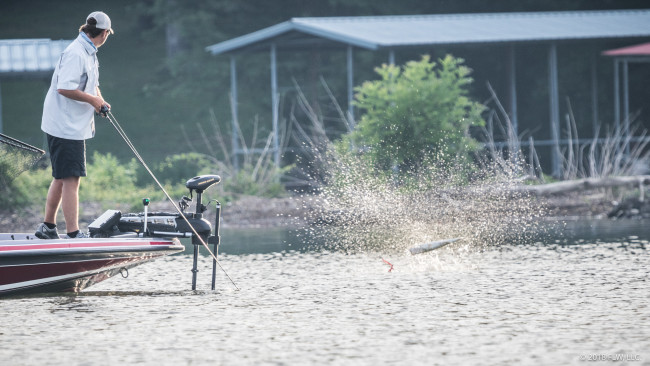 The more-shallow-the-easier-to-catch theory is practically a universal fishing rule. However, shallow is a relative term. Offshore ledge fishing on Kentucky Lake can range from 12 to 30 feet. Lawrence was targeting fish in the 8-12 foot zone.

“When you get into that range, there aren’t as many of them. But you can usually catch them,” he says.

His approach wasn’t overly aggressive, but he hardly fished at a crawl. He primarily threw a 10-inch V&M J-Mag Worm in red bug (either on a Neko Rig or a swing head), but he says he also caught fish on a Scrounger with a Castaic Jerky J, as well as a custom-made hair jig, a football jig and a spoon.

Most of Lawrence’s fish came each morning from the same area following a nearly 90-minute run from the Lake Barkley State Park launch site. The day one morning result was a fantastic 28-pound 15-ounce limit. He collected a 21-10 limit on day two. On day three he had a winning limit in the boat by 7:30 and caught his last fish around 11 o’clock.

“Conditions are changing,” he says. “This was about the last day of it. I’m glad it lasted as long as it did.”