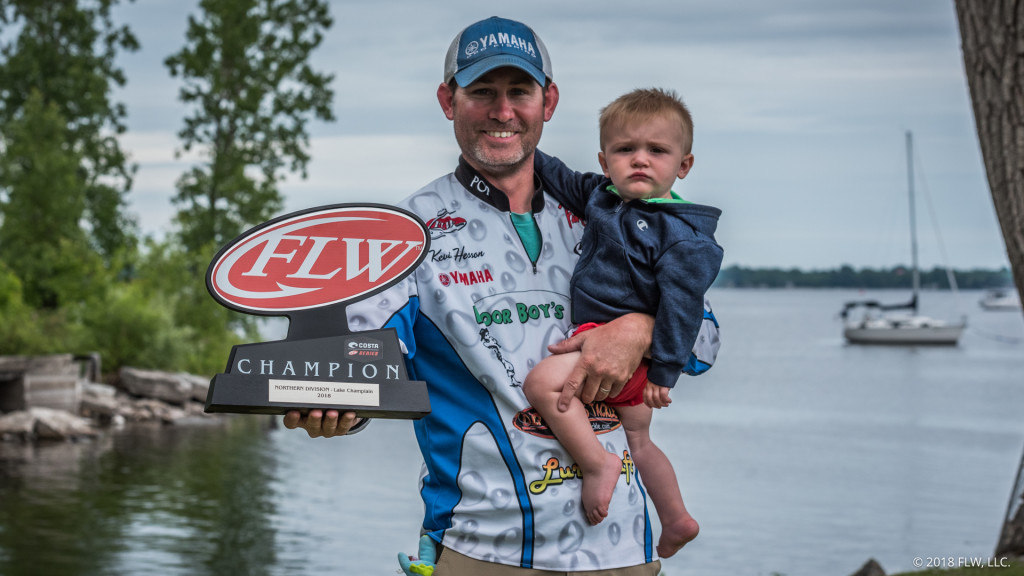 Co-anglers usually smash ’em in the Northern Division of the Costa FLW Series, and this week’s opener was no different on Lake Champlain. The tournament, which was presented by Power-Pole, saw all but one of the top 10 co-anglers catch a limit on the final day, and five of them averaged 15 pounds or better. Weighing more 16 pounds each day, Kevin Hesson of Seneca, Pa., earned the win with 49-15 total. Hesson earned a new Ranger Z175 with a 90-hp outboard plus $1,250.

“The key was really just staying open-minded,” says Hesson, who fished behind Carl Jocumsen, Chris Johnston and Brett Carnright. “You’ve got to deal with whomever you draw, and I got three of the best draws you can get. The first two fish professionally, and you never know with that if they’re going to give you some fish or not. With both of them, it was awesome. Today was a rough day for me. I only had about 10 pounds at noon. But we stopped at a place around 12:30, and Brett [Carnright] had two fish that he said wouldn’t help him, and it was basically a 6-pound cull [for me].”

Through the tournament, Hesson did work with a variety of typical smallmouth baits. He mostly used a 3.8-inch Keitech Swing Impact FAT and a Lucky Craft Sammy 110 on day one, and then a drop-shot with a Berkley PowerBait Pro Twitchtail Minnow, a Berkley Gulp! Fry and a 3-inch Yamamoto Senko.

“It’s awesome to win,” says Hesson, who has fished 25 events with FLW. “I’ve been in this position before and lost, so to finally get to win is great. I’ve got my family here, and it was awesome to get to win in front of them.”