Summer Not Over at 1000 Islands 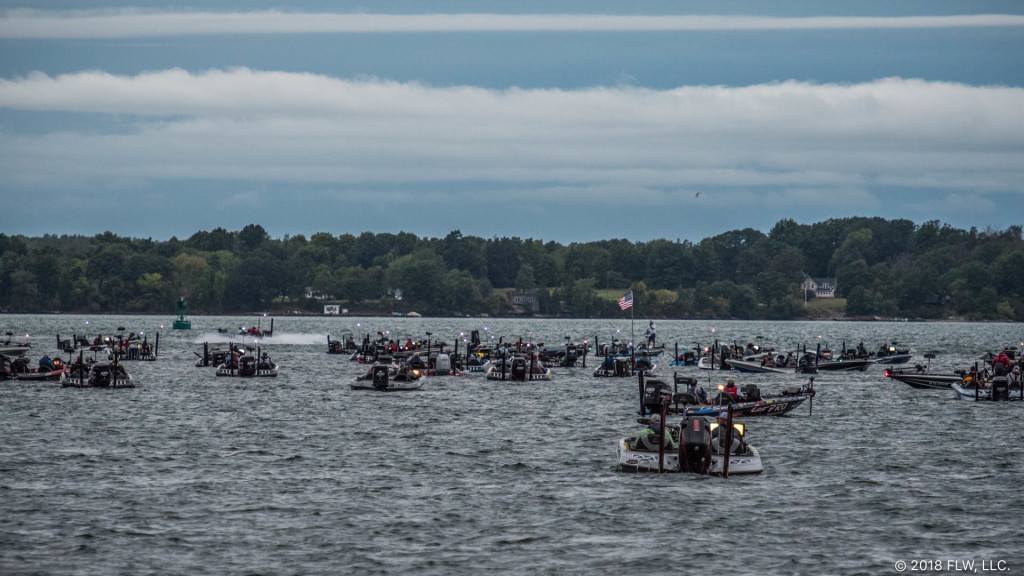 It has been the year of the smallmouth in the Northern Division of the Costa FLW Series this season and the third and final event on the 1000 Islands will certainly showcase that. The event, which is presented by Navionics and hosted by the Clayton Chamber of Commerce, is expected to have big weights especially due to the recent results of the Bassmaster Elite Series event and the Renegade Bass Tour Thousand Islands Open held back in early August. No doubt it’ll take over 20 pounds a day to win, however, conditions aren’t as ideal as anticipated for a major smallie smackdown to happen. 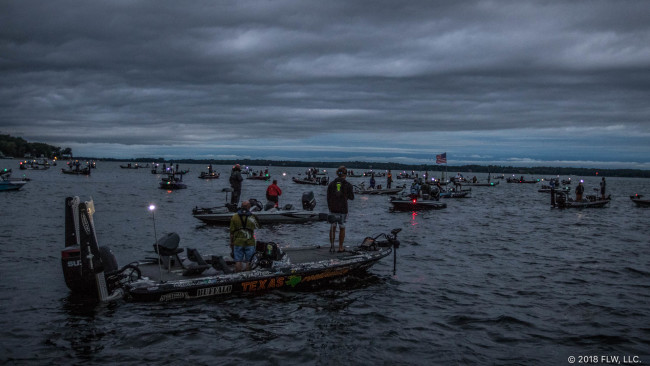 The 1000 Islands region consists of the eastern side of Lake Ontario and the western stretch of the St. Lawrence River and aptly gets its name from the more than 1,800 islands dotted across the area between the U.S. and Canada.

Though both largemouths and smallmouths can be found throughout the river, smallmouths receive the majority of the attention since they are not only numerous, but have potential to push over 6 pounds. The St. Lawrence is known for its deep humps and bars that hold big schools of smallies, yet the numerous flats nestled against the islands can be just as productive given the right conditions. While they aren’t as targeted, there are solid populations of largemouths that call the shallow bays and grass of the river home and for those willing to put the time in can produce solid limits to grab a check.

The eastern end of Lake Ontario is the primary destination for a shot at some of the biggest bags in the area. From year to year it seems as though the majority of the top weights come from the lake and for those that choose to battle big water it can pay off in a big way. The clusters of islands found on the eastern basin of the lake provide plentiful opportunities both deep and shallow. 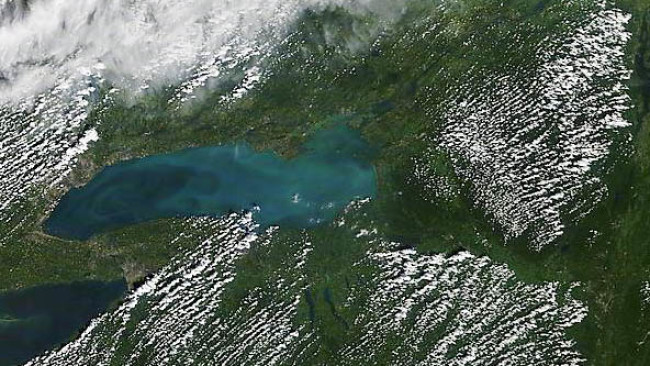 There are a few conditions to note. The first, is that the water is about a foot lower than it was a month ago leaving some to question if reduced flow in the river has fish less willing to bite. The second, is the algae bloom that is more than noticeable in the lake. Visibility in areas where you can normally see down more than 15 feet is limited to just a few feet. Finally, the water temperatures in the lake are in the upper 70s – several degrees higher than they would normally be in September. All of these combined have put the smallmouths in a bit of a late-summer funk.

The bright side is that the weather should be excellent this week. Earlier in the week there was no shortage of wind and heat, but the highs for the tournament are forecast to be in the mid-70s, dropping down to the mid-60s by Saturday. Come the weekend, it will really feel like fall in the north. For at least a few days, the wind should be tame by Great Lakes standards until Saturday when it could blow 15 miles-per-hour or better.

The deep bite should be the name of the game this week. Fish should be caught from 20 feet or deeper both in the river and in the lake. Of course, there are shallow fish to be had, but word on the street is that they lack size compared to the ones that lurk out deep.

For both deep and shallow fish, a drop-shot with a goby or minnow-style bait will be a critical tool. You also can’t count out a good old tube either. If anyone dabbles in the shallow game, swimbaits, jerkbaits and spy baits will see a lot of action.

The river has some excellent largemouth fishing, and while it rarely has the juice for a win, good bags are available. Frogs and soft plastics are go-to options for largemouths. 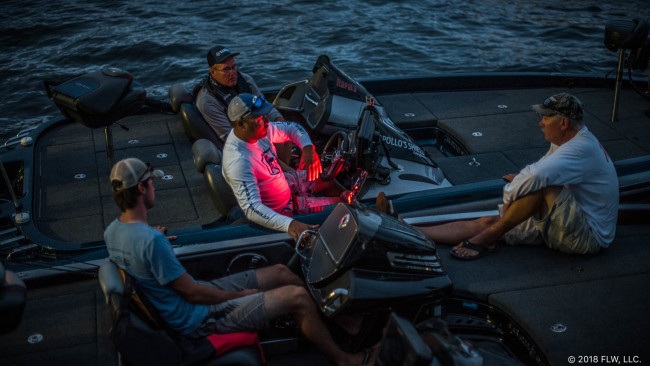 As with any tournament there is no shortage of sandbagging. The fact is, guys are going to catch fish – and big ones to boot. It may not be Lake Champlain where you can catch fish until your arms fall off, but there are no shortage of bass in this fishery and there are too many hammers in the field to not catch ‘em. Don’t be surprised to see the leaders only catching a handful of quality fish each day.

Curtis Richardson is no stranger to cashing checks at the 1000 Islands – and recently took second in the Thousand Islands Open back in August with 74 pounds over three days – and he agrees that a lot has changed over the course of a month.

“We’ve had such a warm year up here and the water temperature reflects that,” says Richardson. “Normally by now the fish are grouped up, but they are scattered all over the place. It seems like the fishing is more like how it is in the end of July with fish all over instead of stacked in certain areas.”

While warmer water may have an impact on where the fish are set up, the biggest issue in Richardson’s mind is the algae.

“There is a huge algae bloom on the lake right now,” Richardson explains. “I haven’t seen it like this in 20 years of fishing out here. I should be able to see gobies swimming around in 15 feet, but I couldn’t even see bottom in 4 feet.

“The fish seem harder to catch than usual and I bet that’s due to the water color. Normally you can drop on a spot and they’ll swim over to eat it, but now it seems like you need to hit them in the head.”

With quality fish to be caught in both the river and lake the field will certainly be spread out. Though, if you ask most of the hammers from around here the lake is still the place to be.

And as far as winning weight predictions go, most believe it’ll take around 70 pounds to claim the title.

“I got to believe it’ll take around 69 pounds to win this week,” Richardson says. “Back in the Open we got second with 74 pounds and it took over 68 for the top 10. I don’t know if it’ll be as good as it was then, but you’re going to see some big bags of smallmouths.”