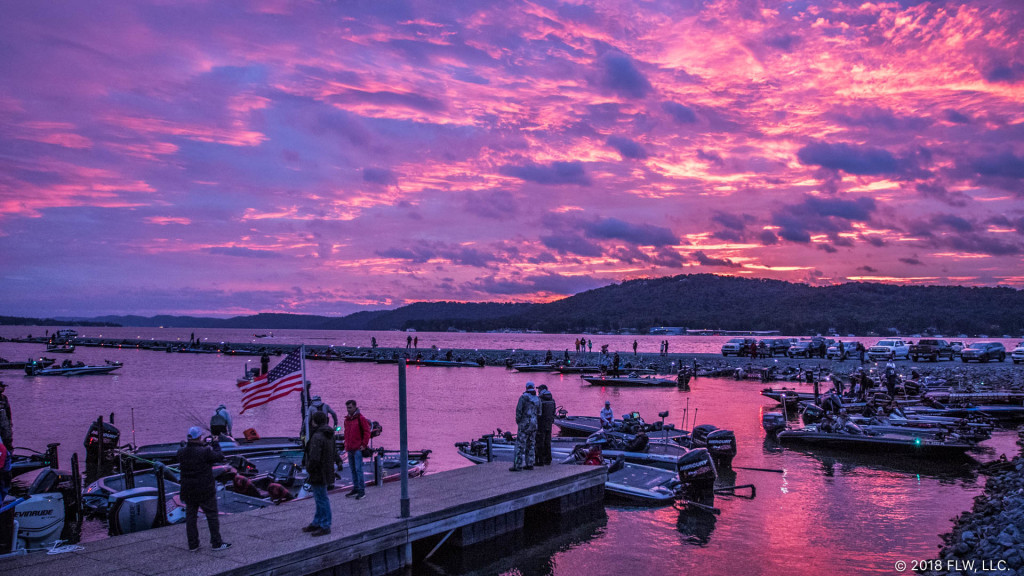 FLW officials have cancelled the first day of competition at the 2018 Costa FLW Series Championship on Lake Guntersville due to the threat of severe weather.

All tournament competitors will fish on Friday and Saturday, with the pro and co-angler winners determined by two-day cumulative weight in their respective competitions.

Severe thunderstorms are in the forecast for the Guntersville area today, which is already experiencing sustained heavy winds. The storms have the potential for powerful effects. In Florence, Ala., just a couple hours to the west, meteorologists were tracking conditions that they felt could lead to a tornado. A warning had been issued, and many schools were delaying start times.

The worst of the weather is on the way to Guntersville, and Tournament Director Ron Lappin, in consultation with other FLW officials, made the decision to put angler safety above competition on what will likely wind up being a blustery, wicked day in north Alabama. He says the forecast calls for pleasant conditions over the next two days, so there’s little concern about fitting in two tournament days – enough to determine a champion.

“We have sustained gusts of 17 to 20 mph, which is an alert level according to the U.S. Coast Guard, with gusts up to 27 mph,” says Lappin of his reasons for cancelling. “Anything over 25 is a small craft advisory, even though they don’t issue them on inland waters. They had tornadoes one county to the west, and the worst of the storms are supposed to get here sometime around 9:30 to 11. Yet, the next two days, the weather is much nicer, just cooler.”

At this week’s tournament, the top-finishing pro from every Costa FLW Series Division will qualify for the 2019 FLW Cup. Weigh-ins will be broadcast live on FLWFishing.com. You can follow the action on Friday and Saturday in the FLW coverage blog on the homepage.