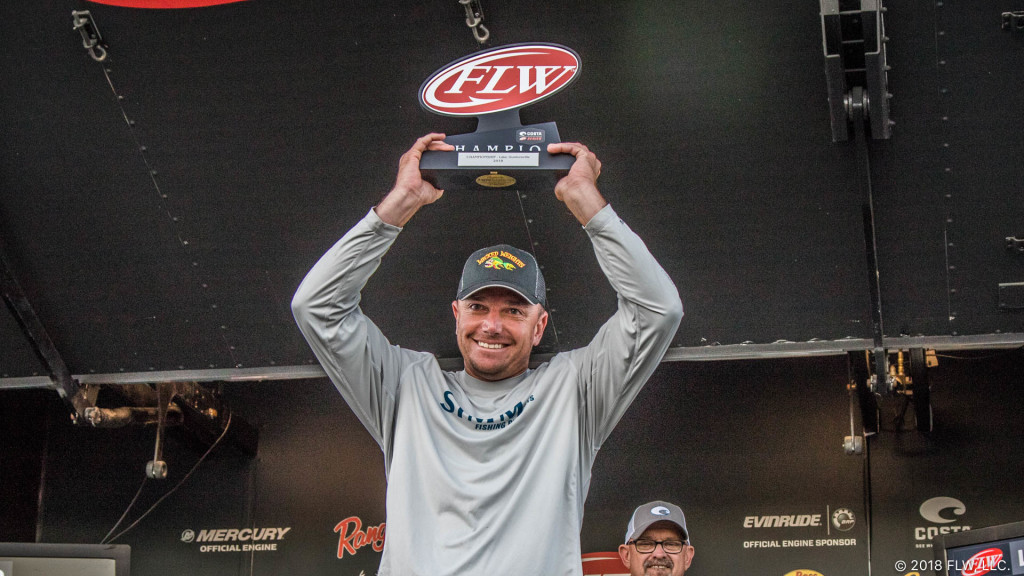 All that success has Traba considering pursuing professional fishing from the front of the boat, but for now he’s sticking to his day job as a helicopter mechanic in the U.S. Coast Guard.

“It doesn’t seem real,” says Traba of his championship victory this week.

He started the tournament fishing in the back of the boat with South Korean angler Junghan Kim. Traba caught a 4-pounder on an umbrella rig early on, but then he lost a good keeper on the rig and broke off the only rig he had in the boat. A keeper caught on a Bill Lewis Rat-L-Trap and a third on a drop-shot gave him 7 pounds, 6 ounces.

Fishing with eventual eighth-place pro Terry Tucker, Traba soared up the ranks on Saturday with a five-bass limit worth 16-6, which was the second best by a co-angler this week.

The umbrella rig was Traba’s tool of choice again (he brought a backup this time) and produced all of his fish. 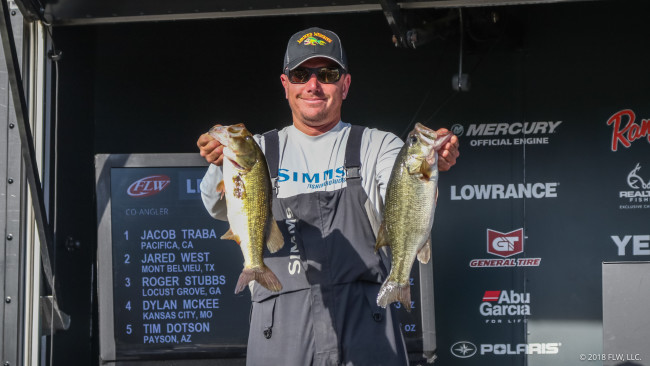