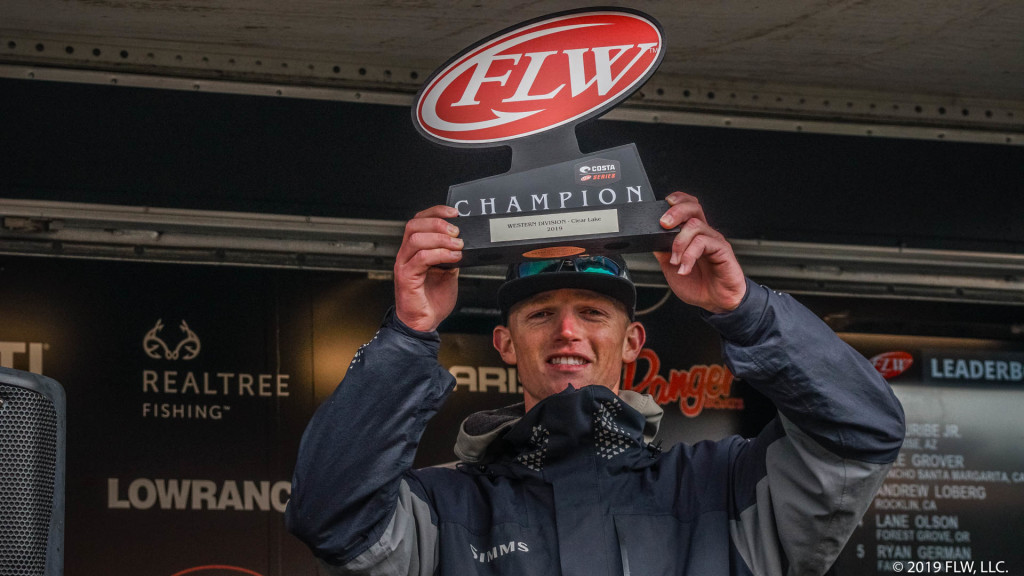 Logan Huntze, the youngest competitor in the co-angler field, showed that age is just a number, as the 19-year-old earned a convincing Clear Lake victory at the Costa FLW Series Western Division event presented by Ranger Boats by amassing a three-day total of 57 pounds, 15 ounces.

The 19-year-old from Discovery Bay, Calif., started strong by placing second on day one with 17-6. Sacking up 23-15 — the event’s heaviest co-angler bag — moved him into the top spot with a lead of 6-7 going into the final round. On day three, Huntze slammed the door with another limit, this one weighing 16-10, to secure a convincing win by a margin of 7-15.

“I tried to throw a drop-shot as much as I could, but if my pro was throwing a drop-shot in the front on tules, I’d flip behind him to show the fish a different presentation,” Huntze says. “I’d throw the Senko if I saw trees or other shallow structure that I didn’t want to get snagged in.”

“I had to flip or cast precisely up against a dock piling, a piece of wood or in a tule pocket,” he says. “The flipping and casting skills were key to how I caught most of my fish.” 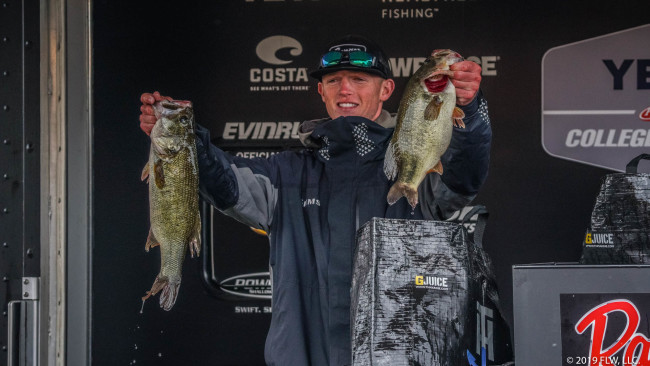