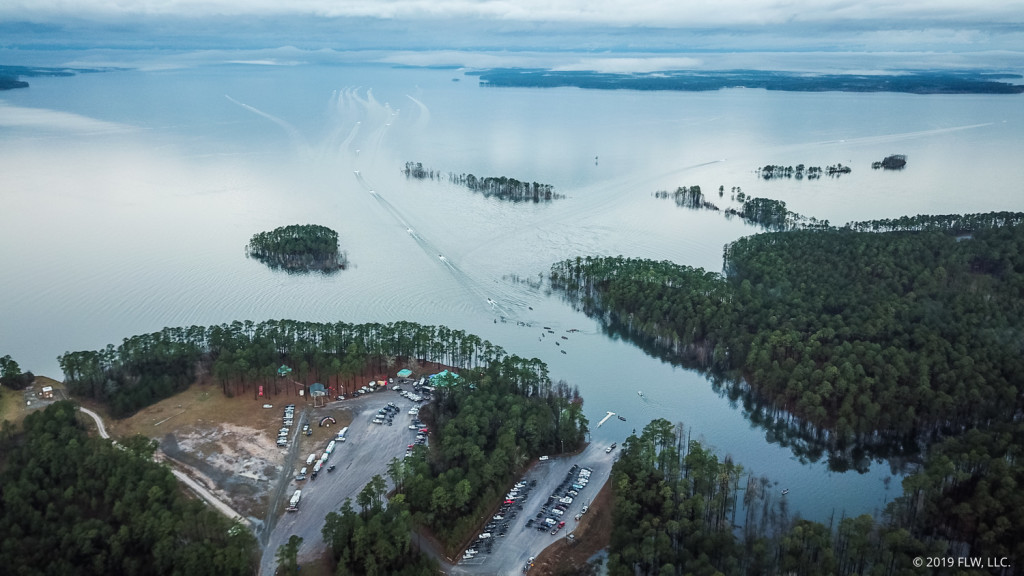 Thanks to Mother Nature, the second stop of the Costa FLW Series Southwestern Division, which was originally scheduled to take place on Grand Lake, will now take place at Sam Rayburn Reservoir. Rayburn was supposed to host the division finale, but extreme high water on Grand forced the swap. The tournament, which is presented by Mercury Marine, kicks off on Thursday.

Though Rayburn is about 475 miles south of Grand, it hasn’t escaped what has been a brutally wet spring for much of the country, so anglers will be plying some high water. Big Sam is also loaded with bass, and June can be prime for fish-catching action on the historic fishery. 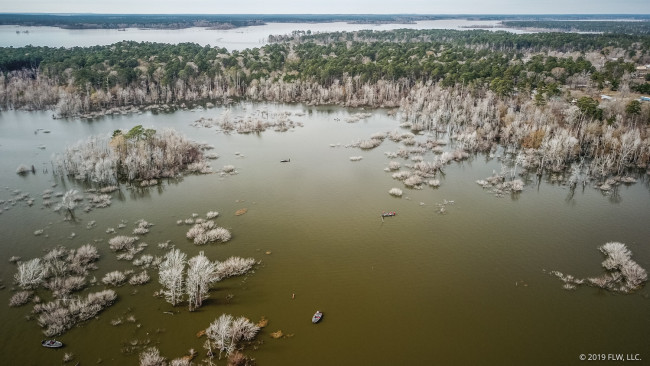 Fed by the Angelina River, Sam Rayburn swallows up some 114,400 acres, making Rayburn the largest lake contained entirely within the borders of Texas. It is a typical Texas lowland impoundment that features timber, bushes, submerged hydrilla, plenty of bank vegetation and, of course, lots of legendary Texas “drains” or ditches that are renowned for producing giant bass.

The lake is a flood-control impoundment, so it does experience high- and low-water years, fluctuating roughly 7 feet throughout the season. That isn’t much compared to other reservoirs in the country, but still a significant swing on this pond. 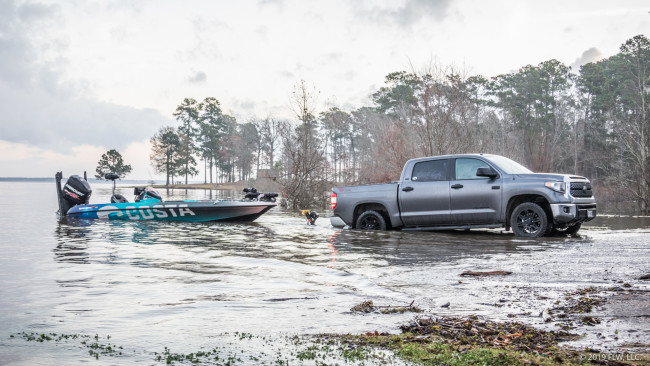 When the FLW Tour stopped on Rayburn back in January the lake was nearly 7 feet over full pool. Since then the lake has remained above full pool and, as of now, is about 5 1/2 feet high. While that isn’t a bad thing, it certainly can make it tougher to locate fish in the miles and miles of flooded shoreline cover.

“I haven’t been on Rayburn since the Tour event this year, and when I went out the other day you could catch fish from 30 feet to 5 feet,” says FLW Tour pro and Rayburn hammer Todd Castledine. “You can catch them in any depth, but when the lake gets real high like this the bites seem to get real random.

“There are green cypress trees that aren’t normally in the water, but are now in 6 foot. There’s also no hydrilla. It all died with the high water. You can find some hay grass and pepper grass and catch fish, but there are a lot of fish spread out in the trees. There are millions of fish up where they will never see a bait. It’s crazy.”

Rayburn is best known for throwing lipless crankbaits in the ditches and drains that run through flats in the winter and early spring, which is also when most the of the Costa FLW Series events have occurred on Rayburn. However, June can produce a stellar offshore bite, and we’ll likely see that in this event, though Castledine still notes that the high water can impact that as well.

“The offshore thing [on Rayburn] is different than any other lake in the country,” he adds. “You can find big schools, but that doesn’t mean you find big fish. With the higher water, there are schools in so many different depths. Usually when you find the bass offshore, they’re all in the same depth, but now they’re all over the place.

“Normally in June the offshore bite would be very consistent, but that’s not the case now. It’s a wild card. It’s hard to stay on top of them, and it seems like they move a lot more.” 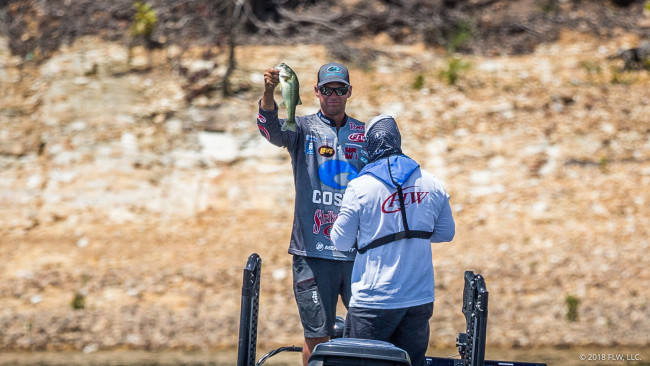 The ability to catch a fish almost anywhere on the lake could make it tough to narrow down where to focus efforts and what patterns to dial in. The good news is that catching bass shouldn’t be an issue – though finding the quality the lake is known for will be.

“The whole lake is going to play,” Castledine says. “The whole lake usually plays on Rayburn, but it’s really the case now. It’s gonna be fun fishing and a fun event.

“There will be guys catching 50 to 70 fish per day, but finding quality bites is the biggest deal. It’s so hard to pattern big bites right now. Like, 7-pounders are a big deal right now.”

Recent local tournament results reinforce that with mid- to low 20-pound bags taking the W and weights quickly dropping into the mid-teens down the standings. 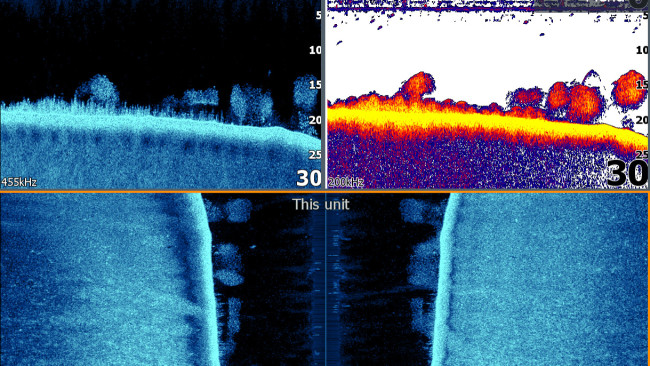 While the fishing on Rayburn is good in terms of quality at the moment, Castledine says that if the Corps of Engineers pulls water and drops the lake, things could get really interesting.

“If they really start pulling water, it’s going to make the bite even better,” Castledine says of the offshore bite. “They were pulling water the other day, but stopped because we got some more rain. They have to hold back a lot so they don’t flood downstream, but I could see them starting to drop it down to summer pool by the tournament.”