Three-day total of 47-8 beats out Haraguchi 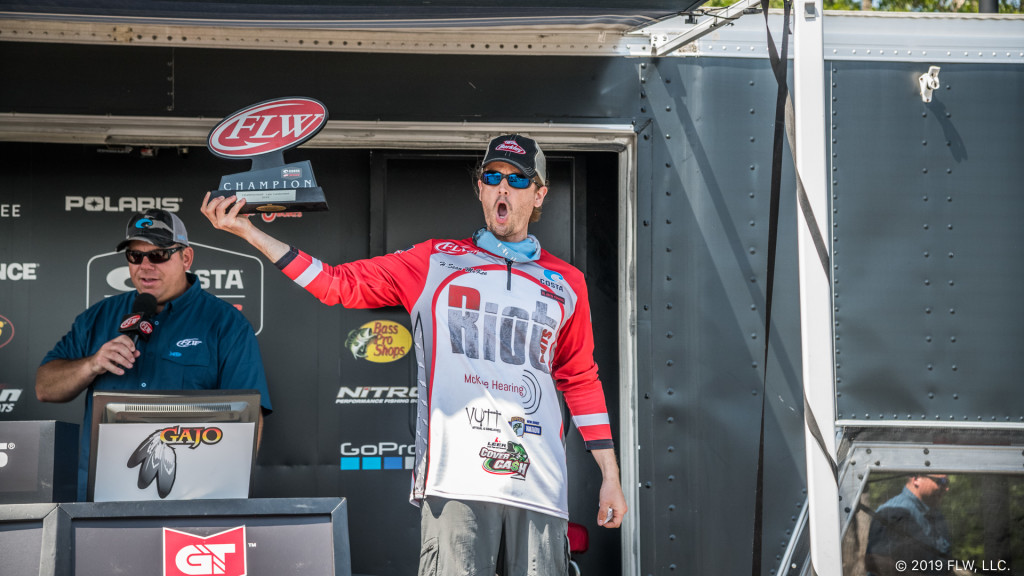 Weighing in 16 pounds, 2 ounces on day three, Henry McKee beat out co-angler superstar Gary Haraguchi for the win in the Costa FLW Series Northern Division on Champlain. With a 47-8 total, McKee won a $1,050 and a brand-new Ranger Z175 with a 90-horsepower outboard. 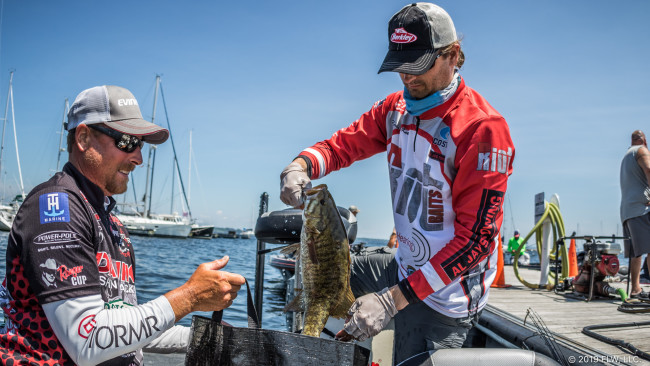 “It’s amazing. I’m still taking it all in,” says McKee of the win, which is his first with FLW. “I left a few fish out there, a big one yesterday and two today, and I thought that was going to be the nail in the coffin. But everything fell together today and I’m just elated.”

McKee fished everything from a Ned rig to a topwater on day three, but his key on days one and two was a green pumpkin-colored Riot Baits Synth wacky-rigged on a drop-shot. Keeping weights in his pocket for different situations, McKee alternated between 1/4-, 3/8-, and 1/2-ounce weights.

McKee makes his living as an audiologist, but he loves chasing smallmouths on the side.

“I test hearing and fit hearing aids,” says McKee. “My wife and I both do the same thing, so we have a lot of freedom to travel. My father started our practice 50 years ago, and he watches the office when we leave and watches the weigh-ins online. He loves when I fish, so he doesn’t give me any problems when I need to take time off.”