Switching up his presentation helps Connecticut co-angler top the field 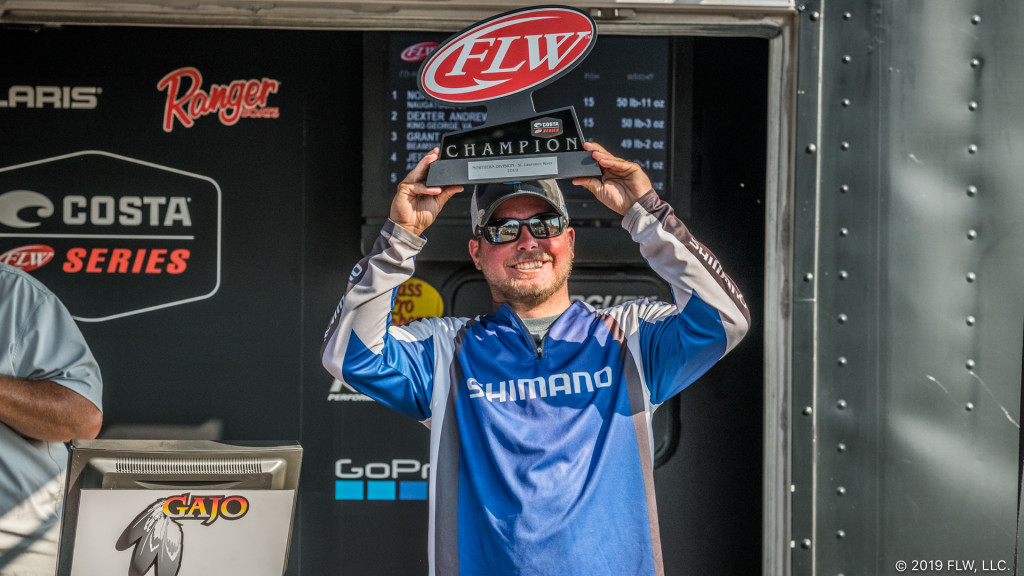 It takes a decent amount of weight to get a bait down 25 feet in the St. Lawrence River’s current. Or perhaps it doesn’t if you’re Noah Winslow.

Vaughan gets dream win on pro side

“I fish a lot of saltwater back home in Connecticut,” says Winslow. “I’ve learned a light bait, once it gets down in the current, it stays down.”

Thus, instead of using the 1/2-ounce weights most were using on their drop-shots, jigs and Carolina rigs, Winslow was rigging up a The Deal-colored Z-Man Trick Shotz on a 1/4-ounce jig head to do the majority of his damage.

After spending the majority of his practice out deep, he was thrilled when he was paired with Zak Fadden on day one, who was committed to fishing out in the depths. Winslow’s little trick put him in third after the day with 19-0.

Day two was more of the same with Joe Lineberry, as the two hung out deep, allowing Winslow to catch 16-9 to bump up a spot to second.

The final day he drew eventual winner Wayne Vaughan, and it couldn’t have been scripted better.

“We both had quick limits today,” says Winslow. “But once he realized the current was slower and made a key move out to the main channel where there was more current, we started to upgrade. It was just slow and steady from there.

“In the final hour, we made a move, and I caught a 4 1/2-pounder. Once I caught that one, I just stopped fishing. I wanted him to be able to upgrade if he could, and that fish ended up sealing the win for me.”