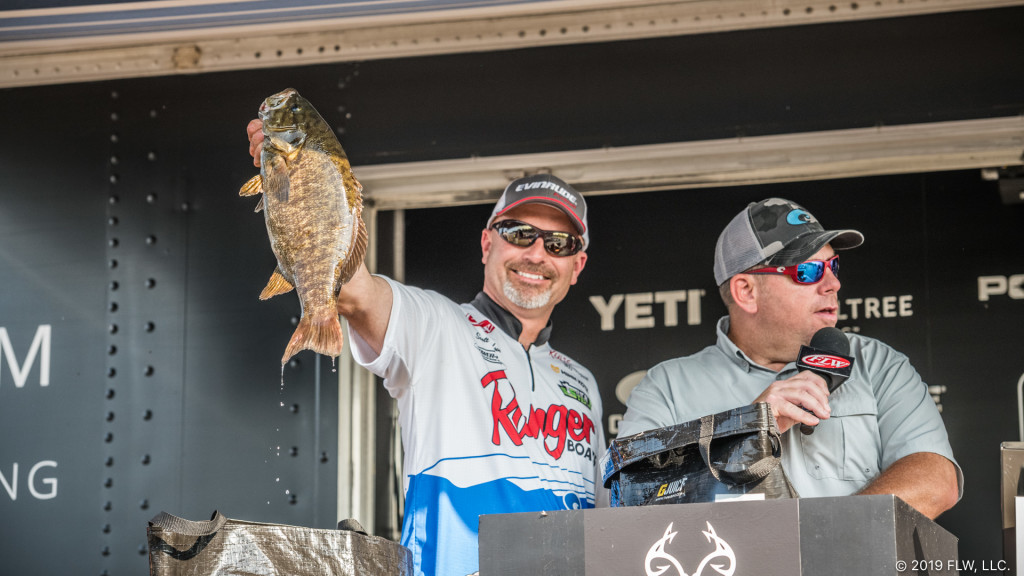 Scott Dobson has earned a pile of accolades up north, but this year, he earned his biggest title yet. Winning the Strike King Angler of the Year in the Costa FLW Series Northern Division presented by Gajo Baits, the Clarkston, Mich., angler finished third at Lake Champlain, 13th on the Potomac River and wrapped the season and the title with a second-place showing on the St. Lawrence River.

Over the years, Dobson has built a reputation as one of the premier smallmouth anglers in the world, capable of dominating around the house in Michigan and taking his skills on the road to the eastern Great Lakes and Champlain. While the bulk of his 54 total top-10 finishes have come from T-H Marine Bass Fishing League (BFL) Michigan Division events, he’s also piled up top 10s on Erie, the 1000 Islands, Lake Okeechobee and Champlain.

Work and a stint on the FLW Tour have kept Dobson from truly diving in to full seasons of regional competition. In fact, prior to his AOY run this year, Dobson’s best FLW Series points finish was eighth in the old Midwest Division way back in 2002. In 2017, Dobson fished another full season in the Northern Division and finished 23rd in points, but a triple-digit showing at the Potomac tanked any AOY hopes he had.

This year, the Potomac didn’t get him.

“It’s out of my wheelhouse, and it shouldn’t be,” says Dobson of the Potomac. “I’ve spent enough time on the Potomac over the years – fishing a BFL Regional, another Costa FLW Series event there, and I fished there a few times on the Tour. I never placed in the money at the Potomac River. Every time I left there I was so distraught. I’d have a really good day one and I’d blow it on the second day.

“I didn’t do anything different this year. I put my normal four days of practice in, went out, did a little homework and got a pulse, but it was a terrible practice. I think I caught six keepers in four days – probably about a bad as it can possibly get. But, I just kept a positive mind frame. I knew it was going to be tough.”

Dobson’s 13th-place showing at the Potomac was key (as it turned out, Casey Smith finished just four points behind him and made the top 10 in every event). The rest of the year, Dobson was able to fish to his strengths. At both Champlain and the St. Lawrence, the Michigan pro plied a drop-shot and a handful of moving baits to load the boat with smallmouths. 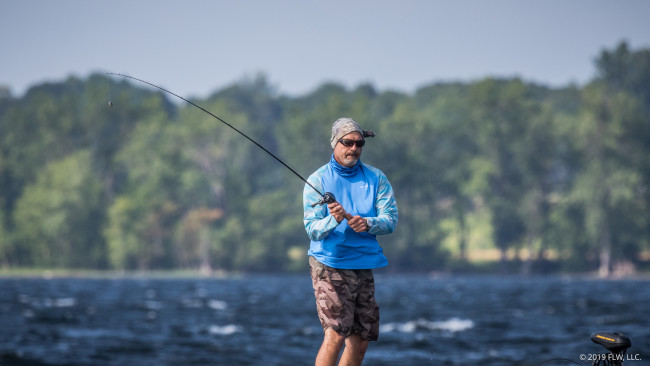 Similar to fellow Michigan pro Ron Nelson, Dobson has cemented a reputation as one of the best smallmouth anglers going, with this AOY and his 2016 Costa FLW Series win at the 1000 Islands as headline accolades. Dobson has caught smallmouths every which way, but some of his most notable performances have come relatively shallow when he can see (or at least almost see) his quarry.

“Sight-fishing, looking for cover and looking for fish, that’s a strength. I love jerkbait fishing, it doesn’t mean it’s the winning pattern, or the winning lure. But it’s a way for me to cover water quick and look at them. Then, I worry about how to catch them in tournament time.”

Despite his success, Dobson knows he’s not the only superstar smallmouth angler during what seems to be a golden age for bronzebacks.

Dobson has had some high-level teachers as well.

“I’ve learned from a lot of great smallmouth anglers – Dave Reault comes to mind. He’s like my godfather. He fishes the Michigan Division, and I’ve spent a lot of time talking to Dave; he’s like a dad to me, and I spent a lot of time on the water with him when I was young.

“He taught me how to fish a jerkbait. I used to be amazed at how long he could [fish a jerkbait]. ‘Stamina, Dobber. It’s all stamina,’ he’d say. I remember how much water he would cover with that bait, and I learned that’s the way to find fish.” 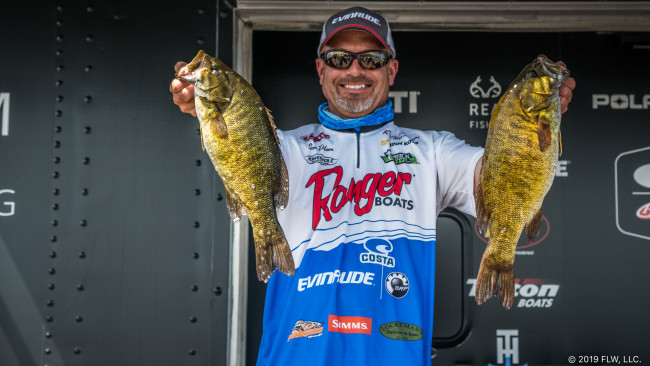 Dobson hasn’t set winning AOY titles as his sole goal – that much is apparent from how he’s dipped in an out of events over the years. However, he’s still glad to have the title.

“It didn’t really sink until I was on my way home,” explains Dobson. “I was more distraught about coming in second and giving up a flat opportunity to walk away with first place after I lost several key fish on the final day. It didn’t really kick in until I got about to Toronto. My travel partner was like ‘Dude, you won Angler of the Year over like 150 other people who were chomping at the bit to beat you, and you got it.’ And I was like, ‘Yeah, that is pretty cool.’” 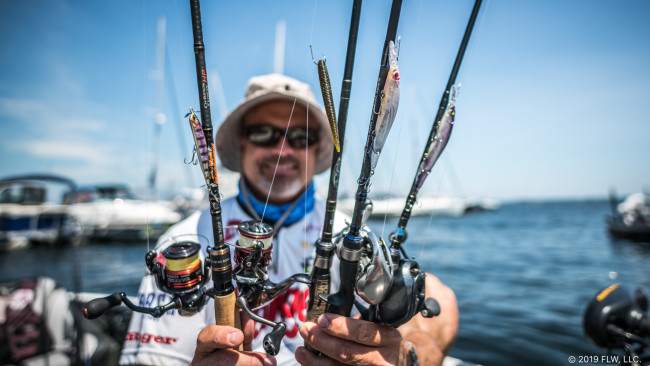 With 13th at the Potomac being his worst finish, Dobson put together a stellar season. Even with the Potomac as the wildcard, Dobson had a solid base of knowledge on all the fisheries from his years on Tour and fishing up north.

“Being comfortable on all those bodies of water was good,” says Dobson. “Even on the Potomac, I was comfortable, and I knew it was going to be tough. If you go into it with a bad mindset, you’re gonna do terrible, so your mental strength has to be on point anytime you approach a tournament.” 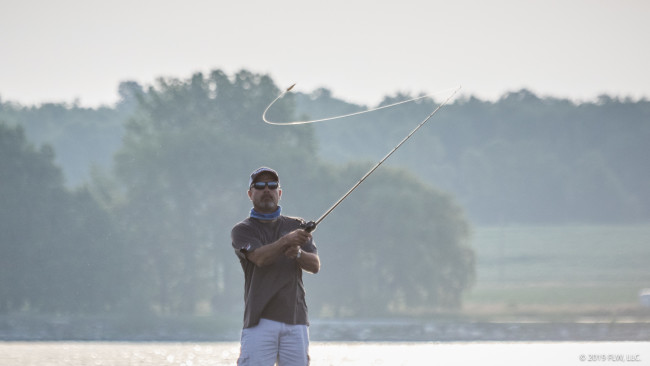 Finishing third on Champlain, Dobson plied a jerkbait, a topwater, a spy bait and a drop-shot to weigh 15 smallmouths. Despite catching consistent bags, he never managed to break the 20-pound barrier. Had he, he may have had a shot to chase down Bryan Thrift for the win.

After weighing 19-plus pounds on day one, Dobson couldn’t quite replicate that success the rest of the way.

“The problem is, the big ones only want to bite the jerkbait, and they don’t want to stay on,” says Dobson, who lost a bunch of fish within feet of the boat on day two.

On day three, with slick water, they just didn’t bite.

“The fish were there, but nothing was happening,” says Dobson of the final day. “We were catching fish, but you can’t put that drop-shot in front of enough fish to get the big bites. That’s why they need to eat that jerkbait, so you can cover water and get those big bites.” 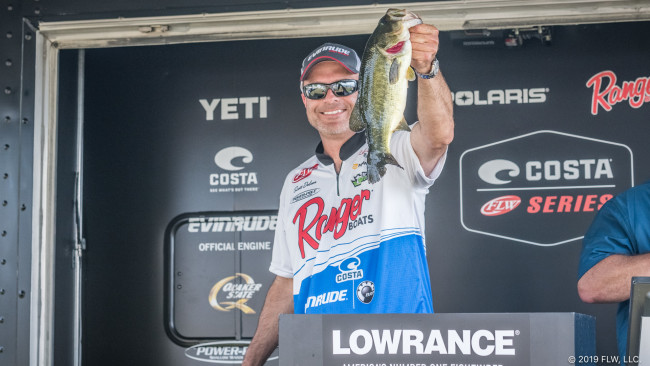 At the Potomac, Dobson weighed in 12-7 on day one and followed it up with an even 10 pounds on day two. Fishing by the seat of his pants, he put it all together on tournament day.

“On the first day of practice, I was showing my travel partner how to scan grass lines,” says Dobson. “We were out on the main river, and I went by a line that was really dense, and then had a little point and a depression. So, I marked it, and I never turned around and fished it, and I really don’t know why.”

That little spot turned out to be pretty key.

After scrapping up a handful of keepers early on day one, with one clutch 2-pounder coming after he followed his co-angler’s advice to go around the corner, Dobson pulled up to that main-river grass.

“I remembered talking to a buddy who had got some flipping fish in the star grass,” Dobson recounts. “My buddy had made a comment that if you saw the ones with the flowers and a nice canopy you could get some flipping bites. And I looked over where I had that coordinate, and it just happened to be an outgoing tide and it was getting all matted up and there was starting to be a good canopy there.

“I pulled out my 1 1/4-ounce and started punching,” says Dobson. “About five minutes in, the braid started squealing and I leaned back and I caught a clutch fish. I kept going about another 15 minutes and I caught another one and culled, and then I caught like another 3-pounder, which blew my mind.”

On day two, Dobson was in a late flight and struggling big time. After a tough morning, he’d committed to flipping the main-river grass.

“It started raining and it was miserable and it was awful,” says Dobson. “But, I happened to be the last flight on the second day and I caught that tide right. In the last hour of the tournament, I caught three more keepers when the tide got right.

“It was awesome, I got out of the tournament in 13th, and I thought I would be way ahead in AOY, and I got back to Michigan and saw that the other guys were all right there.” 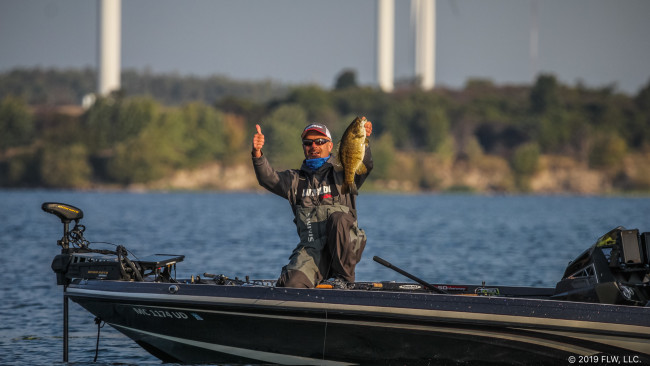 Heading into the last event just a few points ahead in the standings, Dobson was nonetheless the odds-on favorite for AOY. It just seemed like he was too at home with flowing water and smallmouths to disappoint. After finishing second, he fulfilled everyone’s expectations and clamped down on the AOY title.

“I ended up making a big commitment to isolate on big fish that were down toward the lake,” says Dobson. “It was a heck of a run, almost 200 miles round-trip, and anything could go wrong making a run like that, for two days, let alone three days. But, the Evinrude ran great and the Ranger ran great.”

Drawing them in with a jerkbait and catching them with a drop-shot, Dobson caught a few fish deep, but the majority came shallow.

“The fish didn’t cooperate on day one,” says Dobson. “It was really an incredible day of fishing; I probably caught 30 or 40 fish on day one in under five hours of fishing, but the big ones weren’t biting. The second day was stupid – all the big ones were biting and I kinda backed off them a bit.

WHAT ELSE WAS AT STAKE