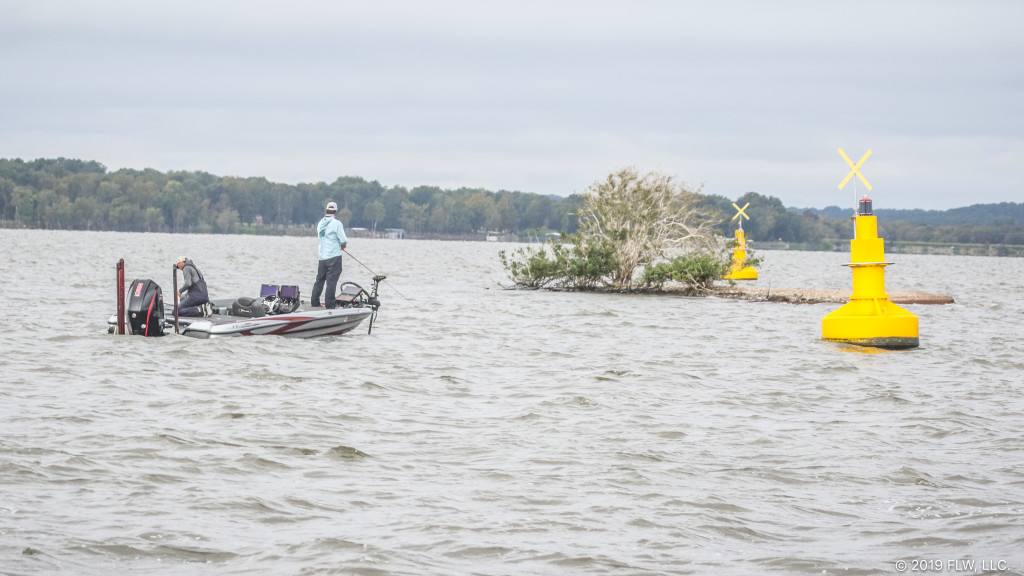 Jason Christie of Park Hill, Okla., leveraged his intimate understanding of Grand Lake’s tendencies to catch a five-bass limit that weighed 22 pounds, 10 ounces to take the lead on day one of the Costa FLW Series Southwestern Division event Presented by T-H Marine.

Adjusting to the day’s conditions, Christie caught fish on a mix of reaction baits and slower presentations. Click here to read about his leading pattern. 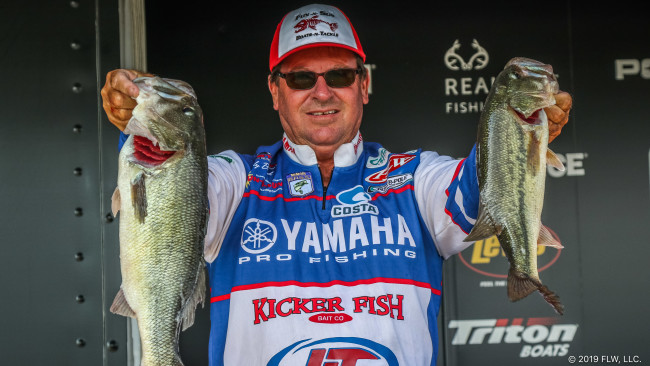 Drawing upon his familiarity with coastal Texas tidal fisheries, Cody Bird seized an opportunity created by hydrological dynamics and caught a second-place limit that weighed 19-3.

“I had caught a good fish off this one spot in practice, and I thought I’d run and check it,” Bird says. “The water was really dirty there, and I didn’t think it would be any good, but we pulled up there and wham, wham, wham, wham. We left them biting.

Bird says he attributes the spot’s productivity to an increase in the Pensacola Dam release schedule.

“It seems like they started pulling the water really hard around 11 [a.m.],” he recalls. “I can read tides because I fish the coast a lot, but it looked like the water pulled from 10 to 12. I showed up at the right time.”

Bird says he caught his fish on a mix of reaction baits and flipping presentations. He thanked his co-angler — day one leader Robin Babb — for sharing a key bait.

“I already had a limit, but I caught a good one on the bait she gave me, so I’ll be making a mad dash to the store tonight,” Bird says. 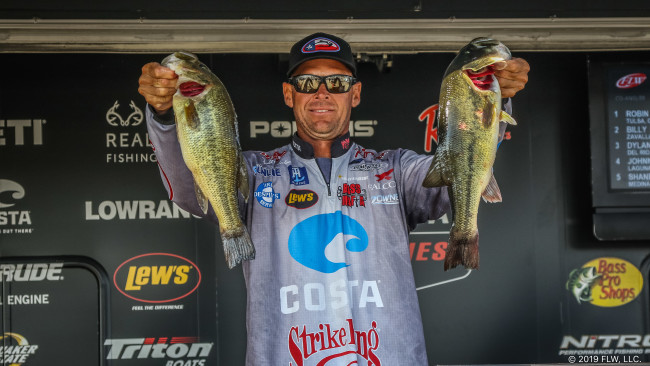 Texas pro Todd Castledine came in to the tournament with a good idea of how he needed to fish, but as day one unfolded, he put together the pieces of a puzzle that delivered his third-place weight of 18-6.

“I figured something out today,” Castledine says. “It’s a timing deal; there’s a couple of things going on that I wasn’t aware of.

“I did this in practice; I just had a bite or two and then left. Today, it just kind of materialized. I actually went back over water I had already fished and caught more, so I kind of figured it out.”

Holding his cards low on the specifics, Castledine says his success hinged on both his bait choice and the specific presentation. The only concern, he says, is that Grand Lake’s potentially falling water might disrupt his pattern on day two. 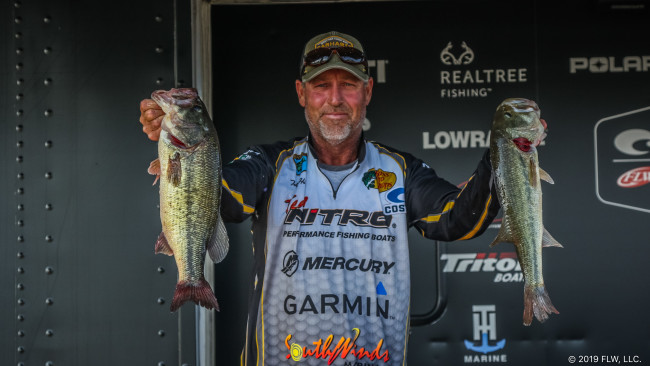 Calling his day a classic fall junk-fishing deal, Oklahoma’s Toby Hartsell caught a limit of 17-14. With random success on a wide range of reaction baits and slow presentations, Hartsell says the day’s mix of clouds and sunny conditions did not hinder him.

“I caught them just as good when the sun came out; it didn’t seem like it mattered,” he admits. “Of course, I think the sun puts them on cover tighter. I caught them pretty much all day long, off and on.”

“I’m just fishing; slinging here, flipping here,” he explains. “I had 18 rods on my deck, and I used every one of them. Probably four different baits produced my weight.” 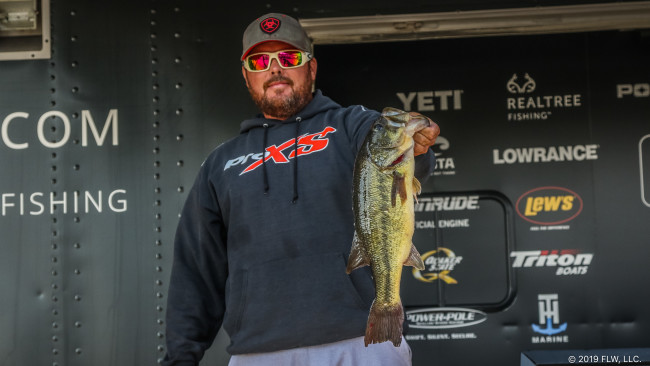 While many lamented the limitations of cold front conditions, Paul Heavener said he actually welcomed the change. His perception was evidenced in a limit of 14-11 that landed him in fifth place.

“I think the cold front helped me out,” Heavener says. “Practice was really tough and hot, so I think the weather change was a blessing. I feel like the fish bit pretty good. I was expecting a lot better weights from everybody, but I had a strong day.

“I feel like the fish were more comfortable cruising up shallow. The bait’s up shallow, so it’s just a matter of time until the big fish get up there with them. With the sunny days we’ve had, they just weren’t up there.”

Fishing the mid-lake area, Heavener rotated among several key stretches of bank. He says he caught all of his fish on reaction baits. His main bait was a square-bill crankbait.