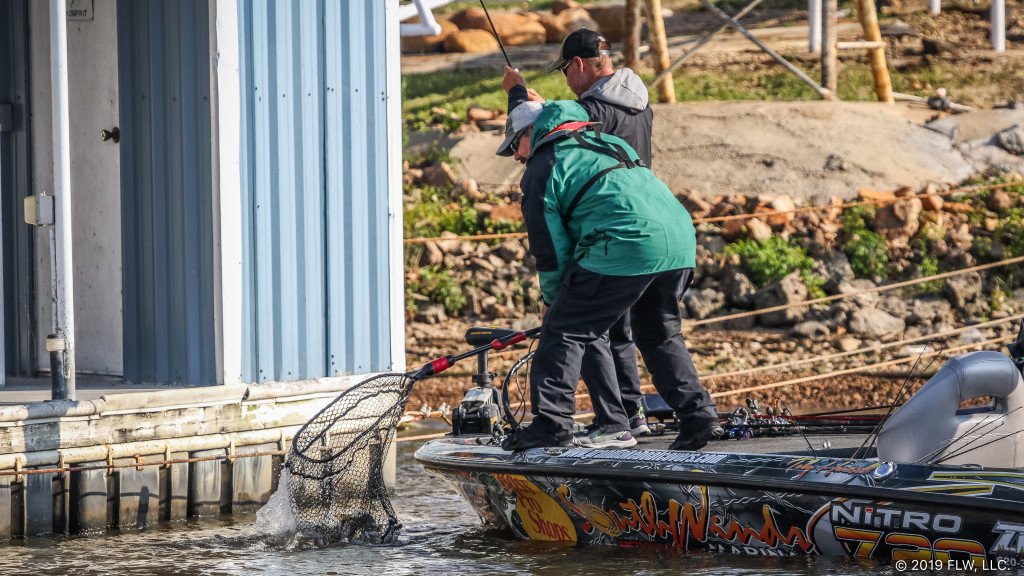 Toby Hartsell Photo by Justin Onslow.
It was all about adjusting to changing conditions to crack the top 10
October 4, 2019 • David A. Brown • Toyota Series

When conditions changed, Cody Bird of Granbury, Texas completely scrapped his day-one pattern, caught a limit that weighed 13-11 and took over the lead of the Costa FLW Series Southwestern Division event, presented by T-H Marine, with a two-day total of 32-14.

Slow presentations in shallow water proved most productive for Bird. Click here to read about his leading pattern.

Here’s what the rest of the top five was up to on day two. 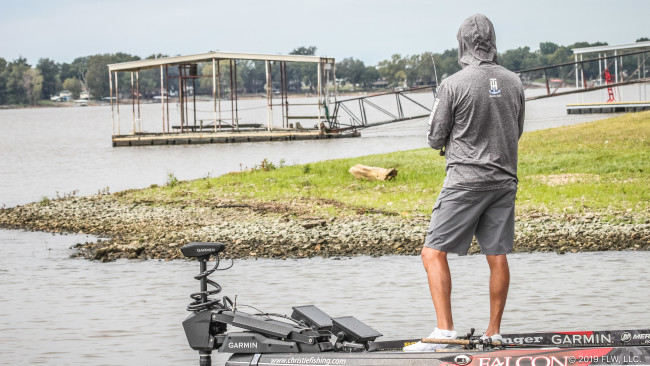 After leading day one with 22-10 – the event’s heaviest bag so far – Jason Christie of Park Hill, Okla., struggled to find second-round consistency. Adding a limit of 9-13 today, he slipped to second, just 7 ounces behind Bird.

“I caught them on moving baits today; I never caught a fish the way I caught them yesterday,” Christie says. “It was just different conditions, and I knew it pretty quickly when I didn’t have a fish in the first three hours. Yesterday, I had a limit in 30 minutes. That’s how this lake is; it’s really fickle, especially this time of year.

“I think the water fell a little bit. Also, this morning, it blew really, really hard, and then this afternoon, it almost quit. I want that medium wind. I can blame it on conditions, but I just didn’t catch them.”

Christie says his day-two strategy reflected a mindset that will change tremendously in the final round.

“Hopefully, it’s cloudy so I’ll tie on a big bait and go try to catch five big ones; that’s all you can do on the last day,” he says. “Today, about 1 o’clock, I went fishing for 10 pounds because I didn’t have anything. Tomorrow, at 2:30, I won’t do that – I’ll still be slinging something big. All you have to do is catch five, hopefully, four of them as long as my leg.” 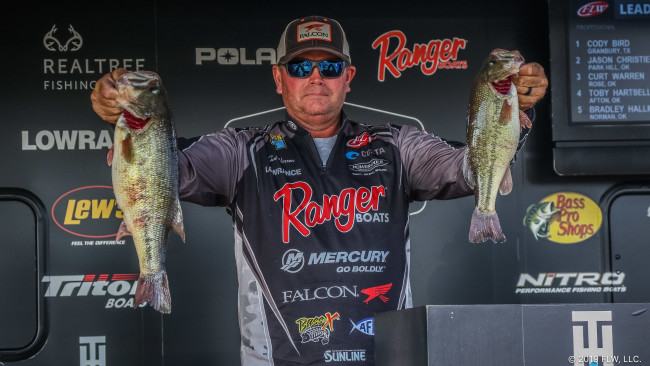 It wasn’t broken, so Curt Warren didn’t fix it. His commitment to a plan rewarded the Oklahoma pro with a 16-pound, 9-ounce limit that moved him up three notches to third with a total weight of 30-14.

“Nothing changed for me today; I just kept fishing the same stuff,” Warren says. “I kept fishing 15 to 25 feet, throwing a football head jig and slowly dragging it as slow as I could. I didn’t have a lot of bites, but I didn’t fish for a lot of bites. I was just trying to catch five big ones.”

Warren used a 3/4-ounce jig to maintain bottom contact in windy conditions. Adding a NetBait Paca Chunk or a Strike King Rage Tail Chunk, he said the biggest challenge was determining when he had a taker.

“It’s kind of hard to feel when they bite; they’re biting kind of weird this time of year,” he says. “They’ve been run over all year long, so that makes them hard to catch in the fall.

“I was just fishing rock; fall transition type stuff. They’re starting to get on it. The lake is starting to color up and cool off a little bit. We’re coming out of the 80s into the mid-70s, and that helps a bunch.” 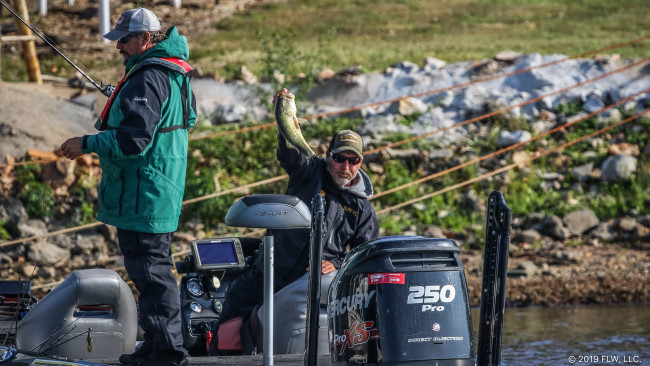 Holding steady at fourth place, Oklahoma pro Toby Hartsell added 11-13 to the 17-14 he weighed on day one for a 29-11 total. Contrary to an active day one, Hartsell struggled to find consistency and caught his fish rather randomly.

“I really thought they were going to bite again today, but I just didn’t get any bites,” Hartsell says. “I had six keeper bites and I broke one of them off; you can’t do that, but it happens.”

“This time of year, a lot of times, when that sun comes up, the shad come up and the fish scatter,” he says. “They’ll get behind a ball of shad and then they’re gone. Contrary to what we might think, the clouds are actually better for what I was doing.” 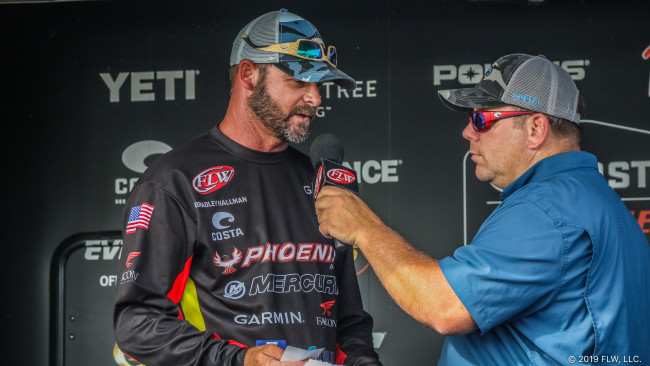 Even though he fared a little better on Friday than on day one, Bradley Hallman says he faced a day two filled with inconsistency. Adding 14-10 to the 13-11 he weighed on day one, Hallman tallied a two-day total of 28-5 and rose four spots to fifth.

“Yesterday, it stayed cloudy all day, but today was a different deal with bluebird skies, a lot of sun and not much wind,” he says. “Today was really junk-fishing. I fished with four or five different baits and just covered water with productive stuff I like to fish.”

Hallman says he fished a square-bill crankbait, a topwater and a small jig. Nothing stood out as more consistent; rather, he fared best by fishing the conditions and cover.