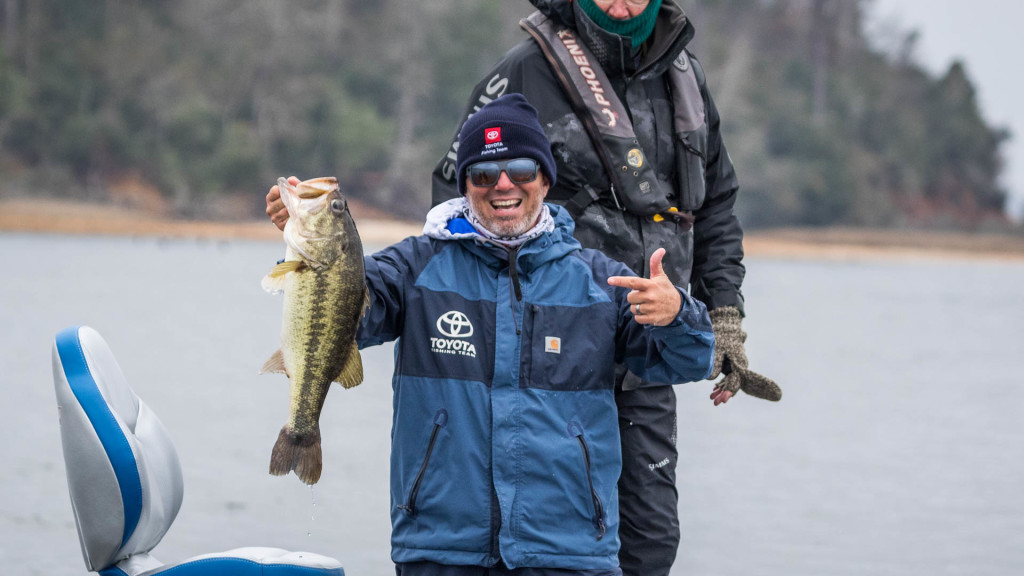 Everyone knew this tournament wouldn’t be the slugfest Toledo Bend is known for, but that didn’t stop the top pros from assembling some decent catches on day one of the Toyota Series Southwestern Division opener.

Stephen Johnston made a clutch cull with a 10-pound, 7-ounce kicker to move his day-one total up to 23-8 for first place. Behind him sits a handful of locals within a mere 4 pounds, which isn’t much on this lake.

Here’s how the rest of the top pros got the ball rolling on day one. 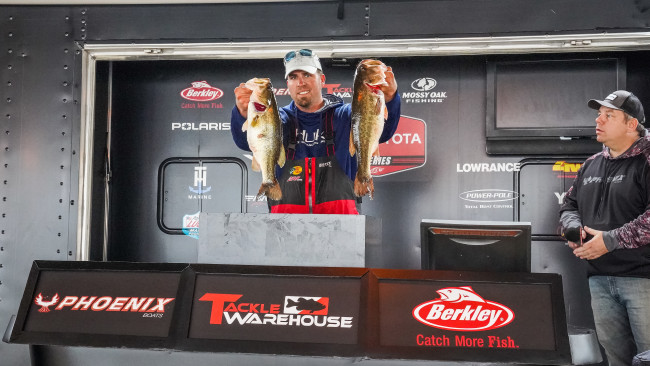 Living basically a stone’s throw from the upper end of Toledo Bend, Matthew Boyt is competing in just his second FLW tournament, though this is his first from the front of the boat.

After one day on Toledo, it’s safe to say it’s been smooth sailing.

“This is my home lake,” Boyt says. “I live here, and I wouldn’t fish as a pro on any other lake. I fish here enough and I couldn’t fish it as a co-angler, but I feel good about my chances.”

To prep for this tournament, Boyt made sure he got plenty of practice to get dialed.

“I took two weeks off to practice for this event, and I was putting in eight- to 10-hour days,” says Boyt. “These fish are in transition, and I had seven spots I thought I could catch them on for this tournament. Today I could only catch them on three of them.

“I hope my three spots can produce 14 to 16 pounds tomorrow and get me in to Saturday. We’ll see. Like I said, these fish are in transition, so we’ll find out tomorrow.” 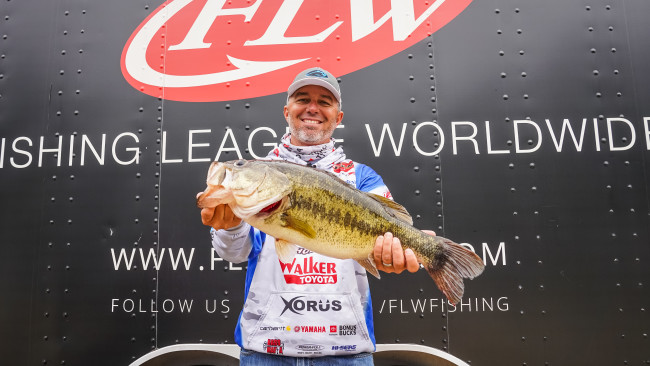 When you’re on a roll it can be hard to stop in the sport of bass fishing, and that’s where Darold Gleason finds himself this week.

Fresh off a third-place finish in his first-ever Tackle Warehouse Pro Circuit event on Sam Rayburn last week, Gleason is picking up right where he left off. Though he didn’t get as much practice as he’d like at Toledo Bend, Gleason guides on the reservoir, and his experienced showed today.

“It’s super cold this week and a little colder than it was at Rayburn,” Gleason notes. “Our water temperature is 54 degrees, and with the lake being low and there not being grass, it’s really the first time a lot of us have seen the lake this way. Last time it was this low, there was grass. So, the fish are acting a little different.

“It seems like the fish are roaming around bait. So, you got little windows to catch them. I caught two fish in the first 20 minutes with my big one [a nearly 8-pounder] on my second cast, and then literally didn’t catch another fish until 2 o’clock. I caught a couple off a spot I found late and left them. I’m hoping they are there tomorrow.”

Even with Gleason’s accolades on Toledo Bend, he knows it isn’t going to be easy from one day to the next. These fish are constantly moving around and repositioning offshore, and Gleason plans to keep up with them the best he can.

“Just from my practice, you can go through an area and scan with your Lowrance and find them, but come back an hour, two hours or five hours later and it’s vacant. So you’ve got to stay on the move. Today I didn’t run more than 15 miles from the ramp, but I still burned probably 30 gallons of gas.”

Momentum may not make up for his lack of practice this week, but it sure has him feeling good and fishing loose.

“I didn’t get a lot of practice, or as much as I’d like, but I had an area I knew I wanted to start at and then tried to do like I did last week – stay fresh and run around until I found what I was looking for.” 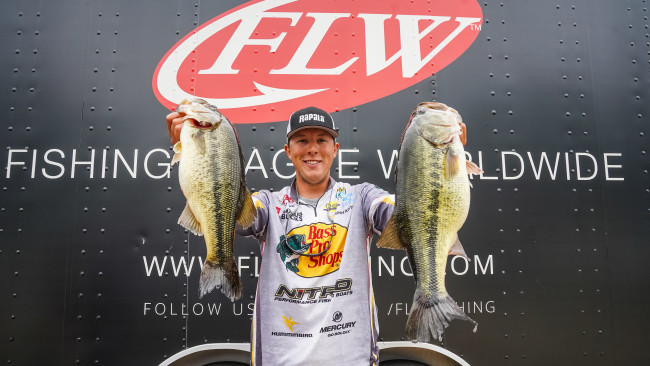 Huff seems just as dialed on the offshore program as he was last weekend.

“I hunted for them all day, and I only had two keepers at noon,” he says. “I got into a couple and caught a few, but only had a limit for about 13 pounds. I ran around and ran around and finally landed on them here at the end of the day. I caught a 6 and two 4s with five minutes to go. It turned it around big time for me.”

Huff is targeting areas where bass that are roaming around chasing baitfish will set up for brief periods. 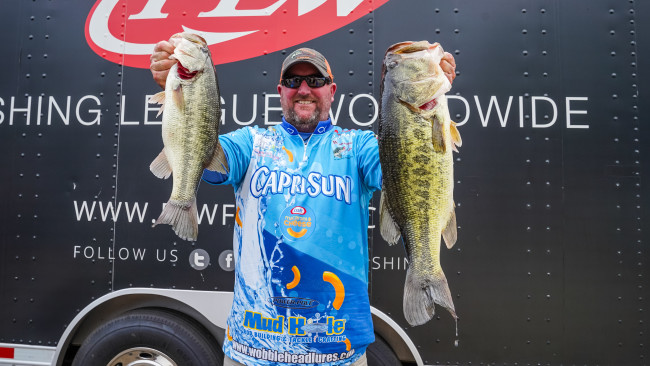 Jim Dillard says that for the last several years he’s put a lot of time in on Toledo Bend, and today it showed.

Sticking to his strength, Dillard is one of the few guys betting on the shallow bite, which produced an 8-pound kicker.

“From the fall of ’18 until now I’ve spent quite a bit of time on this lake, but not during this time of year,” Dillard says. “Last year I fished the BFL that was during this time, but it was different. But I caught my big fish today in the same place I caught them last year in that BFL.

“I’m fishing a lot different than most people are doing. It’s all shallow in dirty water; just fishing Louisiana strengths.

“The water temperature actually dropped two degrees in my areas, and it hurt my moving-bait bite. If we get some sunshine or stable weather that might pick back up.”