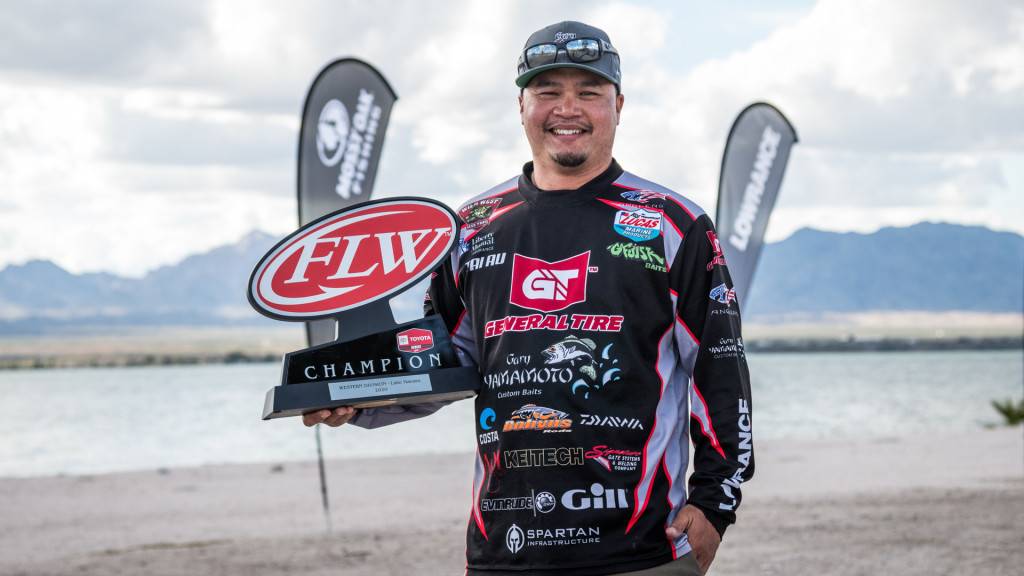 Sometimes wins come easy. Other times, it’s a total grind. Lake Havasu was a little bit of both for Glendale, Ariz., pro Tai Au, who cracked 26 pounds, 1 ounce on day one of the Toyota Series Western Division opener before changing conditions forced him into full-on scramble mode.

Nevertheless, Au made all the right adjustments. He weighed in 18-3 on Friday and 16-15 today to win the event wire-to-wire with a three-day total of 61-3.

When handed the winner’s trophy, Au erupted with emotion. There were screams at first, and then tears. It was a celebration of overcoming the hurdles of tournament fishing, both this week and throughout his career.

“I’ve dreamt about this moment for a long time,” he said on stage. “I’ve been close so many times. This is my 15th top 10, and for a while there I thought it just was never gonna happen; it wasn’t in the cards for me. I woke up this morning at midnight, just getting teary-eyed thinking about it. I’ve got a lot of friends supporting me, and I want to thank them for that.” 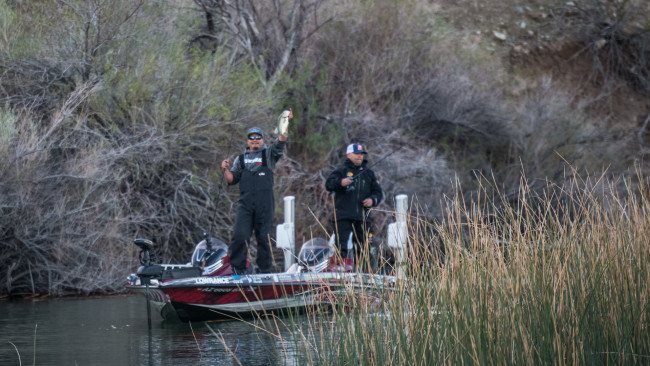 Au opened the tournament with the biggest limit of the week. Four of the five keepers he weighed in on Thursday he caught while sight-fishing. Day one was by far the best day of the event. Sunny skies in the morning made bed-fishing easy. Plus, there were tons of unpressured bass on beds to be caught. That changed when afternoon and evening rains on Thursday dirtied parts of the lake and were followed up with post-frontal weather on Friday, which really challenged many anglers. Au threw everything he had at them and had to do much of the same today.

“As far as numbers-wise, I did all I could today,” Au says. “I went out there and ran the same stuff and caught a whole lot more today than I did the first and second day.

“I just went junk-fishing. I checked a few of my beds. They weren’t there. I did catch one on a bed. That was a 2 1/2-pound male that was on the same bed with my 7-pounder that I caught, so I went back and caught it today to put it in my livewell just to cull it out later. I caught one of my nicer ones on an Evergreen Jack Hammer with a Zako Paddle Tail trailer. I caught one flipping a Flappin’ Hog. I caught two on a Senko, and about five or six on a Daiwa Neko Fat.”

Au spent his time in areas where he saw the best quality fish on beds in practice. Knowing there were good ones around gave him the confidence to stay in those areas. From there, his strategy was to fish whatever looked good in front of him, cycling through all the baits he knew he could get bit with, but he focused mostly on tules, which is “where the largemouth are.”

“Deep tules, shallow tules, it didn’t matter as long as there were tules nearby I was catching them,” he says.

“It was just a matter of running into them and making the right cast. I felt like I made a million casts out there. I left it all out there. I know for a fact I couldn’t have done anything else.”