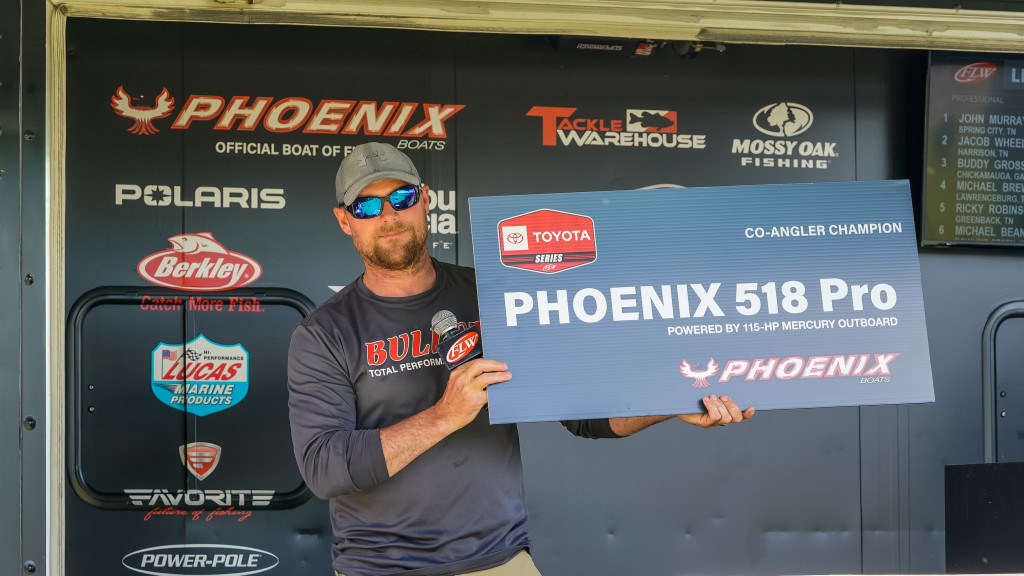 At the day-three weigh-in of the FLW Toyota Series at Pickwick Lake, the biggest five-bass limit of the final day wasn’t caught from the front deck – it was caught from the back deck.

Hauling in an impressive 19 pounds, 4 ounces, Josh Lockard of Somerset, Ky., caught the biggest bag of the day while fishing behind pro John Murray. The weight was more than enough to win the co-angler division in a dominating fashion. In three days he totaled 48 pounds, 7 ounces, giving him an 11-pound, 10-ounce margin of victory and earning him the keys to a brand new Phoenix boat. 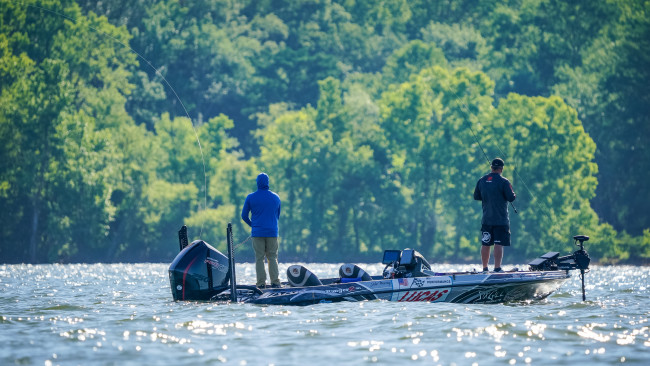 “It’s just been a magical week,” Lockard says. “It seemed like no matter who I drew or where they took me, I would cast out the back and get bit. It’s been an amazing experience.”

During the week, Lockard fished with pros Michael Neal, Jeff Carman and John Murray to reel in catches of 12-12, 16-7 and 19-4 respectively. His one and only bait for the week was a Zoom Magnum Trick Worm in green pumpkin blue. He rigged the worm on one of two sized shaky heads – 5/16-ounce or ½-ounce – and fished them on 15-pound-test Seaguar Red Label fluorocarbon.

While fishing with Murray, Lockard noted that a lot of the ledges were pretty slick. So he dragged extra slow to feel for anything different.

“If I felt the slightest bit of rubble, shell or gravel, I would stop it and just shake it,” he adds.

He also drowned his worms in L&M Custom Bass Snack Scent, which has a heavy garlic odor.

“I always try to put some scent on lures,” he adds. “I figure anything I can do when fishing out of the back of the boat couldn’t hurt.”