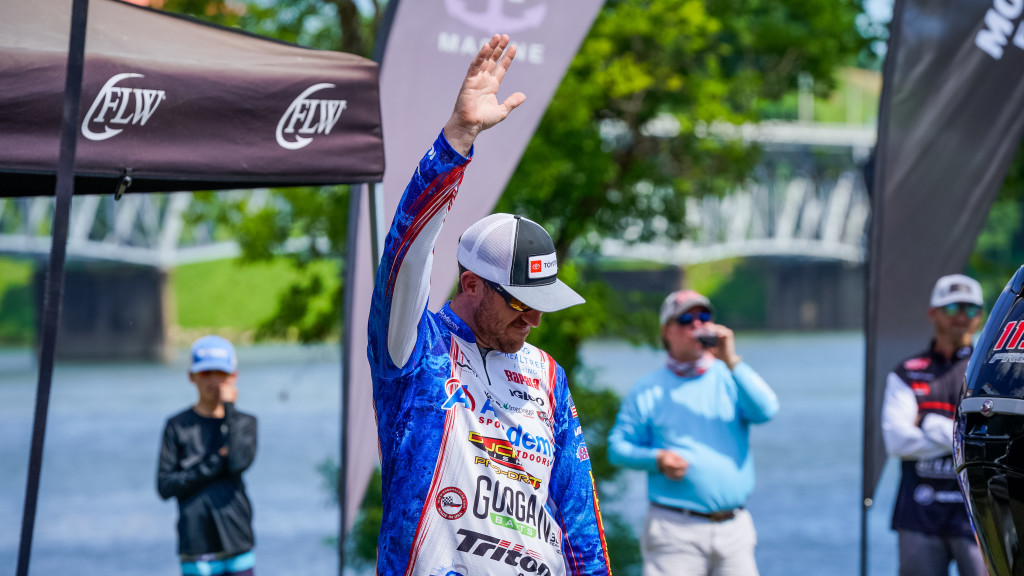 What started out as a scouting trip to better learn Pickwick Lake turned into another tournament victory for Jacob Wheeler’s ever-expanding career resume at the second Toyota Series Central Division event of the season. Today, Wheeler brought in a limit of bass for 17 pounds, 11 ounces to take the win with a three-day total of 56 pounds, 8 ounces worth $38,545.

“Pickwick is one of those lakes that always turns up on tournament schedules,” Wheeler says. “It’s one of those lakes you need to know as a pro angler and I really didn’t know it that well. I’ve been here enough to know the community stuff everyone knows, but I wanted to spend some time scanning this lake for off the wall places to have some more options. So when I saw Pickwick on the Toyota Series schedule I figured why not get in it and use it as a learning trip to get better acquainted with the lake.” 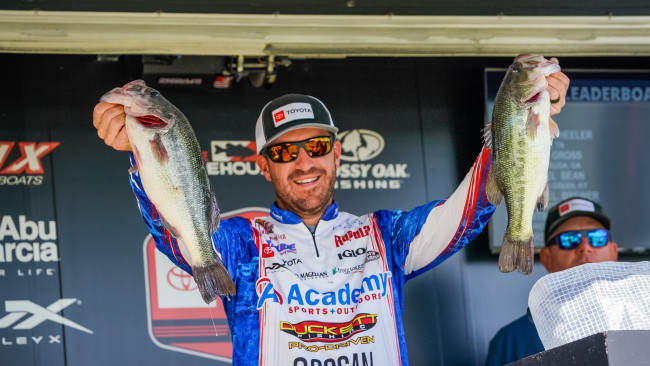 That trip included a five-day scouting period before the event began, which coincided with Memorial Day weekend. While many would consider fishing a crowded Lake Pickwick over a holiday weekend a mindbender in terms of fishing pressure and recreational traffic, Wheeler saw it as an opportunity to learn where pressure was being applied the most.

“The first thing I noticed right off the bat is that any ledge in that 15- to 22-foot zone was like a runway for locals idling for schools,” he explains. “That’s when I decided to start looking either shallower in 8 to 15 feet or deeper in that 25- to 35-foot zone. I knew if I wanted to find something less fished, I needed to put my time in on those two zones. Today I caught some of my fish from 32 feet of water.”

By the time practice concluded, Wheeler had about 30 places that he considered part of his rotation. Some of those, however, turned out to be duds.

“I had a few places that I thought were sneaky places that I would have to myself,” he says. “It’s heartbreaker when you find a place like that, get your hopes up about it and then come to find other boats on them when you ride by. There are not many secrets on this lake, that’s for sure.”

On the flipside, Wheeler found a handful of spots that did not get as pressured – places that were “mostly open” when he wanted to fish them.

“They were places that wouldn’t really dot up with fish when I rode over them,” he says. “There would be just like five dots, not dozens. I marked those places because I felt like they might be the start of fish beginning to group up in that location.” 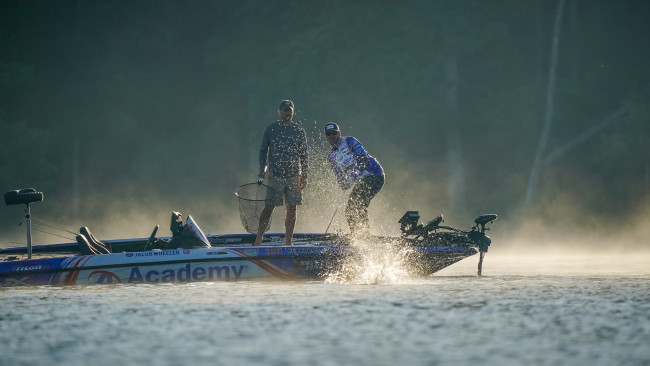 Once the tournament started and Wheeler really began to fish some of the places on his list, he began to realize that timing was key in terms of the order he fished spots. Some places were better in the morning and, more importantly, some were better in the afternoon.

“I didn’t really get a feel for that until I ran everything the first day and then sort of reversed the order the second day,” he details. “My second day was better because one of the spots I hit in the morning on the first day didn’t produce anything. When I hit that same spot in the afternoon the second day, the fish were grouped up much better. By today, I had a much better feel of when to be on what spot.”

During the week, he never found a megaschool of bass, it was always one fish here and one fish there.

“It’s not like I ever pulled up on a place and caught 20 pounds off it. I had to fish all day to build my limit by nitpicking from here and there. The most I weighed off any one spot was three.”

“During practice I threw a lot of ledge stuff that just didn’t seem to work,” he says. “I threw a hair jig a lot – it’s one of my favorite offshore baits in May – and these suckers here just wouldn’t bite it. And I don’t know why. I tried other jigs and stuff but the basics – a crankbait, a spinnerbait and the standard Texas-rigged worm – seemed to be the best combination for me.”