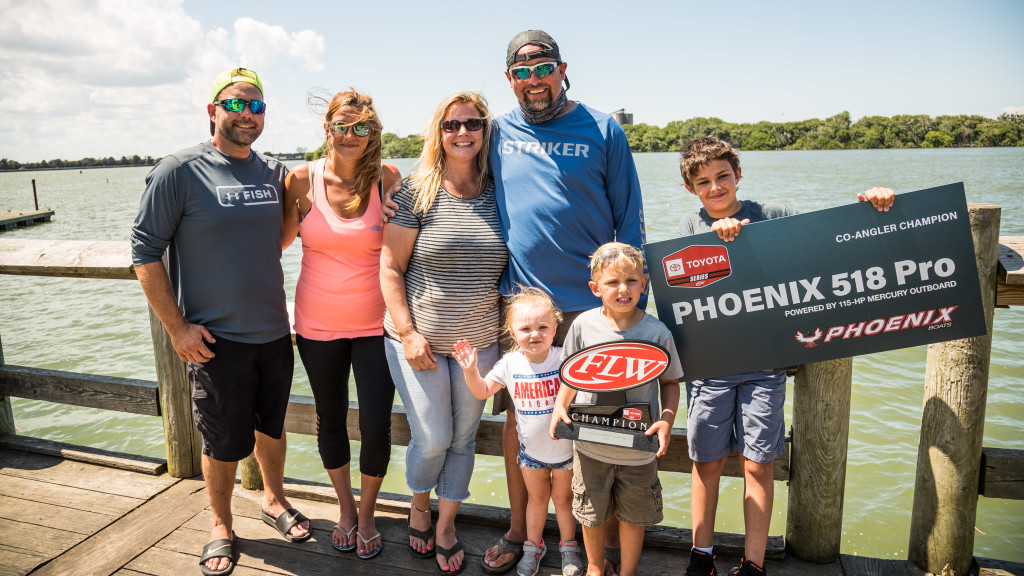 Despite weighing in just 9 pounds, 9 ounces on the final day, it was still enough to move Dan Mundy of Swartz Creek, Mich., from second to first for the win in the Toyota Series Northern Division event on Lake Erie. With a total of 38-12, Mundy takes home a new Phoenix boat package valued at over $33,000.

A long-time co-angler in the Michigan area, Mundy whooped up on the smallmouths on days on and two before grinding it out on the final day when the top 10 were confined to Sandusky Bay. On day one Mundy fished with Leo Reiter, he fished with Harold Marietta on day two and behind Dick Parker on day three.

“I was out here in practice with a couple of boaters, just fishing around,” says Mundy. “They were really fickle, it was tough.”

Coming in prepared for a grind, Mundy ground with the best on the first two days.

Getting just seven bites on day one, Mundy weighed nearly 18 pounds. On day two, the same slow game developed, but this time Mundy only caught five for 11 pounds. For his smallmouths, Mundy stuck with a Ned rig with a green pumpkin Z-Man Finesse TRD.

In the bay on the final day, things looked grim for a while.

“Today, mother nature threw us a curveball, in three days you’re going to have that happen," says Mundy. "My boater wasn’t real happy about being in the bay, we struggled, we didn’t have a fish in the boat until about 11:30.”

Still, eventually, they did start putting fish in the boat. Peppering a school of fish in some current near one of the break walls, a drop-shot with a 3-inch Bass Pro Shops Stik-O in prizm shad did the damage.

After weighing his limit and sweating out one more angler, Mundy got to celebrate his first FLW victory with his family.