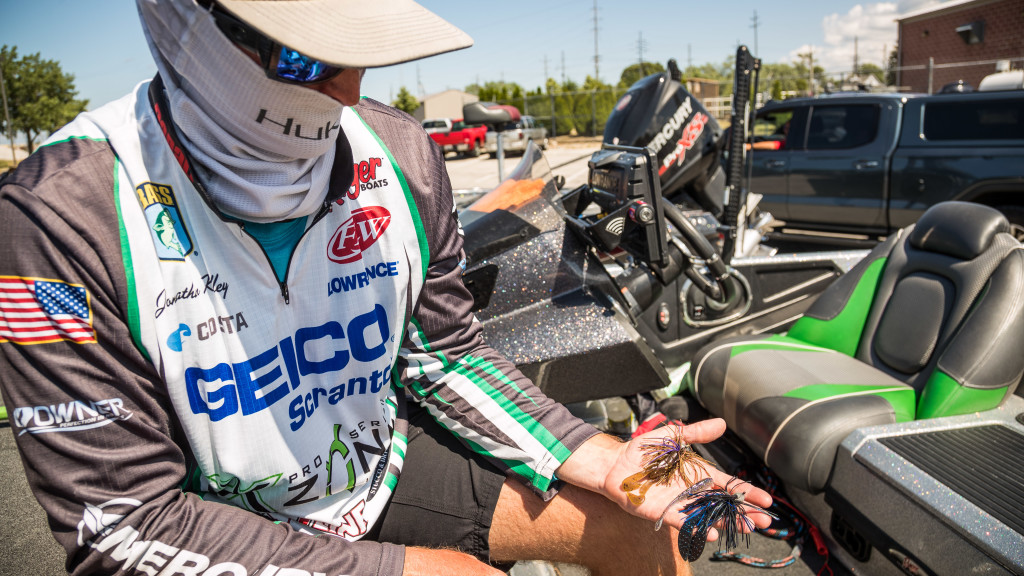 The Toyota Series Northern Division event on Lake Erie featured pretty tough fishing overall. On the first two days, many of the top pros ran to the Detroit River or St. Clair for their fish, and others plied the waters nearer Sandusky. On the final day, the entire field was confined to the waters in and around Sandusky Bay due to wind, and everyone switched to targeting largemouths. 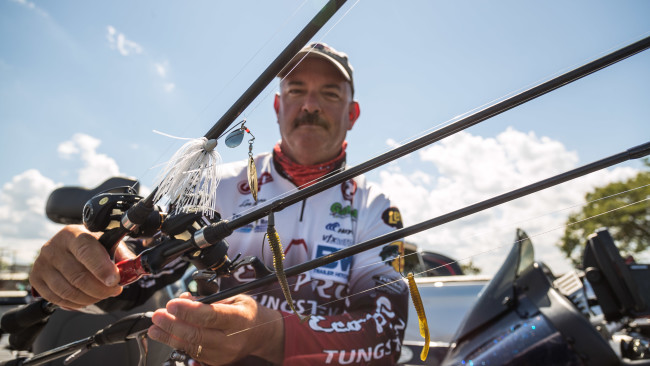 1. Taking the win, Lee Rogers did best for smallmouths with a Strike King Half Shell and his primary color was green pumpkin purple. To target largemouths on the last day, Rogers used a Strike King tube, a prototype 3/8-ounce Eco Pro Tungsten spinnerbait and a Texas rig with an Eco Pro Swing Shad swimbait. Rogers fished all his baits on JB Custom Rods with Lew’s reels and Gamma line. 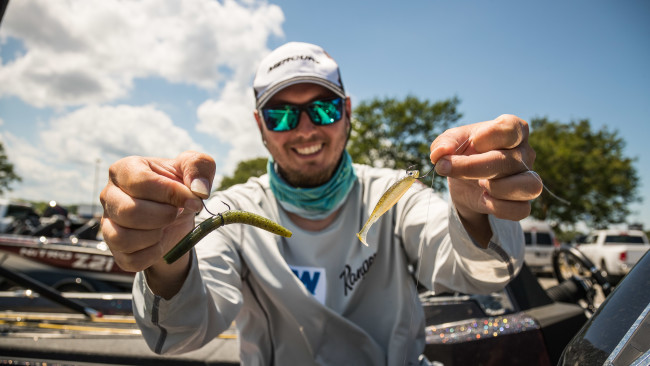 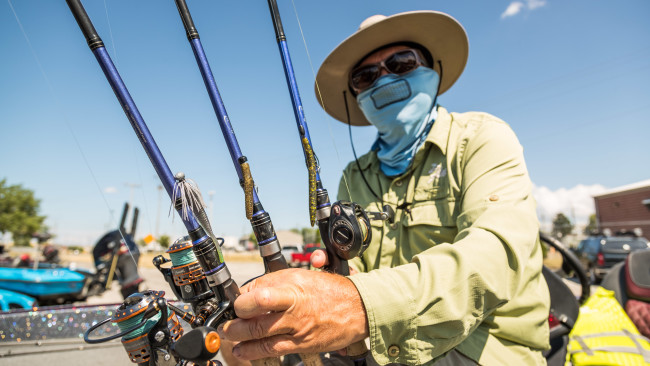 3. Charging up to third on the final day, John Dawson’s big largemouth bag came flipping a 5-inch Yamamoto Senko in green pumpkin and gold flake. He Texas-rigged the Senko on 30-pound-test braid with a short fluorocarbon leader and alternated between weights ranging from 1/8- to 3/4-ounce. For his smallies, Dawson stuck with a Z-Man Finesse TRD on a Ned head and a finesse jig. 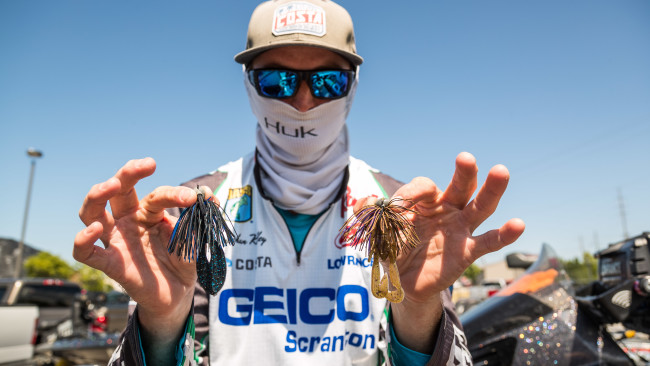 4. Actually basing his strategy on Sandusky Bay from the jump, Jonathan Kelley plied a drop-shot with a 6-inch margarita mutilator Roboworm Straight Tail Worm and an X Zone Slammer. But, his quality baits were a trio of jigs – a 1/2-ounce homemade football jig with a rubber skirt and a Zoom Speed Craw, a Keitech Model 1 Casting Jig with a Zoom Super Chunk and a Riot Baits Lil’ Creeper with a Yamamoto Double Tail Grub. 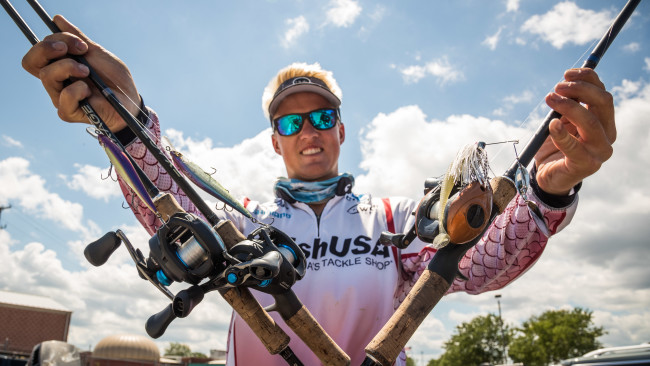 5. Another angler who spent some solid time in the bay, Jonathan Dietz used a Megabass Vision 110+1, a 3/8-ounce  River2Sea Bling Spinnerbait and a Ned rig. 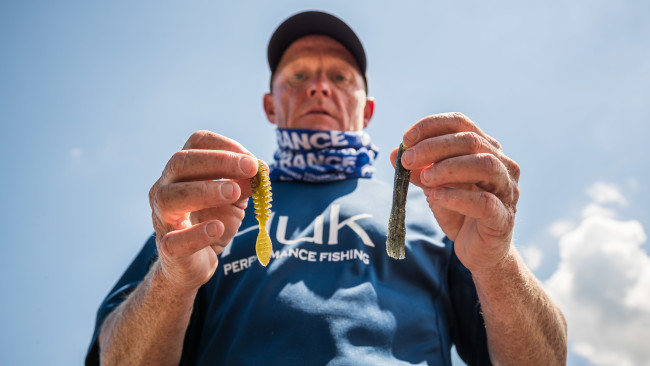 6. Dick Parker was within striking distance of the win based on smallmouths and his primary baits were a Poor Boy’s Erie Darter on a drop-shot and a Bass Pro Shops Tender Tube. 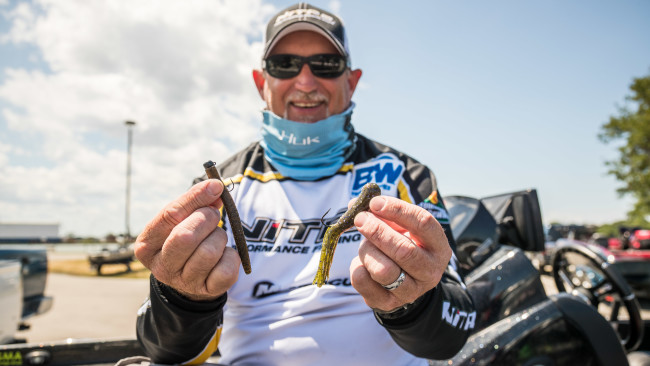 7. Out in the lake, Tony Mitchell relied on a Snack Daddy Lures Elite Tube and a Z-Man Big TRD on an Eco Pro Tungsten Shroom Head. On the final day, Mitchel tossed a 1/4-ounce Terminator Spinnerbait. 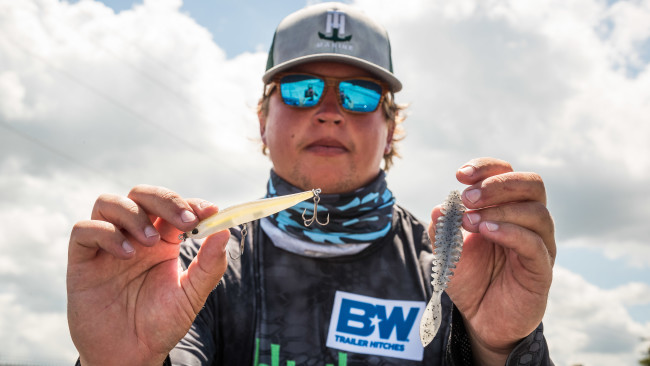 8. Making the run to the Detroit River area, Chase Serafin worked a Duo Realis Spinbait 90 on the shallower stuff and a tube or a drop-shot with a Poor Boy’s Erie Darter deeper. On the final day, he cranked a rasta-colored Rapala DT6. 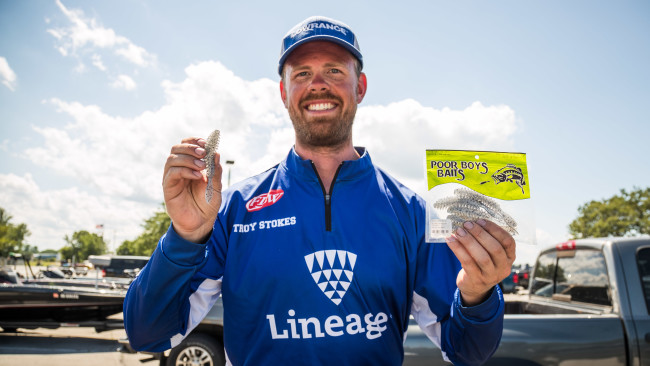 9. Troy Stokes crashed and burned on the final day, but his main player on days one and two was a Poor Boy’s Erie Darter on a drop-shot. 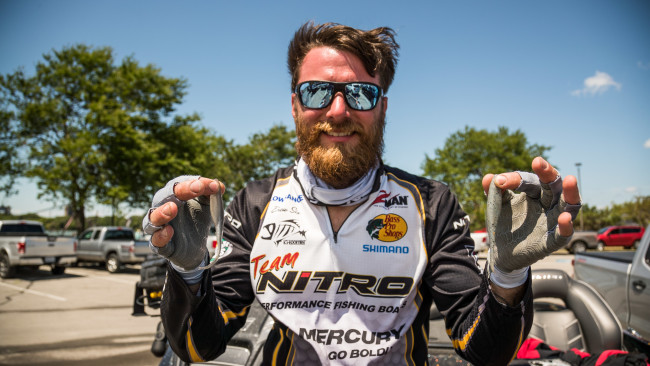 10. Also stubbing his toe on the final day, Drew Six finished tenth and caught his smallies on a Z-Man Scented Jerk ShadZ on a drop-shot.