The lowdown on the leaders 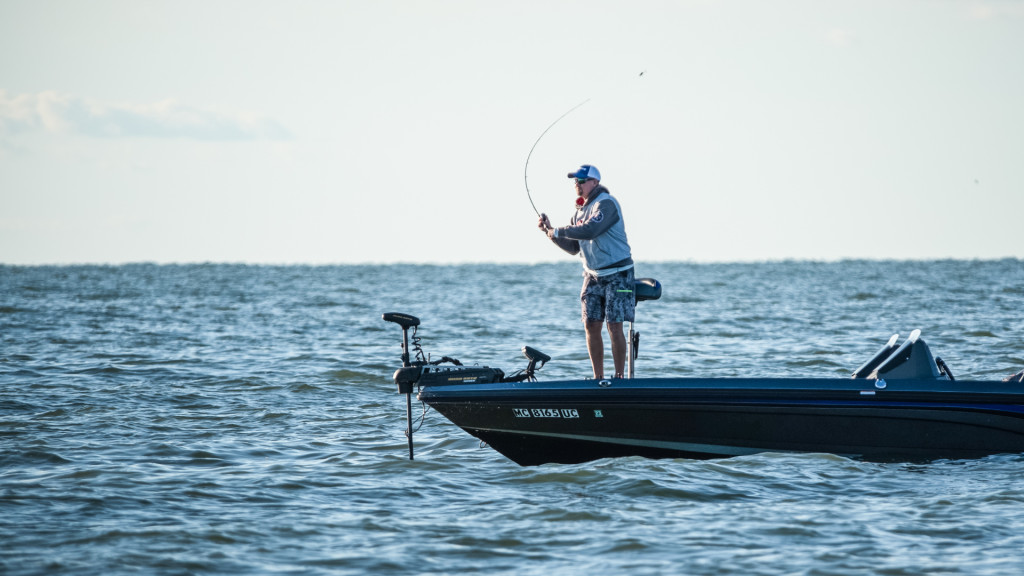 Day two of the Toyota Series Northern Division event on Lake Erie has posed some serious challenges from a coverage perspective. Not only are the leaders fishing about as far apart as possible, but the waves to the east of Sandusky are pretty huge. Still, from the reports we have, it looks like plenty of fish will come to the scale one way or another.

Leading the way, Dick Parker ran east and is fishing in some really big waves. He’s very accustomed to it, but when we left him he only had one fish in the boat. Still, in the first Northern Division event of the year, he only scraped a few fish per day as well, so it’s far from over for him.

To the west, Mike Trombly is doing very well, having put about 14 pounds in the livewell by 11:00 a.m. and fishing in much calmer waters than on day one. Assuming he finishes his limit, he’s a lock to be fishing on the final day. Also to the west, Randy Ramsey is having a really good day – he’s already got a limit for about 17 pounds.

Other than that, the top performers are a mystery, though we do know that everyone in the top five got where they wanted to go. So, make sure to tune in for weigh-in, where the sound should work and we’ll find out who is going fishing on day three.