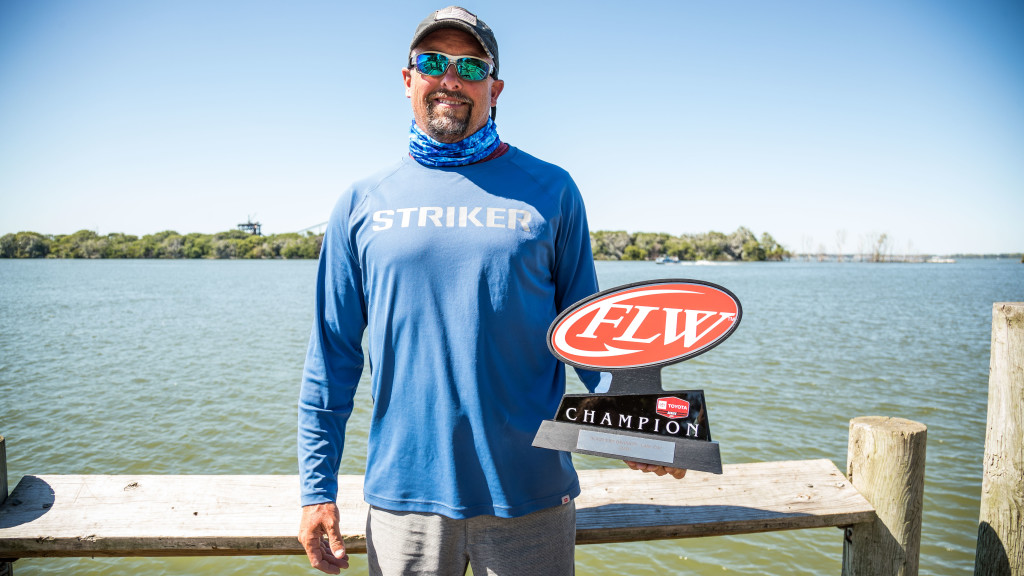 Totaling up 41 pounds, 6 ounces, Dan Mundy won the co-angler side of the Toyota Series event on Lake Erie and is about ready to start a boat dealership. After winning the first Northern Division event of the year, the Michigan co-angler went back-to-back in the second event of the season to claim another Phoenix boat worth $33,500.

In third after day one, Mundy rose into first on day two and only managed three bass fishing behind Mitchell on day three. Still, they were three good ones, and the additional 10 pounds, 4 ounces they provided were enough to let him slip by the always amazing Gary Haraguchi for the win.

Mundy has fished these waters for years, but because he cares for his parents, he’s not able to dedicate the practice time needed to compete as a boater. Still, he’s certainly making waves as a co-angler this year.

Usually, it takes a combination of fishing skills and good fortune to win as a co-angler. You need an element of luck to end up with a boater around the right fish. Today, fishing behind Kurt Mitchell, Mundy thought his luck had run out.

Still, his three fish got the job done, and it was thanks to an old-school bait.

“That’s a daily decision,” says Mundy. “The stuff I caught them on last time, I had to use different stuff this time. I went old-school, dragging a tube, when they’re high pressure and tight, you can crawl a tube, real slow.”

Mundy used a ¾-ounce football head and a green pumpkin tube for his dragging bait. He also caught some fish on a drop-shot on day two with a Strike King Dream Shot in green pumpkin purple and some largemouths on a vibrating jig. For his smallmouth baits, he made liberal use of Hog Tonic. He used Duckett rods and Seaguar line for all his presentations.

“I want to thank my family for their support, especially my wife Melissa, she’s phenomenal,” says Mundy. “I can’t leave my parents without her help, it’s just impossible. And, my entire family and the kids are all behind me.”