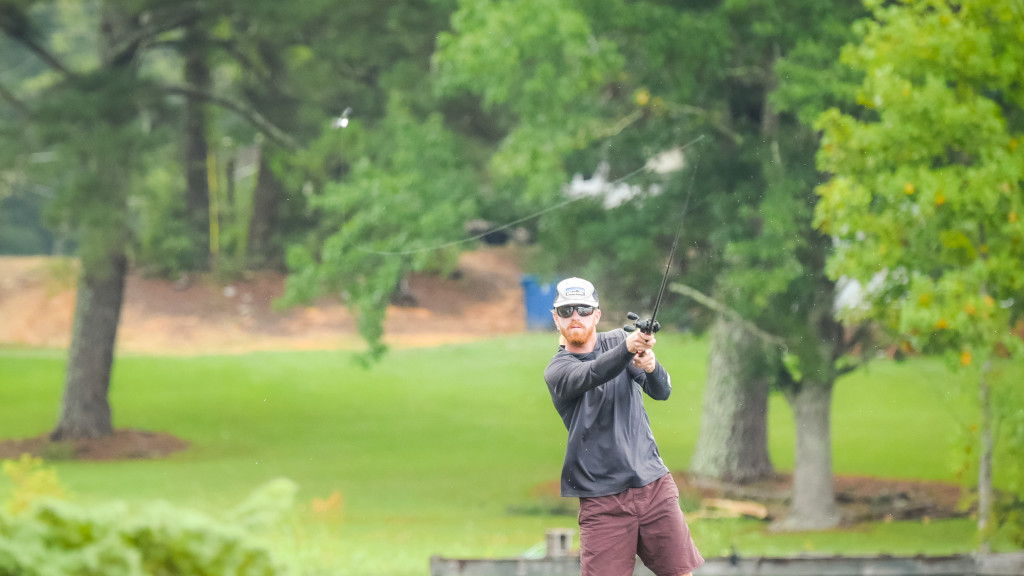 Anglers fishing the Toyota Series Southeastern Division on Neely Henry this morning got just about the best weather you could ask for when it comes to late summer fishing in the south: heavy clouds with a slight breeze to ripple the water.

The overcast skies hung around until about 11 a.m., giving pros a nice window to put various topwaters to work. Buzzbaits in shallow grass seemed to be a popular pick right off the bat. Cal Lane, son of Major League Fishing pro Chris Lane, was putting his trusty River2Sea Whopper Plopper to work early for three keepers. Also, Lane lost a nice fish right at the boat, estimated to be at least a 5-pounder.

Most anglers were reporting just one or two keepers early on. Several anglers noted that the current did not seemed to be running during the morning hours. Anglers trying to run the back ends of creeks were stunned at how many of the creeks had been blown out with muddy water overnight, possibly from heavy afternoon thundershowers over the drainage basin yesterday.

“I’m right on schedule,” Tucker says. “They should bite better this afternoon when they turn some generators on. This place has been really stingy the last couple of weeks. I feel pretty good to have what I have right now.”