The top pros are chasing Foster for the win 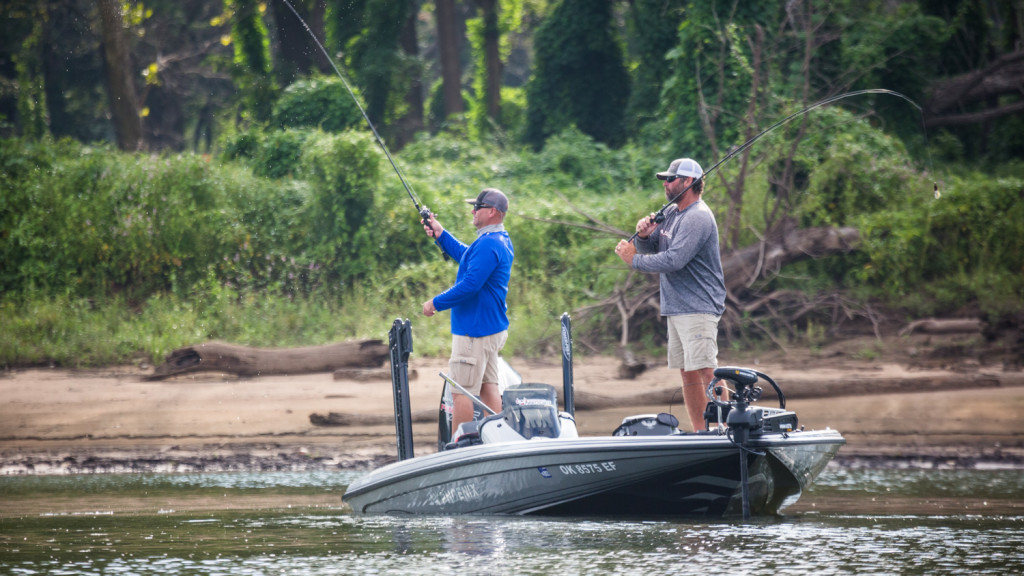 Cameron Foster began the final day of the Toyota Series Southwestern Division event at Fort Gibson Lake with an 11-pound lead. By 8:00 a.m., Foster had returned to the honey hole that brought him to pole position with $27,070 on the line for crossing the finish line. Thanks to a hot, early bite, Foster is now nursing a four fish total with at least one 4-pounder in the boat.

The majority of the 10 angler field competing for first place headed up the Grand River this morning, picking and choosing gravel bars and brush piles along its exceptionally low banks.

Second place angler Dakota Ebare was among the crowd in the river. Third place angler Terry Hawkins had a limit by around 10:00 a.m. Both will likely need well over 23 pounds to catch Foster, who estimated 9.5 pounds in the boat by 11:00 a.m.

Rounding out the top five, Zach Birge and Jacopo Gallelli were spotted up the Grand as well. While elsewhere in the field, ninth place local angler Brett Brumnett was culling a limit by 10:30 a.m. Darrel Robertson, Kyle Cortiana and Blake Capps were also plundering the Grand for weight by midday.

Weigh-in for the Southwestern Division event at Fort Gibson Lake begins at 3:00 p.m. CST, so tune in to see who will take the crown.