Plains Division Kicks Off on Dardanelle

Muddy water could throw the field a curveball 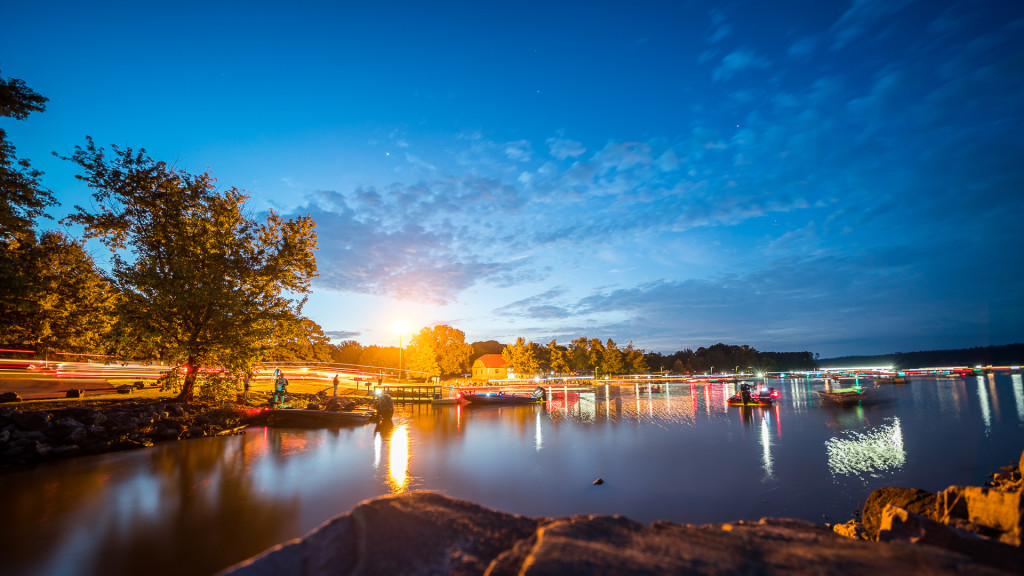 All the major bass tournaments Lake Dardanelle has hosted since 2004 have followed different scripts, and the Toyota Series Plains Division presented by Fish-Intel event that kicks off today will be no different. With a schedule full of changes due to the COVID-19 pandemic, this is the first event of the Plains Division season, and it’s the last division to kick off in 2020.

Today, over 200 pros and co-anglers blasted off on a classic late-summer morning in western Arkansas. Temperature at takeoff was 70 degrees, and the forecast calls for a high of 86 with 84 percent humidity. It’s very mild weather that feels hot and wet, and it will take a physical and mental toll on anglers scrambling to locate a limit. 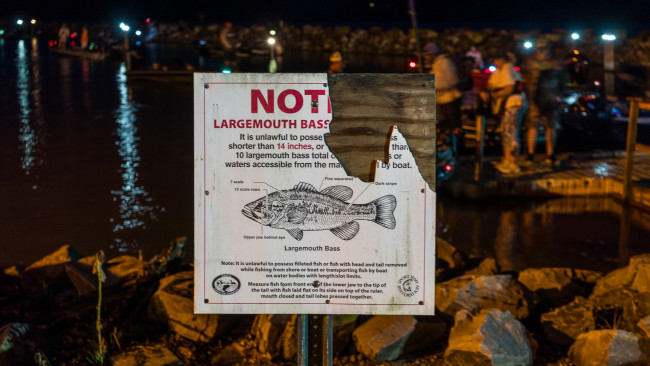 Covering nearly 34,000 acres, Lake Dardanelle is impounded from the Arkansas River and is one of the major pools of the McClellan-Kerr Navigation System. It touches about 315 miles of shoreline and exhibits multiple profiles. It is essentially a highland reservoir with distinctive lowland characteristics. Its average depth is 15 feet, with a maximum depth of 61 feet.

Major tributaries include Big Piney Creek, Spadra Creek and Illinois Bayou. The main river areas are heavily stained. The backwaters and tributaries are slightly clearer. Water levels are variable and can fluctuate dramatically overnight, and sometimes throughout the day. The upper end of the lake near Ozark Lock & Dam is narrow and shallow, with rock wing dams and revetments, large sandbars and mud flats with a lot of shallow cover in the form of downed logs.

For 30 years, with an interruption in 2020 because of the COVID-19 pandemic, the Arkansas Big Bass Bonanza has taken place along the entire length of the Arkansas River. It’s one of the largest amateur bass tournaments in the nation, and the winner often comes from Lake Dardanelle. The average winning weight is around 7 pounds, and fish that size are plentiful in the fishery. 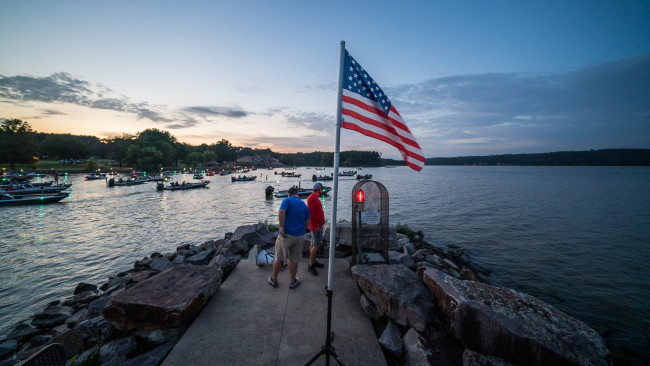 The weather in the area has been mild and stable lately. The wind at takeoff was out of the northeast at 2 mph. On Friday, temperature at takeoff is expected to be 56 degrees, with a high of 80. On Saturday (the final day of competition), the forecast calls for sunny skies with a high of 77 and a low of 59. The lake’s surface temperature is around 85 degrees, give or take depending on the area. 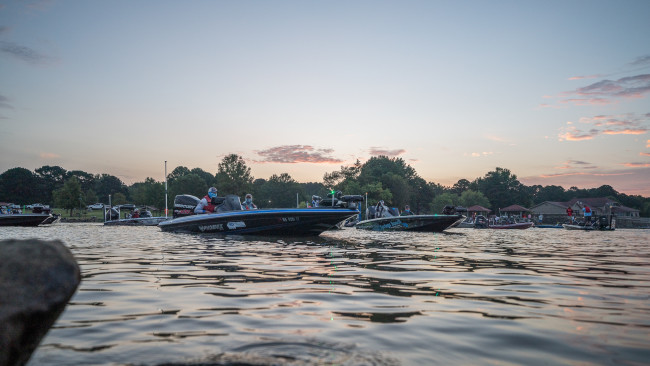 Dardanelle is a dynamic fishery that welcomes a variety of fishing styles. Some anglers have excelled here using finesse tactics, while others have won with power-fishing tactics. A common strategy is to fish jigs and spinnerbaits in the headwaters.

Sheldon Collings of Grove, Okla., won a Phoenix Bass Fishing League presented by T-H Marine event in October 2016 by cranking wing dams below Dardanelle Dam. That was unheard of at the time, but Collings established it as yet another option to consider.

In April 2017, Quincy Houchin of Mabelvale, Ark., won a Toyota Series Central Division tournament fishing a backwater pond on the north side of the lake. The rest of the field disregarded the pond because low water made it inaccessible the first two days of the tournament. The lake level rose before the third round and Houchin was able to squeeze his way in for the win.

Without question, the most popular area is a system of strip pits in a backwater area on the north side of the lake. It has a lot of wood and rock cover, with radical drops that provide shelter, thermal refuge and ambush points for the biggest concentration of magnum-size largemouths on the lake.

In the muddy conditions that will define this tournament, bass will likely be scattered and holding tight to structure. Anglers will have to scramble to find bass chasing shad in relatively clear water. Squarebill crankbaits are productive on wing dams and other current breaking structure. Lately, bass have been chasing bait reliably in mornings and evenings, making topwater baits productive in clearer water. 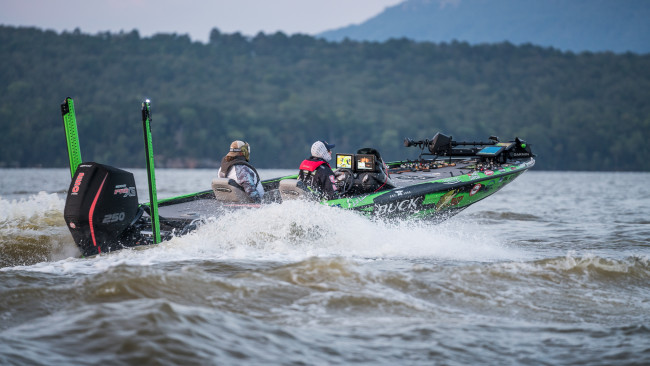 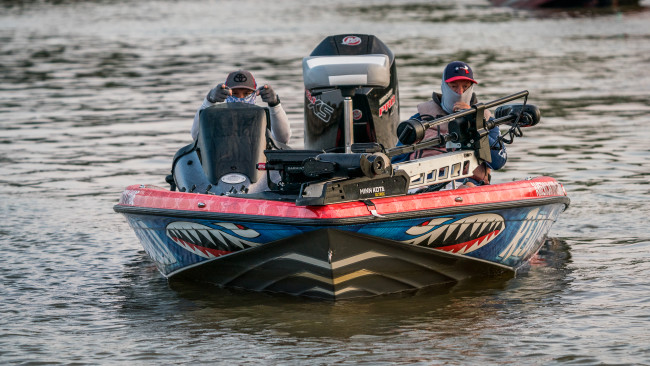 Because of muddy water, few anglers have identified a dependable pattern. Usually 15 to 17 pounds a day is possible at Dardanelle in good conditions, but with bass becoming more aggressive with the onset of fall, local anglers say that 20 pounds per day will be necessary to win.

A.J. Mays of Cabot, Ark., says that inflow of muddy water has made fishing difficult recently, but he has still been able to catch limits every day he’s practiced.

“What’s been working for me is fishing rockier banks closer to deep water with riprap and wood,” Mays says. “In muddy water, bass get close to rocky banks that have access to deep water. I’ve been taking advantage of the topwater bite early and mixing it up with jigs and moving baits throughout the day.”

Anglers hoping for a dramatic change in water quality and current flow will be disappointed.

“We would have to have rain and they’d have to open the floodgates to flush some of that water out of here,” Mays says. “It’s stagnant with minimum flow, and that colored water is not going to go very far. The person that bounces around and hits high-percentage spots and finds cleaner water will be the person that pulls this tournament off.”