The leaders are seeing mixed success 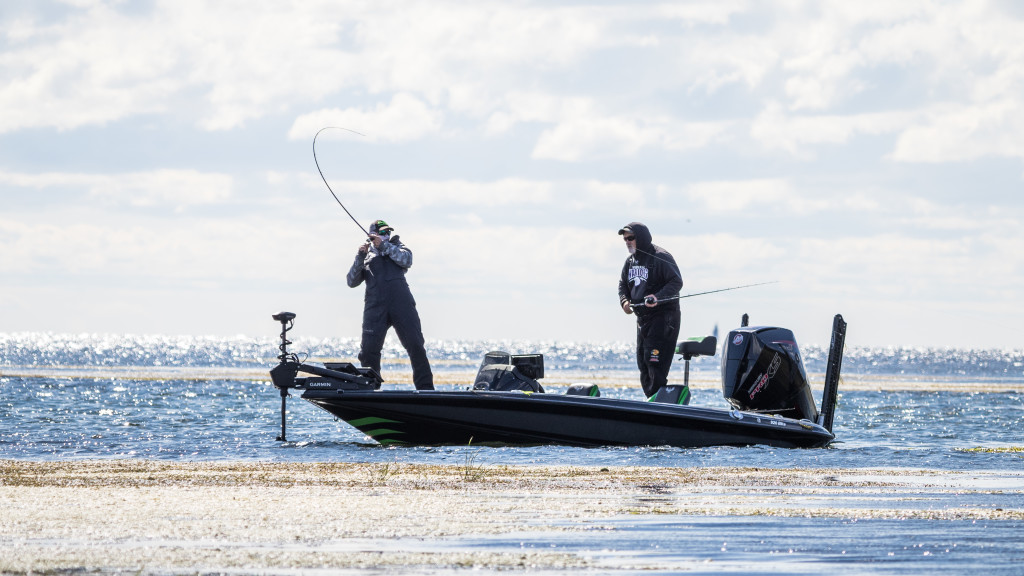 With strong wind from the north again, the Toyota Series Northern Division field was again confined to the actual Detroit River. On day one, the fishing was quite good, and several pros crossed the 20-pound mark and plenty of limits hit the scales. Today, things seem a little tougher.

Perhaps because of dirtier water in the river or perhaps because of the pressure, the fishing just hasn’t been quite as good as it was on day one. Still, it’s not bad, and there are a lot of ways to catch them. From flipping for largemouths to cranking or dropping on smallmouths, there’s a lot of variety available for just one river.

In the lead after day one, Troy Stokes got off to another good start. Picking up a trio of smallmouths for about 9 pounds pretty early, he hadn’t even hit any of his big fish spots when we left him. In second, Scott Dobson had just two around mid-morning, but they were good ones, totaling up about 7 pounds. Obviously, there’s a long time to go in the day, but we never hit on anyone that’s going to soar up the leaderboard with a giant bag, but there are definitely going to be some folks that drop out if their luck continues.

Only the top 10 fish tomorrow, and weigh-in starts at 3 p.m. ET, so be sure to watch it live online.

Below is the rundown of updates we’ve gathered so far.

Cory Johnston – one small one