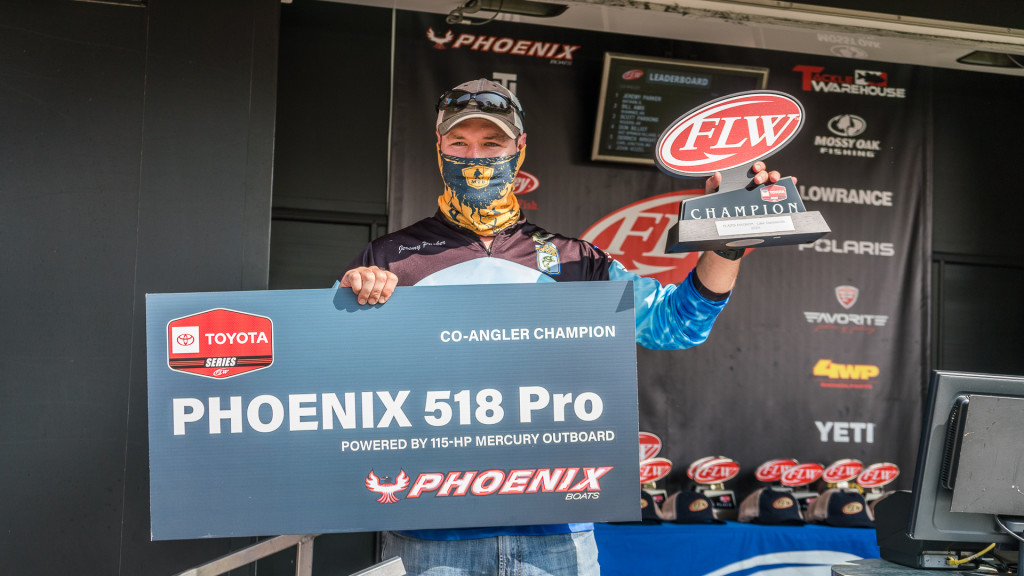 Riding with pro winner Jason Lieblong was profitable for Jeremy Parker of Batavia, Ill., who made it a daily double by winning the co-angler title at the Toyota Series Plains Division opener at Lake Dardanelle presented by Fish-Intel.

Parker boated two keeper largemouths on Saturday weighing 4 pounds, 14 ounces to cap a total three-day weight of 17-1. He squeaked past Bill Amis of Shawnee, KS., who led the first two days, by a mere 5 ounces to win a Phoenix 518 Pro bass boat worth over $33,000.

“It means so much to be able to come up to this next level,” says Parker, who made just one top 10 in the Phoenix Bass Fishing League presented by T-H Marine.

On day one, Parker was paired with Tommy Martin of Hemphill, Texas. He boated three keepers weighing 4-15 to end the day in 21st place.

“He got me around some fish on some shell beds,” Parker says. “He was throwing a big worm. The only way I know how to fish shell beds is to grind them with a crankbait, so that’s what I did.”

“I couldn’t find another one anywhere, so I bought some gold paint to try to make my own, but it didn’t work,” Parker adds. “That’s the only one I had.”

On day two, Parker rode with Aaron Mize. They ran to the skinny water upriver and flipped wood cover. Parker is well versed in that pattern at his home on Lake of the Ozarks. He used green pumpkin/red flake Zoom Baby Brush Hogs to boat four keepers weighing 7-4 and advance to fifth place.

Today, Parker rode with Lieblong, who also started the day in fifth place. While Lieblong had a banner day, Parker only boated two keepers – but they were enough. 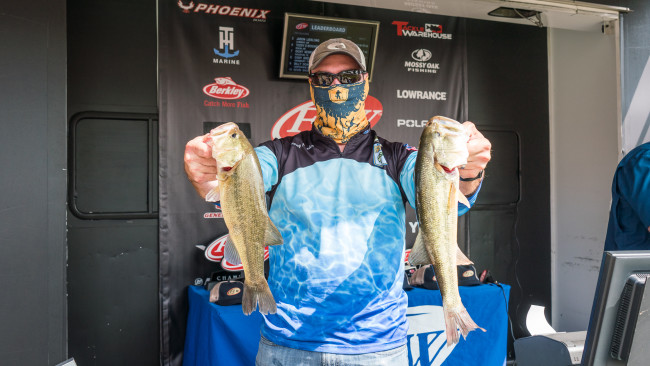 “We were throwing white ChatterBaits,” Parker says. “He caught some good ones on it, so I never put it down the rest of the day. We’d just burned it through balls of shad, and they just nailed it. I probably caught 10 to 12 short fish. It was just a matter of getting through them and getting the two keepers.”

Parker expressed gratitude to his pros for putting him in position to catch some fish in his first multi-day FLW event.

“I’ve heard a lot of horror stories, but every single one of those guys was outstanding,” Parker says. “I can’t thank them enough for teaching me stuff. That’s why you do this, to learn from some of these pros.”