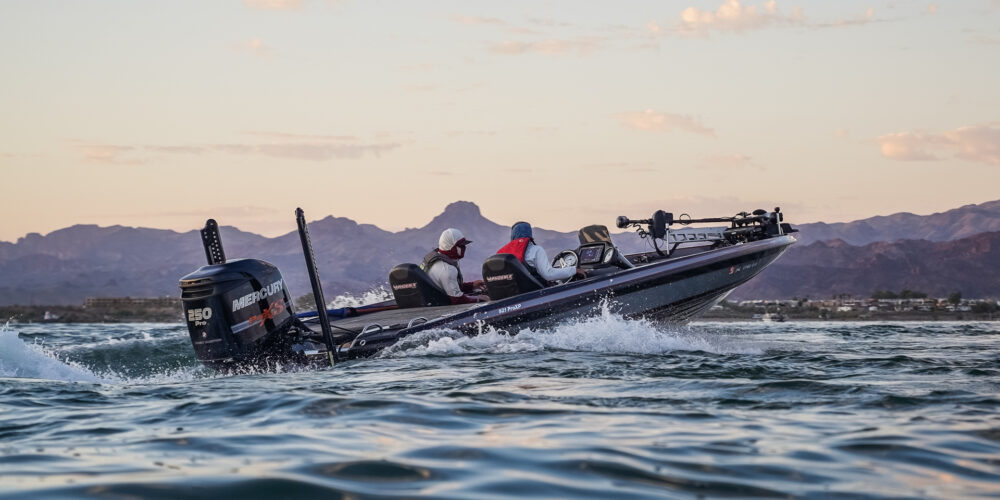 Lake Havasu is a regular staple of the Toyota Series Presented by A.R.E. Western Division. Yet, every time the circuit has swung down to the Arizona-California border impoundment, it’s been in the spring.

Obviously, that won’t the case this time around.

That said, it’s still Havasu, and with the fall transition seemingly ready to break loose any day, there’s high optimism it’s going to take some serious weight to contend in the season finale. That means extra pressure for anyone trying to finish in the top 25 pros and Strike King co-anglers in the division standings to make the Toyota Series Championship for a shot at $200,000 or more this fall on Pickwick Lake.

The Colorado River along the California and Arizona border was dammed up back in 1938 to create Lake Havasu. At a little more than 19,000 surface acres, Havasu isn’t gigantic, but it’s plenty big enough for a good-sized derby and more than big enough for this event’s modest-sized field to spread out. It’s split roughly into four portions: The Colorado River, the basin, the stretch running from the basin to the dam and the Bill Williams Arm.

As for what’s in it, Havasu is known for a healthy mix of largemouths and smallmouths, and either or both have been known to win tournaments on the lake. There’s some grass and tules and timber, but a lot of the cover comes from man-made cribs that are peppered all over the lake.

Tackle Warehouse Pro Circuit pro Tai Au is known to be an optimistic guy, but from what he’s seen in practice, he feels confident stepping even further out on that limb than usual. And considering he won last year’s Toyota Series event on Havasu, he’s one who might know a thing or two about when the lake is fishing well.

And right now, things are improving by the day, says Au.

The fall transition is starting to happen, with water temperatures dropping and baitfish starting to migrate, and Au feels it might hit full force any day.

“I fished a tournament here two weeks ago, and it was 114 degrees and the water temperatures were in the low 90s,” says Au. “Now the water is in the low 80s. It’s like an entirely different lake. Anything you were on two weeks ago is useless now, which is good because I wasn’t on much then.”

Aside from the water temperatures, another key thing that has Au and most anglers excited is that the water level is down almost two feet after it had been up for Labor Day weekend. With less water, the fish are going to be pulled from the shallow cover and congregate, which is ideal, according to Au.

“I think guys are going to be able to catch them far easier anywhere they want to fish,” says Au, who feels it will take more than 18 pounds a day to contend for the win. “I think some guys will play it safe and fish the river, but it’s hard to be consistent there in multiple-day events.

“I think the main basin is where it will be won. Someone is going to find the bait, find a mega school sitting with it and wreck them.”

Angler of the Year is at Stake

Au took home Angler of the Year last year and parlayed it into a successful rookie year on the Pro Circuit. Will this year’s winner do the same?

Phillip Dutra is in the pole position to do it leading the standings with 515 points. However, he’s never fished a Toyota Series event on Havasu. Then again, it’s not like the guys chasing him have fared much better when they have.

Michael Moreno (512 points) only has two Toyota Series events on Havasu, with a 36th-place finish … and a 105th. And the six anglers closest behind him have an up-and-down past there, as well. But, the seven closest to Dutra all trail by 20 points or less, leaving little room for error to take home the title.