Nichols Tops on Strike King Co-Angler Side at Champlain 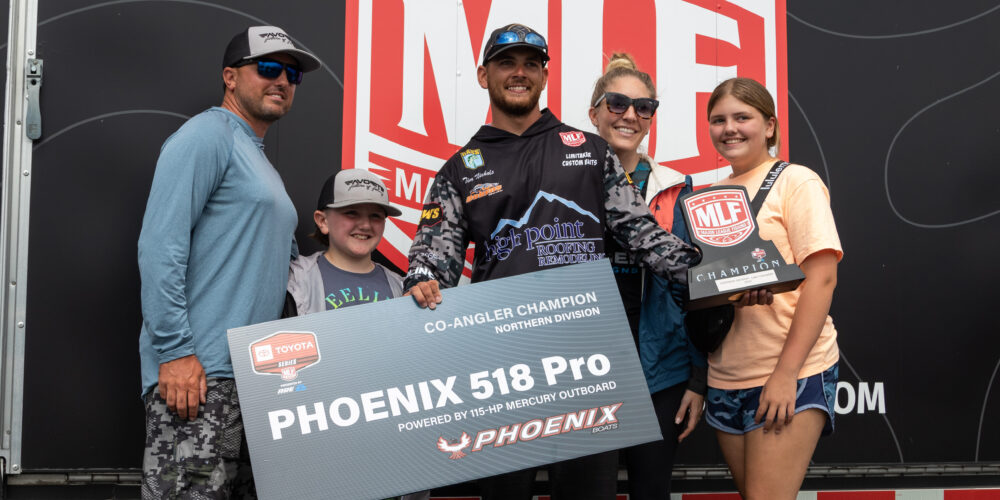 PLATTSBURGH, N.Y. – Catching 18 pounds two days in a row to start the event, Tim Nichols went into the final day with a pretty sizable lead on the Strike King co-angler side. On Day 3, he tallied another 17 pounds, 15 ounces for a 54-4 total to win the Toyota Series Presented by A.R.E. event on Lake Champlain. For the win, which is his second with MLF, the Pittsgrove, New Jersey, angler will take home a new Phoenix boat package and $1,250 in winnings.

“It’s an unreal feeling. I’ve done good in some other tournaments, took first in a BFL, but nothing beats fishing three days,” said Nichols, who is 23 years old and works in the Road Department for Pittsgrove Township. “It’s just an incredible feeling to know that I put my head to the grindstone, beared down, left it all on the lake and did what I had to do.”

Nichols says a drop-shot deep was the ticket on Day 1, and that he went with a Strike King Dream Shot with the tip dyed chartreuse. Day 2 saw him in the grass, and he caught largemouth with a 5-inch Yamamoto Senko with a ¼-ounce weight that he pegged. On the final day, fishing behind leader Wayne Vaughan, he dragged a Carolina rig with a creature bait.

“He was doing what I needed to do,” said Nichols of his day with Vaughan. “He was on fish, but he wasn’t chasing the fish. As soon as he told me that, I said ‘I’m gonna have a chance.’ I had to change up what I’d been doing. I had to start dragging, but it paid off.”

With a big influx of cash thanks to the win, it sounds like Nichols may take it to the next level in 2023.

“That’s been my dream,” he said. “I’ve been doing this since high school. I’ve fished as a co for three years now. I really think I’ve learned a lot. I run a boat back home, and I’d really like to bring it on the road to these big events.”