Northern Division Kicks Off the Season on Champlain 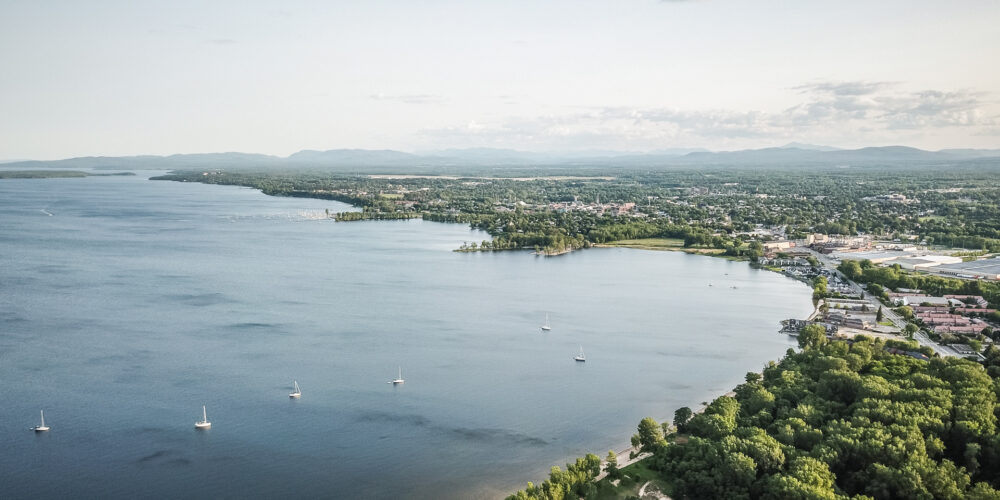 The last of the Toyota Series Presented by A.R.E. divisions to start the season, the Northern Division kicks off July 15-17 on Lake Champlain for what is almost guaranteed to be a fantastic event. One of the best lakes in the country, Champlain is just the beginning of a great schedule, which takes anglers to the St. Lawrence for a dose of world-class smallmouth and to the Potomac River for some largemouth and grass to wrap up the season.

The Northern Division offers great fishing and a break from the southern summer, but there’s an additional attraction as well. It is also a prime chance to fulfil the requirements of the new Wild Card division and make the Toyota Series Championship this fall on Pickwick Lake for a shot at winning $235,000.

At more than 100 miles long, Champlain offers plenty of options, and it’s not hard to find something in your comfort zone no matter what you like to do. Plattsburgh, where the tournament takes off, is a great place to be for access to the plentiful smallmouths in the more open areas of the north end, and it provides equally convenient access to the largemouths in the bays. The only issue is getting to the largemouths down south near Ticonderoga (Ti), which involves a 60-mile run over a lake that can get extremely rough at times. Dirtier and grassier, Ti has a well-earned reputation as a great place to go to win or make money, but it hasn’t been as good in recent years. In 2019 Casey Scanlon won an FLW Tour event at Ti, but the 2020 Bassmaster Elite Series event on Champlain was dominated up north.

This year, one of the stories of Champlain is the low water. The big lake never really filled up over the winter as it so often does, and it’s currently running about .2 feet below 2020 levels. Though it doesn’t sound like much, on a lake as big as Champlain that ends up being a lot of water, and locals are already noticing some changes.

“With the shallow water, man, the weeds have just been growing like crazy,” says Vermonter Jimmy Kennedy. “There is good milfoil already, it’s beautiful, it’s really nice. I haven’t caught a lot, they’ve been in a little bit of a funk, but they’ll be in there soon.”

While June fishing on Champlain has been great, with plenty of 20-pound bags of spawning smallmouths hitting the scales in local events, July can be even better.

“It’s not hard at all to say nice things about Lake Champlain, we are so lucky,” says Kennedy. “It’s been all about the bed fishing the last few weeks, but by July they’ll move off and go deeper. We’ll catch some postspawn smallies off the humps and reefs and hit the weeds for largemouth.

“I think in July, as usual, people will be able to do just about anything they want,” Kennedy adds. “If you run to Ti, there are going to be great weeds down there. Or you can fish deep – I’m already catching good postspawn smallies and they’re fattening up pretty quick. They’re just getting bigger and bigger, I don’t know if it’s the alewives or what going on, but they’re getting bigger.”

Bigger smallmouth are certainly a storyline to watch. Over the last few years, more 5-pound smallmouths have been caught than ever before, and Brandon Palaniuk won last year’s Elite Series event with 20 smallmouths for a stunning 80-1 winning total. Of course, in 2019, Bryan Thrift won with a combo of largemouths and smallmouths, and his key Day 1 bag of 22-6 was largely based on northern largemouths.

“I think it’s going to be half and half, like usual,” says Kennedy of the green versus brown debate. “I do think smallmouth are playing a bigger role here every year. People can stay up north now. It used to be you run to Ti for the big bags and stay up here for smallmouth and hope for the best. Now, you can win with smallmouth up north. Brandon [Palaniuk] and other people have showed that you can win with smallmouth up north. Still, it’s hard to say right now, with the weed growth, maybe largies will do it again.”

Species aside, the fishing is likely to be pretty dang good.

“I’m gonna go big, because it’s been fishing well,” says Kennedy when asked for a winning weight. “I think it’s going to take 60-plus, probably 62 to 64 pounds, I think someone is going to be on ‘em that good.”

Champlain is famous for the options it provides, so anglers will be able to put a lot of rods on the deck if they want to.

“I’m going to be throwing an X Zone Slammer drop-shotting for sure,” says Kennedy. “And a Jackall Rhythm Wave Swimbait, that thing has been catching big ones, and a lot of them. And an X Zone Muscle Back Craw for largemouths in the weeds.”

Beyond Kennedy’s picks, there are a lot of other options depending on where you fish or what you like.

For folks running to Ti, grass-type baits will dominate. Flipping baits, vibrating jigs and frogs will be abundant. There are also sure to be some fish caught off hard cover down south, and crankbaits will get the call for that.

Up north, there’s a lot more mystery. Carolina rigs are always good for the smallmouths in the summer, and the usual finesse offerings are going to catch bass. Depending on the weather, a spy bait might make some waves as well. One fun possibility that seems to have gained some traction in practice is a big walking topwater. If you’re hunting largemouth up north, the best bets are usually a stick bait or something to flip.

Though border restrictions will hopefully be a non-issue by the end of the season, MLF is still willing to go the extra mile to help Canadian anglers fish events this year. If you need an essential travel letter to aid with border crossing, MLF officials are happy to write them. To get the process going, contact Toyota Series Tournament Director, Mark McWha.