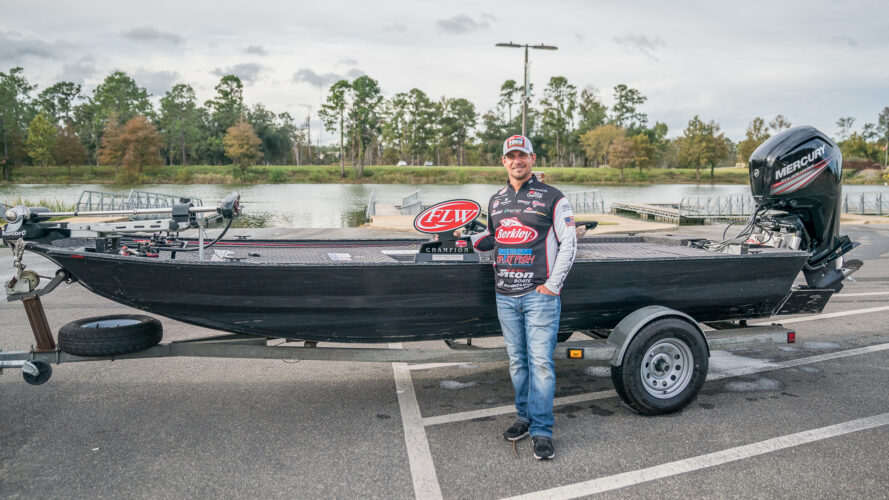 BAINBRIDGE, Ga. – During all three days of the Toyota Series Southern Division event on Lake Seminole, MLF pro Keith Poche stuck to his game plan: He ran his small aluminum boat way up the Flint River, about 45 miles north of the boat ramp in Bainbridge, to target shoal bass and largemouths.

That strategy paid off in a big way, especially on Championship Saturday when he moved up from fourth place to win the tournament with a three-day total of 46 pounds, 6 ounces.

“I was happy to have made the Top 10 and fish up there another day,” Poche said. “I figured I might stay in the top five with my catch and get a decent check for the week. But to win this thing? Man, I’m still a little shocked. Especially to think I’ve never fished one of these events, and as of five days ago, I wasn’t going to fish this one. It’s crazy how it all worked out.”

On Saturday, most of the Top 10 pros went in the opposite direction and headed down the lake to target grass. That includes the McMillan brothers, Jared and Dillon, who took turns leading the tournament on days one and two. While Jared McMillan brought more than 21 pounds to the scales on day one, and Dillon weighed-in 24-4 on day two, neither of them were able to find what they needed to win it on the final day.

“I realized pretty quickly that because of the fast current, it was a total reaction bite,” Poche said. “The fish were holed up in the current breaks and they would bite as soon as it hit the water and started to fall. There was no need to work the bait, let it sit or swim it out. It was: pitch, fall, one hop and pitch again. It became kind of a quick pitch game, pitching to as many current breaks and eddies as I could as my boat zipped by with the current.”

Poche says he was flipping a green pumpkin Berkley Pit Boss, paired with a 3/8-ounce weight and tied to Berkley Trilene 100% Fluorocarbon. He credits his 18-foot aluminum boat with a 90-horsepower Mercury for allowing him to access areas of the Flint River that he wouldn’t be able to in a fiberglass boat.