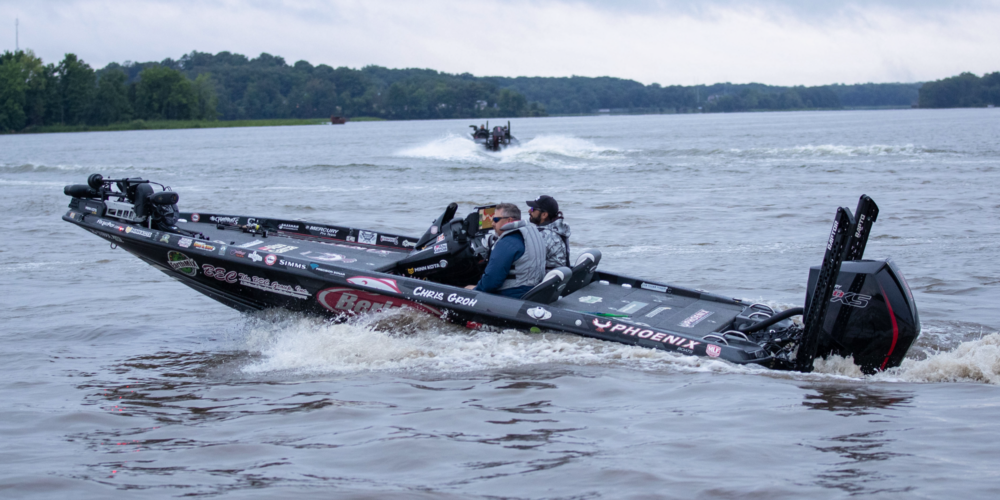 MARBURY, Md. – Who wants to see some power fishing at its finest with plenty of fish being caught? That’s what seems to be in store on the Potomac River this week.

To be fair, this is the seventh time the Toyota Series Presented by A.R.E. Northern Division has stopped at the river in the last decade, and almost every time, power fishing and endless limits always seem to be the norm.

Word is the grass is looking as good as it was back in its prime; and with perfect conditions for the grass bite seemingly lining up, it looks like the Potomac is about to show out.

There’s not much mystery around the Potomac, as countless big tournaments have gone down on the tidal river shared between Virginia, Maryland and Washington, D.C. Running roughly north to south into the Chesapeake Bay, it’s a tidal river that usually fluctuates a couple of feet per day.

When people think the Potomac, they think grass. Bryan Schmitt admits that the grass has been a little lackluster the past few years. But, this year is different.

“Oh, it’s looking good,” said Schmitt, who has 22 Top 10s on the fishery to his name thus far. “The river is in the third year of an uptrend of the vegetation growing better every year. It hasn’t looked this good in seven or eight years.”

This update is music to everyone’s ears for this event.

According to Schmitt, the more grass, the bigger the bites, as it gives the larger fish more places to hang out of the current and gorge up. That said, those bigger bites won’t just be everywhere.

“Guys are going to catch fish everywhere they go, but a few areas will have that better quality,” Schmitt said. “The area might not look any different, but it just has better quality.

“And looking at the weather with the sun, calm conditions and maybe a little rain, it doesn’t get much better for grass fishing. It’s gonna pop.”

This year will be pretty much the same deal as the top 10 baits gallery from last year’s Tackle Warehouse Pro Circuit event.

Vibrating jigs, swim jigs and topwaters will all be heavily favored this week in and around the various grass areas. Though, dragging a soft-plastic stickbait around has been known to pull its fair share of fish if the bite gets tough when the tides switch.

“From what I’m seeing and hearing, the weights will be slightly better than the Pro Circuit event last year in June,” Schmitt said. “I’m not saying dramatically better, but they will be better.”

Last year, Jacopo Gallelli found something off the beaten path to stage a massive final-day comeback to win. As well known as the Potomac is, it still manages to surprise the field every so often and give one angler a magical place to mine alone.

Schmitt doesn’t see that happening this year, though.

“I could be wrong, but I don’t think somebody is going to find something to themselves that has quality,” Schmitt said. “And if he does, I don’t think it will last three days. You might see someone bust an 18- or 19-pound bag all by himself, but I’d bet a lot of money he won’t do it again.

“Guys are going to have to get used to fishing in a crowd,” Schmitt said. “It will be about finding the juice within the juice, or figuring out presentations that might be a little different.”