Taking Stock of the Toyota Series Angler of the Year Races 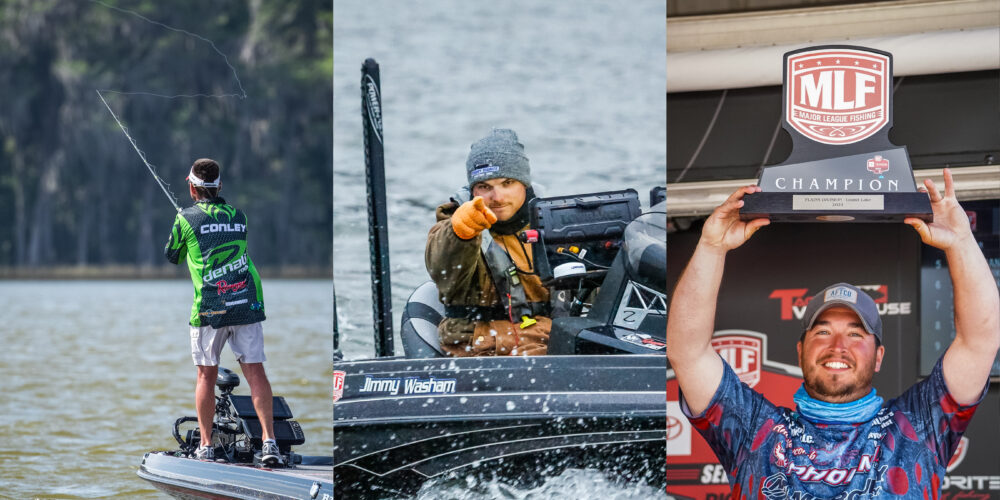 With four of the six Toyota Series Presented by A.R.E. divisions through two-thirds of the schedule, now is as good a time as any to take stock of the Angler of the Year races. The AOY races are important for a few reasons, most notably that the AOY or Co-Angler of the Year take home $5,000 and $2,000 respectively in each division. Additionally, the top five pros in each division qualify for the Tackle Warehouse Pro Circuit – which is an opportunity that some anglers are very much gunning for.

For those out of the hunt for AOY, there is still a lot on the line in the remaining season. The top 25 from each division qualify for the Toyota Series Championship, and the winner of each tournament advances to the championship as well, so the points don’t matter for everyone. Additionally, the new Wild Card division will keep a lot of pros and Strike King co-anglers in the hunt for the championship late into the season, as the top 12 in the Wild Card points will also make it to the big game on Pickwick.

Here’s a rundown of how things stand in each division at this point in the season.

Washam Locks Down the Central Division

In the Central Division Presented by Neat Companies the race for AOY might be over. With 517 points, Pro Circuit pro Jimmy Washam leads Steve Lopez by 15 points ahead of the finale on Lake Chickamauga. Chickamauga isn’t Washam’s home fishery, but it’s hard to imagine him slipping up too badly at the end of the season. Still, if he does, there’s plenty of Tennessee River talent ready to pick up the slack.

On the Strike King co-angler side, the race is a little more prone to fluctuation. With a slim lead and 493 points, Blake Lewis is leading the way. Behind him, Larry Franks Jr. has 487 points and is looking to overtake him. Though the points are close, Lewis is an experienced angler with quite a bit of MLF history on his side, so he’s looking decent heading into Chick.

Southern Division is Going Down to the Wire

If you want a tight points race, the Southern Division is the one for you. Similar to many years in the smallmouth-centric Northern Division, two tournaments to start the year in Florida have the standings packed tight. In the lead, Michael Conley has 501 points through two events. Behind him, Nathan Thomas has 500 points and Pro Circuit pro Joshua Weaver has 499 points. The final event of the season takes place at Lake Seminole, which just happens to be the preferred stomping grounds of Conley and Weaver. Stay tuned on this one – there’s a good chance it will come down to the final day of the final event.

Oddly enough, the Strike King co-angler standings are pretty spread out in this division. With a 14-point lead, Todd Classon gets to fish his home lake to end the season. It’s certainly not a lock, especially considering Classon isn’t driving the boat, but it’s about as good a situation as he could ask for.

Newcomb has the Edge in the Plains Division

You would think that finishing first and second in the first two Plains Division events would give Andy Newcomb a pretty solid lead on AOY. While he is in the lead, Eric Olliverson’s similarly superlative start has him just 10 points off the pace – with TJ Martin in third and just 13 points back, the season finale at Lake Dardanelle could be awfully exciting. Still, while Newcomb looks poised to qualify for the Pro Circuit and perhaps finish with an AOY title, it’s worth noting that Dardanelle is a very different fishery than Lake of the Ozarks and Grand, so a lot of shuffling in the standings wouldn’t be too surprising.

The race for AOY on the co-angler side is about as tight as it gets. After two events, Dennis Young is in the lead with 500 points. Behind him, Jason Sandidge, Rob Crane, Andrew Hegerty and John Hoyer are all within 10 points of the lead. Young has a decent amount of experience, but things are a little too close to start clearing the mantle now.

A perennial contender in the Southwestern Division, Jeff Reynolds is in position to lock down his first AOY title if he can solve Sam Rayburn twice in a row. With 506 points to lead over Nick Aber, who has 493 points, Reynolds has a good lead. Still, he’s probably not 100 percent confident in the lead – though he has some good finishes on Big Sam, Reynolds also has a few he’d probably like to forget.

Now, behind Reynolds and Aber, who both hail from Oklahoma, there are some genuine Texas sharks circling. Dicky Newberry has 488 points and Todd Castledine has 487 points, and both have done some big things over the years on Rayburn. Reynolds or Aber could absolutely fish themselves to a title, but if they slip up, you’d have to think someone with a Texas address will be coming in hot.

As for the co-anglers, Zack Freeman fished his way to a win on the co-angler side in a Series event on Sam Rayburn in 2019. Now, the Arkansas angler has the edge after two events in the Southwestern Division and is heading back to the Texas pond for a shot at an AOY. With 501 points, Freeman has a moderate edge on Oklahoma angler Curtis Biram, who has 490 points.

There’s Still Time to Throw Your Name in the Hat

Though most of the Toyota Series divisions are winding down a little, two have yet to start. While the Western Division is perhaps a bit of a drive for some, the Northern Division starts up this summer and is sure to offer some stupendous northern fishing. Also, if the Wild Card division is of interest, you can pick your own dream scenario from the remaining schedule. The Toyota Series Championship is a no-entry-fee event and the winner will take home at least $200,000, and possibly a lot more. Taking place this fall on Pickwick Lake, it’s one you don’t want to miss.