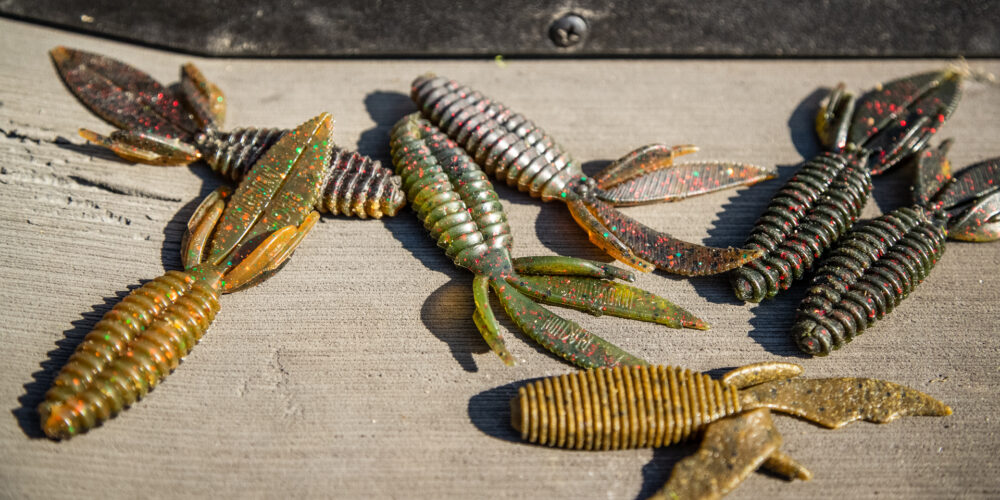 Through the first two days of the Toyota Series Presented by A.R.E. Northern Division event on the Potomac River, the fishing was really quite good, and practice expectations were surpassed. On the final day, only two pros caught more than 13 pounds and half the Top 10 failed to wrangle a limit. Still, they got there, and along the way, the crew showcased a variety of ways to approach a tough bite on a late-summer tidal system.

2. Aaron Dixon caught morning fish on a spinnerbait two of the days, but his big weight came with a 2-ounce weight and a California 420-colored Reaction Innovations Sweet Beaver.

3. Maybe the most consistent pro the whole week, Nolan Gaskin flipped a Reaction Innovations Sweet Beaver in the back of a creek on pads and wood. Because he wasn’t punching like the top two pros, he relied on 3/8- and ¼-ounce weights.

4. Nick Hatfield enjoyed a good topwater bite with a Lobina Rio Rico on Day 1 and Day 2, but did his best work with a 3/8-ounce Z-Man Evergreen ChatterBait JackHammer and a Zoom Ultra Vibe Speed Craw on the final day.

5. Fishing docks for most of the week, Brian Latimer fished shallower ones with a Z-Man Sling BladeZ and deeper ones with a twilight Z-Man Long ShotZ on a drop-shot.

6. Sticking to shallow wood, Robby Lefere caught every one of his fish on a Strike King Punch Bug with a 3/8-ounce weight.

9. Day 3 was not kind to Matt Becker, but he’d wrapped up Angler of the Year at that point, so it took the sting off it a little. On the week, virtually all of Becker’s bigger fish came punching a Googan Baits Bandito Bug with a 1 1/2-ounce weight.

10. Danny Shanz took an unusual approach to the Potomac, throwing a buzzbait with a swimbait trailer and a homemade ¼-ounce spinnerbait with a single No. 4.5 willow leaf blade.