Western Division Starts the Season at the Cal Delta 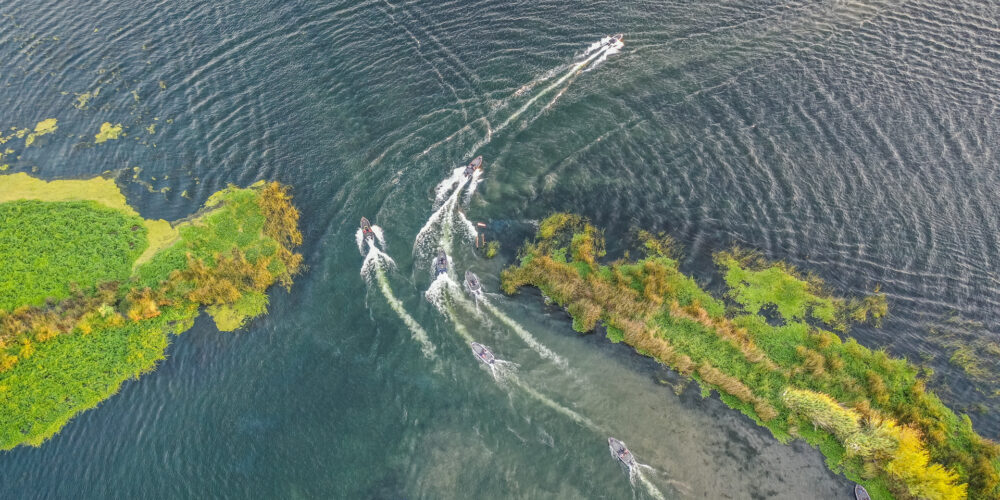 The Toyota Series Presented by A.R.E. Western Division is set to get underway May 13-15 at the California Delta. One of the premier fisheries on the West coast, the Delta is fed by a variety of rivers and has been home to great fishing for years. It has also contributed to some of the most memorable moments in Western tournament history.  This year, hitting the Delta in May should produce another great event, with plenty of postspawn bass on the menu for pros and Strike King co-anglers alike. With the Toyota Series Championship paying as much as $245,000 to the winner, it’s not something you want to miss.

The owner of a pair of top-10 finishes in MLF competition on the Delta, Kyle Grover isn’t a local, but he stays in tune with the fishery.

“It’s like a giant golf course pond, where everything looks good and its massive,” Grover says. “I’ve been going for eight years now, and I’ve never caught ‘em in the same place twice. It’s always different, every single time – there’s always fish in the lakes, but it changes every year.”

This May, Grover expects most of the fish to be done spawning and in postspawn and summer patterns.

“It’s gonna be a mixture of everything for sure,” Grover says. “There hasn’t been a whole lot of rain this year, and we’ve got the full moon going on right now. So, you’re still going to have some spawners, but I think more postspawn. Probably there’s a major flood of fish spawning as we speak, so it will be more postspawn, and probably a lot of fish in the main areas of the Delta and places near the main current. They spawn early in the backend sloughs and stuff – now they’ll be closer to more water movement.”

Given a postspawn event, Grover thinks a lot of the staple patterns should be in play.

“The same old Delta stuff will be the deal,” Grover says. “Topwater will be a big deal. There will be multiple guys in the top 10 throwing frogs and punching. There’s always one or two guys doing the finesse deal, too.”

On the finesse side of things, a few pros are always successful with a Senko or a drop-shot on the Delta. Often, Grover is one of them.

“There are so many boats being sold the last two years,” Grover says. “As fishing has gotten more popular, that system gets hammered. There are always tournaments there, there’s always a bunch of guys on the water. It’s gotten more and more finesse as the years have gone on. I like to do the worm deal there. If you put it in front of a big one, a big one will bite it. You’ve got to weed through smaller ones a bit, but it’s something that guys who don’t live there can do and be successful.”

Regardless of the patterns, it should be a good event.

“It’ll take 18 to 20 pounds a day to make the cut, somewhere in that 38-pound range for two days,” Grover says. “I bet someone will crack a big bag one day at least and follow it up with some 20-pound days to win. This time of year, you’re for sure going to see some mid- to upper-20-pound bags. It’s going to be a really good tournament. The fishing is going to be good for sure.”

When it comes to filling the tacklebox ahead of the event, flipping and punching baits are a must as are crankbaits, vibrating jigs and topwaters like a River2Sea Whopper Plopper or a buzzbait.

“I always like to have a lot of margarita mutilator Roboworm Straight Tail Worms in my boat, fishing in the lakes around where they’ve been spawning,” Grover says. “Then, a Snag Proof frog to get better quality bites, and a Paycheck Baits punch skirt with a Reaction Innovations Sweet Beaver to flip.”

Whatever turns out to be the hot bait, the fishing should be good. The Delta is a unique and fascinating fishery. It is so good, in fact, the Toyota Series will make a return visit Aug. 3-5 before heading to Lake Havasu in Lake Havasu City, Arizona, for the Toyota Series Western Division’s third and final stop.