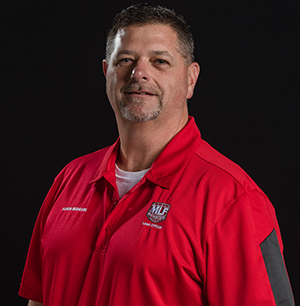 Aaron Beshears retired from a 20-year law enforcement career in 2010. He was raised bass fishing in Oklahoma and Arkansas and started weekend tournament fishing at the age of 18. He developed a love for the sport of tournament fishing soon thereafter and was very intrigued with the MLF format as well as the conservation effort displayed by the league. He began working as an MLF Official in 2013 and was promoted to one of the leagues “lead officials” in 2014. When the MLF Bass Pro Tour was created,  Aaron was hired as the MLF Official recruitment and training manager. In 2019, Aaron was promoted to the league’s Tournament Director.

Aaron lives with his wife, Candice, and two children, Morghan and Tayrn.