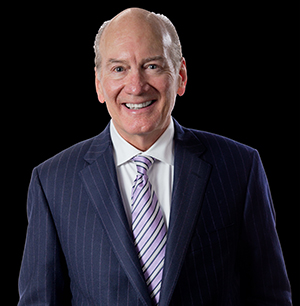 Jim Wilburn is the President, CEO, and driving force behind Major League Fishing as well as the Founder and President of Winnercomm. After graduating from the University of Tulsa with a B.S. in communications, Jim became the top advertising sales performer for local ABC affiliate KTUL. In 1981, he left KTUL and co-founded Winner Communications –20 years later, Winner Communications had become Winnercomm and produced almost 50 percent of the ESPN Outdoors program block. Winning 13 Emmy Awards and 2 Eclipse Awards, Winnercomm produced over 500 hours of programming annually for ESPN and 13 other networks. In 2006, Parallel Partners & Harbert Management acquired Winnercomm and in 2009, Parallel and Harbert sold Winnercomm to Outdoor Channel Holdings, laying the groundwork for the creation of Major League Fishing.

Wilburn has worked tirelessly in creating the hottest property in professional fishing, MLF, and supporting the outdoor industry as a whole. He has been inducted into the University of Tulsa Business Hall of Fame, as well as their Distinguished Alumni Association. He has served on the board for Holland Hall Preparatory School for five years and has served on the University of Tulsa Board of Trustees for the past twelve years.