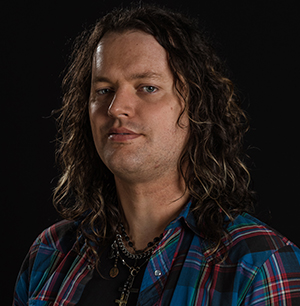 A 15-year veteran in television production, Jonny Wright has worked as a writer, camera operator, editor, and producer on original series’ for ESPN2, Outdoor Channel, World Fishing Network, Discovery Channel, and The Golf Channel. He is the Senior Editor of Major League Fishing’s shoulder programming, including the original series, MLF: All Angles.

A major passion for Jonny is music: he has a home recording studio, and plays concerts and releases original music with his band “The Wright Brothers” which is comprised of himself and three of his brothers. Jonny has also scored original music for a number of television shows. He composed, produced, and performed the theme music heard in all Major League Fishing Select, Cup, and World Championship shows.

Jonny resides in Tulsa, Okla. with his wife, Angelene, and son, Mickey.