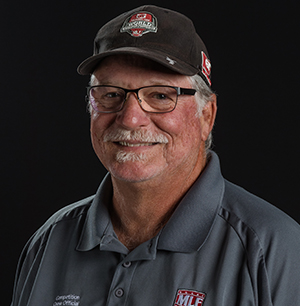 Mike served in the US Marine Corps for 7 years as a Helicopter Crew Chief. Ooh Rah!  After that, he was an aviation maintenance technician for 24 years with American Airlines. After he retired, he became a Major League Fishing Official in 2015. Mike is a proud father of three daughters and has seven grandchildren, a Labrador Retriever, a German Shepherd, and three kitties. He lives at Lake Hudson and likes to fish as often as possible.