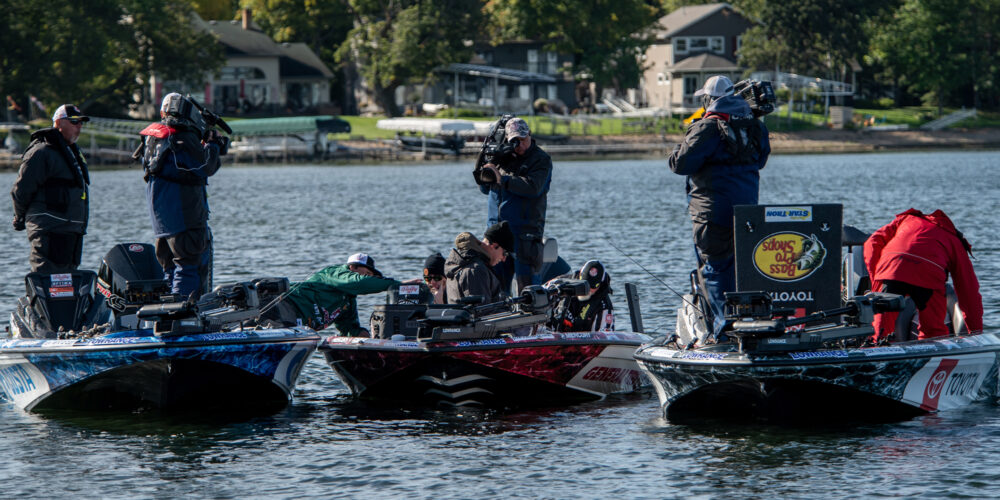 ALEXANDRIA, Minn. – Before they even arrived at the Lucas Oil Qualifier Presented by B&W Trailer Hitches, Team Knighten Industries knew they had one thing working in their favor – undeniable chemistry. Team members Mike McClelland, Wesley Strader and Scott Suggs had spent the week prior to this event fishing for fun in a different part of Minnesota. Not to mention, the three MLF pros have known one another for 20-plus years.

That friendship became apparent when it was time to compete on Lake Ida, a body of water that none of the pros had seen before. During the first day of their match, Team Knighten Industries racked up 222 pounds, 15 ounces on SCORETRACKER®. They’ll head into the second day of this match with a lead of more than 70 pounds over second-place Team Builders FirstSource.