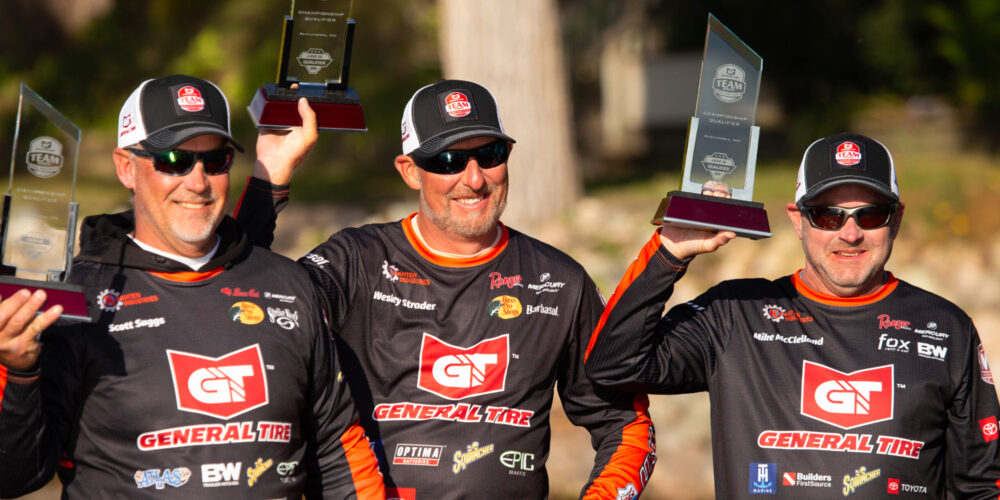 ALEXANDRIA, Minn. – When the MLF pros returned to Lake Ida for the second day of their match, they knew Team Knighten Industries was the one to beat. Mike McClelland, Wesley Strader and Scott Suggs worked together to put a 73-pound cushion between them and second-place Team Builders FirstSource.

By the end of the day, Team Knighten Industries won the second match of the Lucas Oil Qualifier presented by B&W Trailer Hitches with a 100-pound lead over second place. They’ll advance to the General Tire Team Series Championship, which will take place in Lakeland, Florida, later this season.