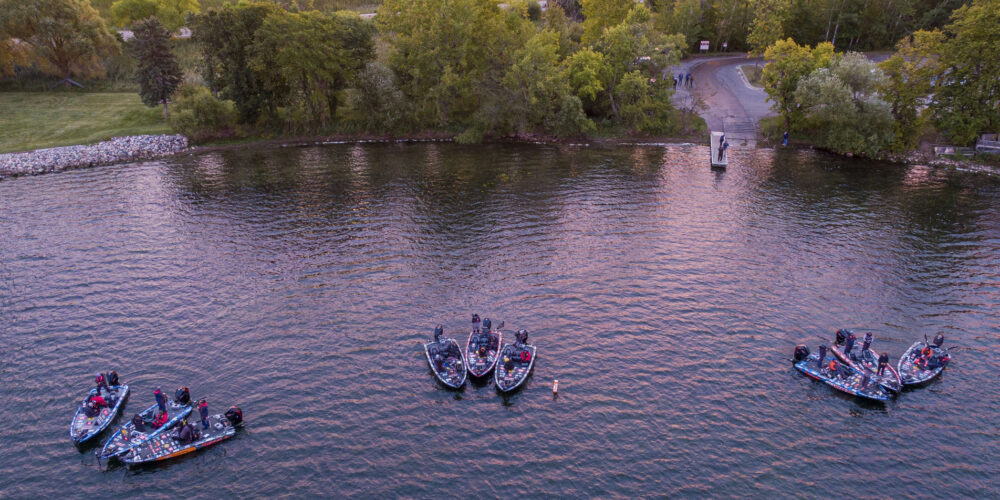 ALEXANDRIA, Minn. – Major League Fishing and 27 of the world’s best pro anglers wrapped production this past weekend at the General Tire Team Series Lucas Oil Qualifier presented by B&W Trailer Hitches in Alexandria, Minnesota. The event, hosted by Explore Alexandria Tourism, and filmed entirely for television broadcast, was shot over six days and featured nine teams of three anglers competing to finish in the top three to advance to the General Tire Team Series Championship.

Central Minnesota and Alexandria have played host to numerous bass-fishing tournaments over the years, however, the General Tire Team Series Lucas Oil Qualifier presented by B&W Trailer Hitches event will mark the first time that MLF has visited Alexandria with an event that showcases the catch, weigh, immediate-release tournament format.

“The Alexandria area has long been a destination for fishermen, but that’s been somewhat overshadowed by all of the families who spend their time here in the heart of lakes country, not only enjoying time on the water, but also the golf courses, the parks and our other great vacation venues,” said Joe Korkowski, Executive Director of Explore Alexandria. “Having the Major League Fishing anglers put their expertise to the test on a few of our lakes brings the attention on fishing to a whole new level.

“Living in Minnesota, with our four very distinct seasons, we know the importance of being adaptable,” Korkowski said. “These pros are demonstrating just how good they are at figuring out all of the elements that go into a successful day on the water and showing the average fisherman what’s possible. Alexandria is a great community for many reasons, including the fishing, hunting and other outdoor recreation, but the friendships, collaborations and community spirit are why we say it’s easy to get to, but hard to leave.”

The six-episode, two-hour series features the professional anglers visiting the Alexandria area to compete on Lake Le Homme Dieu or Lake Ida on each day of competition. The anglers do not learn where they are competing until they arrive to the launch ramp each morning of competition, creating a reality-based television episode that showcases how the top anglers in the world break down new and unfamiliar waters.

The nine teams that competed in the General Tire Team Series Lucas Oil Qualifier presented by B&W Trailer Hitches in Alexandria, Minnesota, are: