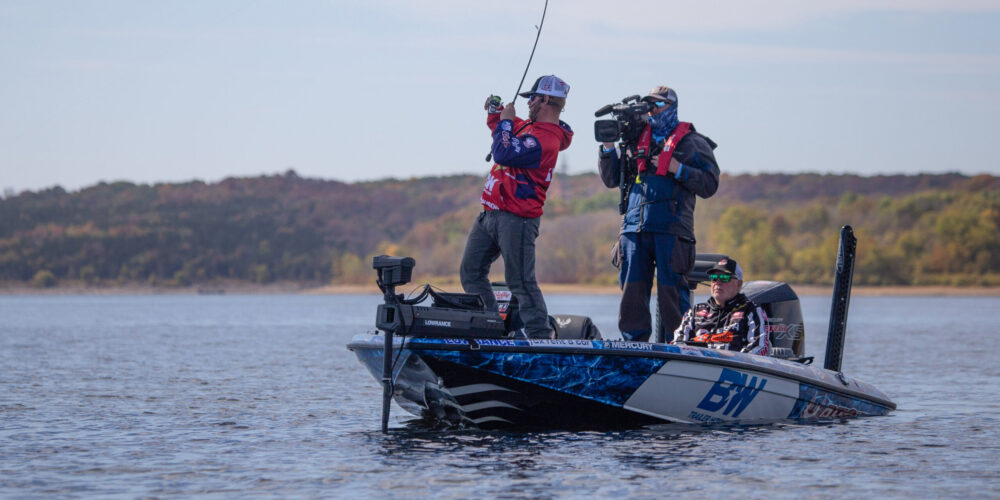 BOLIVAR, Mo. – Major League Fishing and 27 of the world’s best pro anglers wrapped production this past weekend at the General Tire Team Series Costa Qualifier presented by Toyota in Bolivar, Missouri. The event was filmed entirely for television broadcast and shot over six days, featuring nine teams of three anglers competing to finish in the top three to advance to the General Tire Team Series Championship.

The six-episode, two-hour series features the professional anglers visiting southwest Missouri to compete on different areas of Stockton Lake on each day of competition. The anglers did not learn what sections of the lake they were competing on until they arrived to the launch ramp each morning of competition, creating a reality-based television episode that showcases how the top anglers in the world break down new and unfamiliar waters.

The nine teams that competed in the General Tire Team Series Costa Qualifier presented by Toyota were:

The winning three-man team in the General Tire Team Series Championship will claim the $300,000 top prize. The second-place team will earn $60,000, and the third-place team will win $30,000. Teams that place fourth through ninth in the championship will each earn $15,000 prize. All anglers receive $3,000 for participating in the no-entry fee Qualifying Events.