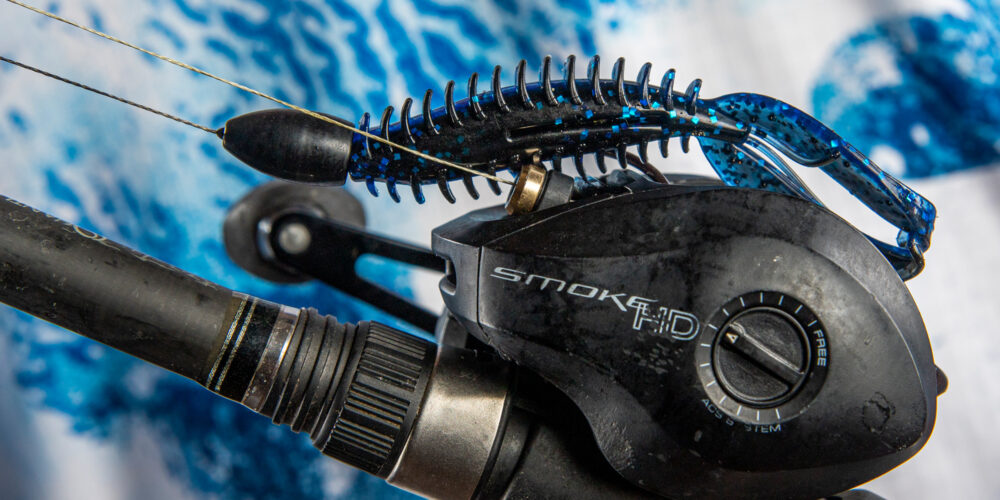 MLF pro Casey Ashley loves using the Zoom Z Craw Jr. for multiple applications. Whether he’s flipping it through heavy cover or tying it on his favorite finesse rig, Ashley gives five reasons why he never leaves for a fishing tournament without several bags of Zoom Z Craw Jr’s.

All anglers love to have versatile baits in their boat for any situation they may encounter. A bait that can do more than just one thing is something that the South Carolina pro has to have.

“It’s a creature bait for flipping and it’s also a finesse bait,” Ashley said. “You can flip it in bushes or in the grass while also using it in whatever finesse way you choose. No matter how you choose to use it, it will get you bit.”

The Zoom Z Craw Jr. is very similar to its bigger brother, just with a smaller profile. While that smaller size may make it seem like you’re sacrificing action, Ashley explains why that’s not the case.

“It has ribs on the sides that give it really good action along with the two tails,” Ashley detailed. “Even with shrinking down the size from the 5-inch Z Craw, the 3.5-inch still has great action. Those appendages catch a lot of water and move the water to attract those fish.”

Ashley explains that all of that action along with the smaller size makes the 3.5-inch creature bait an ideal trailer for whatever jig you’re using.

“I love putting it on the back of a vibrating jig, swim jig, or football jig,” Ashley listed. “It has that great action, so it makes it the perfect trailer to have on the back of any jig you feel like using. The bait has enough body, so it gives the bait some substance. But, it also works well because of those kicking tails.”

While Ashley admits that disturbing water is a key to attracting fish, he believes that too much can sometimes be a bad thing. That’s why the subtle vibration of the Z Craw Jr. is something that Ashley can’t go without.

“It’s really hard for us as anglers to mimic the vibration these fish feel in the water,” Ashley explained. “Yes, we have blades on jigs, bills on crankbaits and stuff like that, but it’s the subtle vibration that makes the most difference. That’s what this bait gives you that I think a lot of other baits can’t duplicate. That subtle vibration from the ribs and tail cause those fish to seek it out and bite it more often than not.”

Of course, the South Carolina angler is a big fan of flipping to find bites. When it comes to the perfect flipping bait for numbers, Ashley points to the Z Craw Jr.

“The profile is just hard to match with this bait when flipping,” Ashley said. “There’s obviously a bigger Zoom Z Craw, but I prefer the Jr. size when I’m trying to generate more bites. It has a good weight to it while also being small enough to slip through grass and other vegetation. Whether I’m up north or down south, I love flipping this bait.”