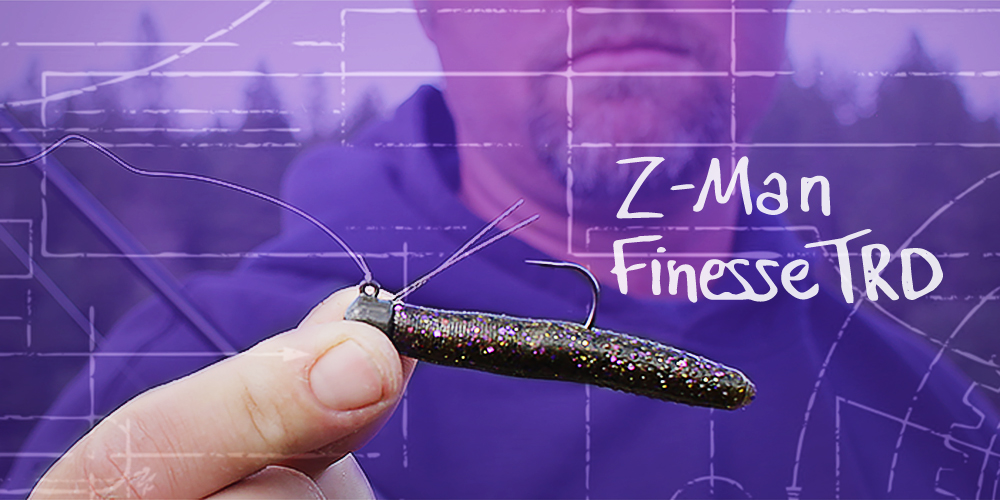 It's one small bait, but Luke Clausen has five reasons why the Z-Man Finesse TRD is a staple in his tackle box.

MLF pro Luke Clausen put plenty of fish on SCORETRACKER® during the 2019 Bass Pro Tour season with a Z-Man Finesse TRD. It doesn’t matter where he goes across the country, he always has multiple packages of the TRD (The Read Deal) in his boat, ready to rig up.

The Washington pro gives us five reasons why the Z-Man Finesse TRD is not only a great bait for him, but why it should be a staple in your tackle box as well.

In the MLF format, Clausen has caught plenty of scoreable bass of all different sizes and weights. You hear some anglers preach the “big bait, big bites” motto, but that doesn’t necessarily ring true for the Mercury pro. When he has a the Ned-rigged Finesse TRD tied on, he knows that any bite is possible.

“The bait just catches fish of all sizes,” Clausen said. “From 7-pounders to 7-inchers, it doesn’t matter, they all bite a Ned rig. It’s a great way to get bites when you need bites.”

Clausen has fished all around the country for largemouth, smallmouth and spotted bass, and regardless of the species bass, Clausen knows they have eyes for a TRD on a Ned rig.

“It doesn’t matter what kind of fish you’re fishing for, they all three bite a Ned rig,” Clausen explained. “The bait isn’t pigeonholed into only getting bites from one species like you can see with some other baits. If the conditions are right, it’ll catch all three species. The cleanest water is where it works the best. I have caught fish in dirtier water before with it, but the cleaner the better, honestly.”

Although the TRD was designed specifically for Ned-rigging, Clausen doesn’t use it just for that presentation. He says the bait is far too versatile to limit to just one use.

“I’ll Texas-rig the TRD, even on heavier line,” Clausen detailed. “You can also use it as a drop-shot, that works very well. A lighter head can be great to get under shallow docks, too. You can also pitch through holes in the grass. Tons of different ways to use it.”

Whether he’s drop-shotting or Ned rigging, Clausen has a few different weights he uses with his TRD.

“I’ll use a 1/10-ounce head if I’m really shallow or I want a slow fall,” Clausen detailed. “If I want it to drop quicker or I’m fishing deeper, I’ll use a 1/6-ounce weight. I use the 1/6-ounce more than anything to really fling the bait out there. I’ve started to use a 1/3-ounce, but I use that primarily for drop-shots since it’s so heavy.”

However you chose to fish the Finesse TRD, Clausen thinks you can’t really go wrong. There’s no special technique or hours of practice that go into it, the TRD is about as simple as it gets.

“It’s so easy to fish,” Clausen confirmed. “Anybody can fish this bait and you can get so many bites on the fall that you don’t even realize you’re hooked up until you’re reeling it back in. The ease of fishing makes this bait a no-brainer kind of bait.”