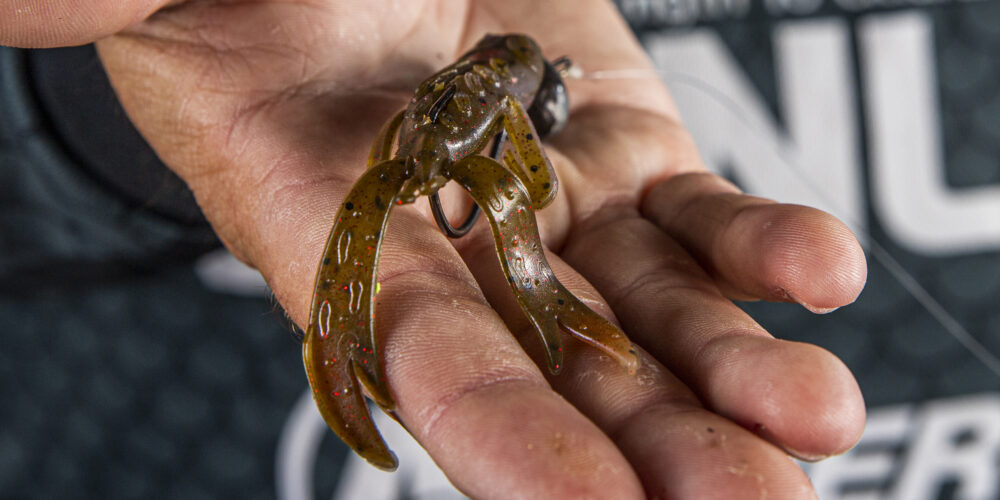 When Michael Neal is fishing during the fall, whether home in Tennessee on Lake Chickamauga or somewhere across the country competing in an MLF Cup, he always has a Big Bite Baits Fighting Frog tied on. The Mercury pro gave us five reasons why this particular creature bait is one of his favorites to use any time of the year, but especially in the fall.

1. Fish it on Multiple Rods, Weights

Instead of limiting himself to one rod and one weight of line, Neal says that the versatility of the bait allows him to use multiple different combinations.

“The rod I use for this bait can go all the way from a 7-foot medium-heavy to a big flipping stick,” Neal explained. “The line can also vary from 12-pound line all the way up to 20-pound line. It’s a very versatile bait that can work with different tackle and techniques, because you can use this bait in so many different applications.”

2. Multiple Ways to Use It

Neal says that the Fighting Frog is truly an “anywhere in the country, 365 days out of the year” type of bait, and his favorite applications for the bait back up that message.

“I throw this bait on a Carolina rig, a swinghead, or flipping,” Neal listed. “It’s my go-to bait when I feel like I have to get a bite. With so many different options to use it, I always feel like it’s in play for me. My favorite time to use it is around rocks with a ½-ounce swinghead. Those fish really mistake it for a crawfish around rocks.”

Baits are obviously made to mimic certain types of baitfish. But what if instead of just one specific baitfish, the Fighting Frog actually looked like three? Neal says it all depends on the color and technique you use.

“Depending on the color of the bait, you can imitate crawfish, bluegill or shad,” Neal said. “They have colors for each of those baitfish. The profile of the bait allows it to imitate any of those I listed, depending on how you fish it. It’s not like a big crawfish bait where that’s the only thing the fish will think it is. It can be seen as any of those that I mentioned.”

4. There’s Action, But Not Too Much

As the weather gets colder, fish get less active, as does their food. That’s why Neal prefers less action in the fall and why the Fighting Frog’s action is perfect when the temperature drops.

“It has some action, but it’s not over-the-top,” Neal explained. “This bait is a lot more subtle than other baits with appendages like this one has. Because of that subdued action, you can throw this in cleaner water around more finnicky fish. I don’t like using baits with a lot of action in the fall, just because it’s not natural. They’re cold-blooded animals and when it’s cold out, they don’t like to move around a whole lot. Those fish won’t fall for a fast-moving high-action bait.”

The Fighting Frog was designed by Big Bite and MLF pro Dean Rojas. Neal says that the time and attention to detail that Rojas put into designing this bait really shows when you start to examine it close-up.